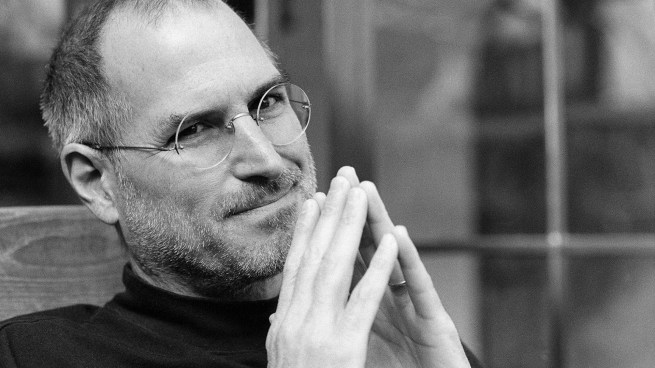 As has been reported before, the Jobs’ house was surprisingly casual, without security or even a garage. They kept their side door open, with cars parked in front, and a large garden that both Steve and Laurene tended to. The book retells a down-to-earth story where Steve, Laurene, Reed and a family friend coming to help a guy with a broken down car in front of their house, noting that this sort of anecdote might have surprised the general public, but was highly typical of the way Jobs actually lived. Jobs mightn’t have been a perfect person, the book suggests, but he sought and found comfort in his family.

Jobs was considered a rock star by employees, who coveted the invitation to take a walk with him, according to former VP Jon Rubinstein. His energetic pursuit of big goals — and increasingly smart financial incentives to stick around through sometimes abusively rough times — attracted and retained people. Additionally, Jobs had numerous assistants whose names are little known outside the company, notably including Bas Ording, who would rapidly mock up visual design ideas Steve would come up with and present them to software teams at Apple for execution.

Bill Gates’ frenemy relationship with Jobs gets quite a bit of attention in the book. It’s noted that Jobs was somewhat obnoxious to Gates, keeping him waiting for a meeting and attacking Microsoft’s lack of style, while an angry Gates at one point suggested that Jobs — already booted from Apple and in the midst of floundering at NeXT — was amongst a group of “losers” who were whining over Microsoft’s comparative success. Yet Gates and Jobs met for a mostly friendly historic joint interview for Fortune magazine at Jobs’ home in 1991, which they reprised on stage years later with Walt Mossberg.

Jobs referred to two people as “evil” in first-hand discussions with one of the authors: Jean-Louis Gassée and Michael Eisner. The book notes that Steve told Gassée that he was about to launch a coup against then-Apple CEO John Sculley, and Gassée responded by tipping Sculley, saving Sculley and leading to Jobs’ exile. Steve took his revenge years later, getting Apple to pass over Gassée’s struggling company Be in favor of acquiring NeXT. Eisner, once CEO of Disney, was famously reviled by Jobs during Pixar’s ascent to the top of the animated film world; eventually, Bob Iger’s replacement of Eisner led to a complete rebuilding of Disney’s relationship with Jobs, and Pixar’s acquisition, making Jobs Disney’s largest shareholder.