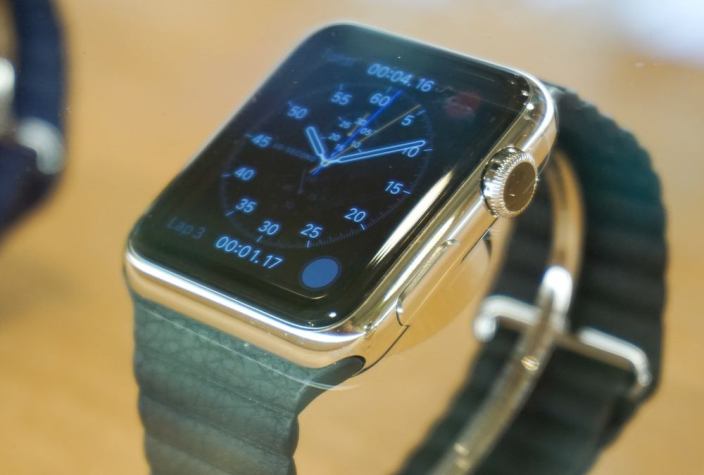 In a new report from KGI’s Ming-Chi Kuo, the usually accurate analyst estimates that global pre-orders for the Apple Watch will top 2.3 million units through May. A report earlier this week claimed that Apple Watch first day pre-orders were at almost 1 million units…

Kuo goes on to say that the production issues surrounding the Apple Watch center around the vibration unit of the device that provides haptic feedback and the display. The AMOLED display is provided by LG’s display unit which had been reported previously to be experiencing color performance and life span technical challenges, thereby limiting supply.

Kuo claims that Apple appears to be aiming at producing 2-3 million Watches per month – at least until a possible holiday ramp.

We estimate production could reach 2.5mn units in June, absent supply chain bottlenecks; thus global preorders are less than the 4.8mn units of combined production in March-June as most of those preordering can get Apple Watch in June. At present, iPhone shipments stand at 50-60mn units per quarter, suggesting less than one-tenth of iPhone users have preordered Apple Watch.

While 2.3 million pre-orders tops all other smartwatches, Kuo says it’s still too soon to tell if the Apple Watch will be a success. Early sales were to hardcore Apple fans in the US and abroad and aren’t necessarily indicative of long term success.

Furthermore Kuo discusses production of the next iPhone and iPad’s A9 processor in his most recent report. The analyst claims that TSMC will obtain 30 percent of chip orders for the next generation iPhone because of failures of GlobalFoundries.

While it has been reported previously that Samsung will manufacture the majority of the chips, Kuo says that Apple is concerned about insufficient 14nm capacity at Samsung. Samsung has reportedly had better-than-expected market feedback to its Galaxy S6 and S6 Edge flagships and has decided to dedicate resources to those devices at this time.