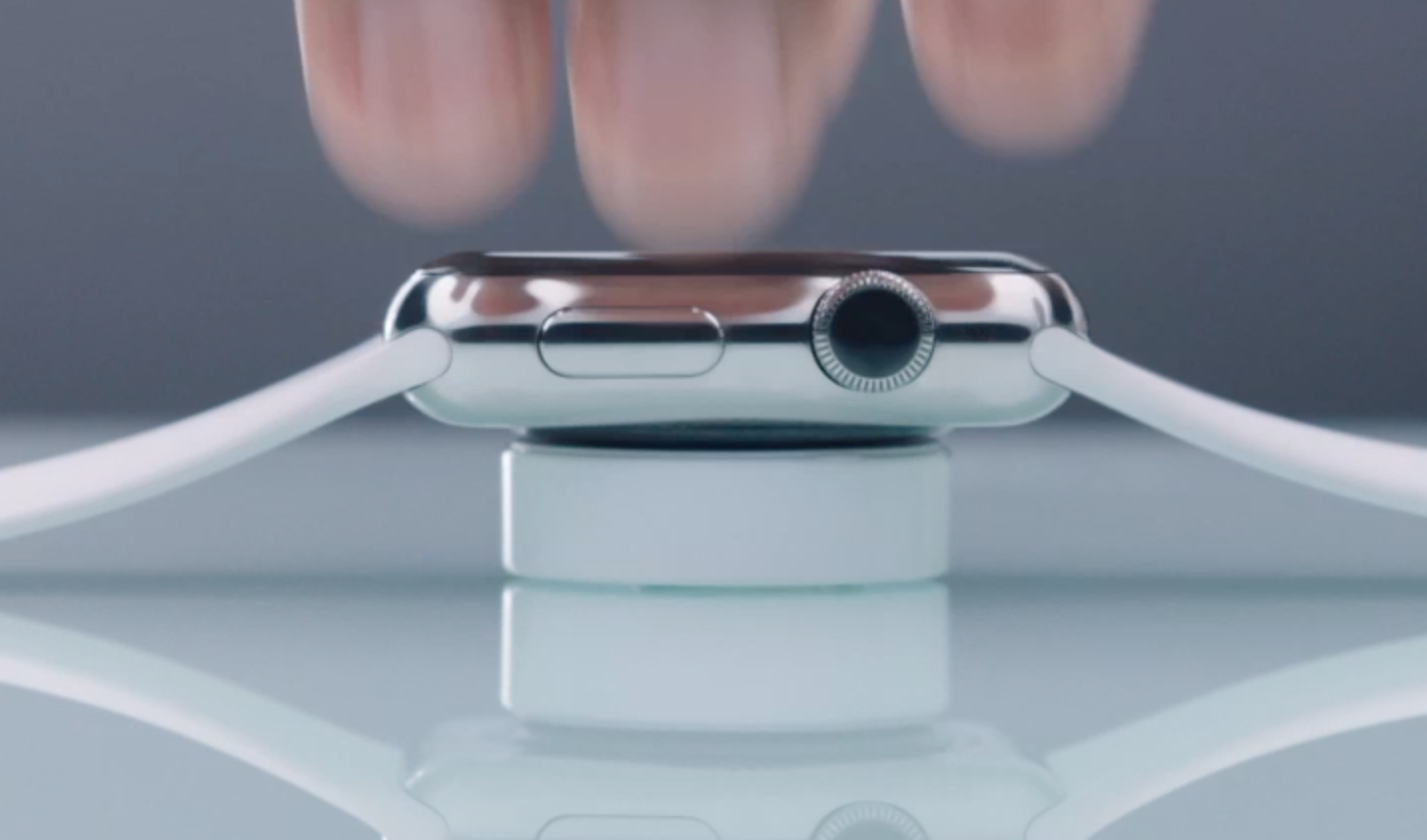 Apple’s new video about its contributions to environmental protection appears to show a previously unseen and unannounced accessory for the Apple Watch. In a portion of the video detailing chargers for Apple devices ranging from the iPhone to the new MacBook, Apple shows a stainless steel Apple Watch being dropped on a stationary charging dock. This charging dock is noticeably different than the charger that’s included with the Apple Watch, and could be an official Apple alternative to the third-party Apple Watch stands and docks that are about to hit stores…

Comparing the two images, you can see that the included Apple Watch charger is a small, comparatively thin puck that the user attaches magnetically to the device, versus the more stationary design of the accessory in the new Apple video. While the included charger has a silver metal exterior around the sides, the one from the video appears to be a white plastic material. Lastly, the puck in the video appears slightly larger and has what appear to be feet touching the flat surface underneath. It appears that the white frame is a plastic stationary dock that the included metal charger could be placed within, most likely weighted with a heavy material such as zinc to prevent slippage.

As Apple has not announced a stationary charger for the Apple Watch, other than the boxes included with the Apple Watch Edition, it is unclear if this is an actual accessory that Apple is planning to release. While one possibility is that Apple has let slip this product’s development early in this video, it is possible that the dock was specially designed for the video in order to more seamlessly show how Apple devices can be charged. Another possibility is that this is a special internal accessory like the metal chargers used in Apple Stores.