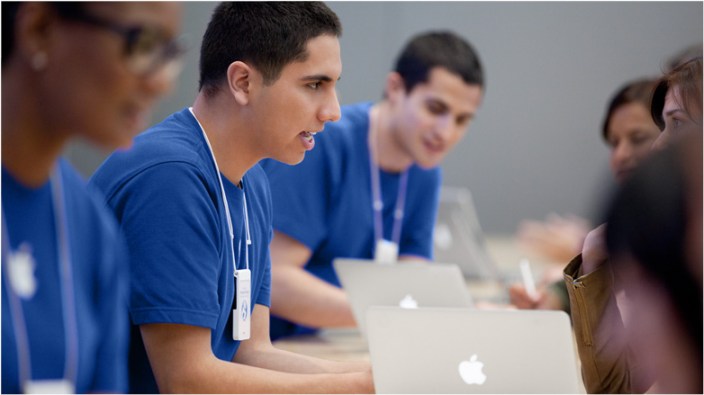 If you want quality, reliable tech support for your computer, get a Mac. That’s according to the results of a new Consumer Reports survey that ranked Apple top among PC manufacturers for technical support post-purchase for the ninth year running…

Of the 3,200 participants that took part in the survey, Consumer Reports notes that “Mac users gave Apple’s phone and online support glowing reviews, and four out of five said tech support was able to resolve their problem.” That’s compared to “a 50-50 chance that a manufacturer’s tech support will do the trick” among the Windows PC manufactures included in the survey.

Apple has been at the top of the list since Consumer Reports first started surveying consumers about tech support in 2007, “even though Apple provides just 90 days of free phone and online tech support, compared with one year for most Windows PC companies.”

The help desks at Windows PC companies often didn’t live up to that name. For four of the six PC brands in the survey, tech support solved only half of the problems consumers brought to them. Even the best of them—Lenovo and Dell—came through just 61 percent of the time.

Apple does, however, offer a year warranty on hardware for its products and the option to extend support through AppleCare for around the same price most other retailers charge for a single appointment just to diagnose the issue.

And not surprisingly, results for the Apple Stores were just as impressive:

Users who went to a walk-in retail store for help were generally pretty happy, whether they had a PC or a Mac. The Genius Bars in Apple stores were among the best-rated options, and independent shops were rated pretty much even with Apple. Best Buy’s Geek Squad and Staples’ EasyTech were a step behind Apple and the independents but did a decent job… There’s one huge difference among them: The Genius Bars in Apple retail stores offer free lifetime support. With the other services, you generally have to pay for help. Prices vary greatly depending on the service you need and by retailer, so get an estimate before you commit.

Consumer Reports has more stats from the survey on its website.