Opinion: Why content-blocking on iOS means advertisers, ad networks, publishers & readers all need to up their games 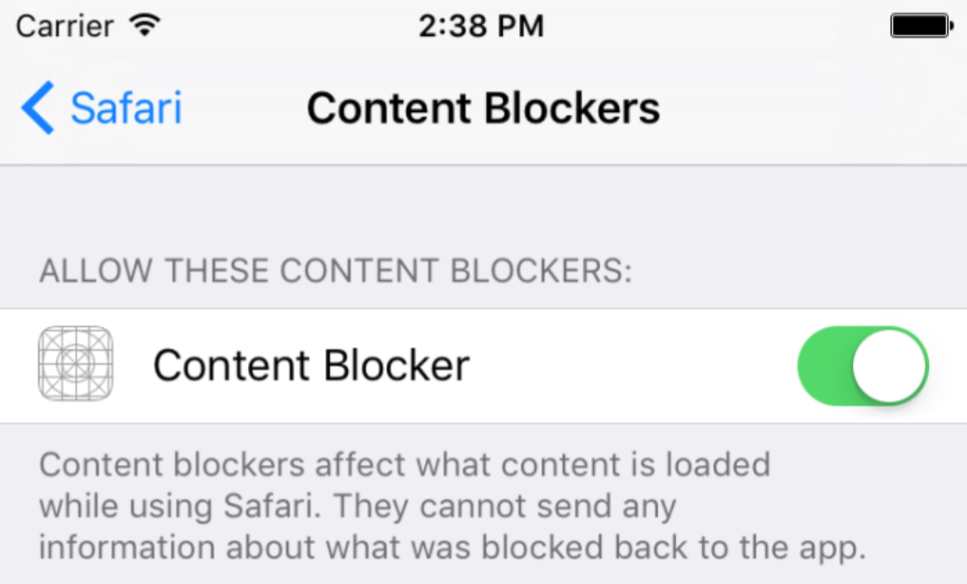 Ads are things we all love to hate. While some can be amusing, and others can be useful, drawing our attention to products or services we weren’t aware of, mostly we view them as things to tolerate at best – and to be profoundly irritated by at worst.

Some think they have a simple solution to this: using an adblocker. Adblocking software has existed for desktop browsers for many years, but to date there haven’t been any effective blockers for iOS.

All that could change with iOS 9, however, with content-blocking capabilities built right into the platform. If Apple chooses to allow adblockers into the App Store (and we don’t yet know yet for sure that it will), that could require advertisers, ad networks, publishers and readers alike to up their games …

I do, of course, have to begin by declaring a vested interest in this discussion: I write for a website that is – like the vast majority of editorial sites on the web – almost entirely funded by advertising. Without ad revenue, 9to5Mac wouldn’t exist; it’s that simple.

And visits from people using iOS devices, unsurprisingly, make up a huge percentage of our web traffic. Here’s a peek into our analytics over the past few weeks, showing that iOS devices are used by almost half our readers.

So we’re not a disinterested observer in this – but then, if you want sites like ours to remain in existence, neither are you. That’s why I think all four parties need to think carefully about how to respond should Apple allow adblockers.

Change has to begin with advertisers. Too many ads are not just irritating, they are infuriating. Ads that expand to cover the content we’re trying to read or – worse – the entire webpage.

Ads with distracting animations – banners that jiggle, or rapid animations that make it hard to concentrate on the content we’re trying to read.

Ads that auto-play video, audio or both. Especially ads that wait a while and then start playing audio, as you then have to scroll back up to find it and shut the damned thing up.

Deceptive ads – like the ones that disguise themselves as ‘next’ or ‘previous’ buttons, or which try to fool technically naive people into thinking they are system messages.

I could go on, but the bottom line is that advertisers need to stop thinking the goal is to grab our attention at all costs, and realise that making us hate them is not a sensible long-term marketing strategy.

If you’re now holding up your hands and saying “But wait, I’ve seen some of that crap on your website” and wondering how I can criticize stuff we allow on our site, the reality is that we don’t allow it. We don’t get to hand-pick the ads that are shown – ad networks do that. The most we can do is partner only with reputable ad networks, like Google.

But even reputable ad networks too often turn a blind eye to ad formats they have to know are annoying. So long as the networks allow them to get away with it, advertisers focused only on short-term metrics will keep doing it. So the ad networks need to up their game here and be much stricter about what they do & don’t allow.

Web publishers, too, need to look at what more they can do to reduce the impact of ads on the browsing experience. One thing you may have noticed us experimenting with, for example, are sponsored posts. Instead of a bunch of Google ads surrounding our site, there’s a single piece of editorial which we craft. Banner ads are removed for the day that the sponsored posts run which speeds up the site and brings more focus and goodwill to our sponsors. The sponsorship reaches all consumers of 9to5Mac across Facebook, Flipboard, Apple News*, Pulse, Pocket, adblockers, Instapaper and RSS. The site runs quicker and everyone is theoretically happier. Most importantly, we get to keep our day jobs of writing great material for you. We can even use these to step up the quality of our ads from a reader’s perspective, like our recent campaign with Incase that saw 9to5 readers get exclusive access to a new collection of bags before anyone else.

Trying a new ad thing. Removing all house ads on @9to5mac during sponsored post. Thanks to @spigen for partnering http://t.co/6vcvJTBVxS

Sponsored posts require a great deal of caution, however. We won’t feature any product or service we can’t genuinely recommend (we’ve already turned down more offers than we’ve accepted) which is why they tend to be things we use personally. Of course, not all sites are as selective, nor as transparent about which posts are sponsored, so it’s a model that isn’t always better than advertising. For the time being, we’re limiting sponsored posts to 1/week.

Quality Apple sites like Daring Fireball have been running sponsorships for years and we think it is a great idea to be fair to everyone. So expect to see more and fewer banner ads along with it.

We’ve noticed a recent trend of niche Apple blogs that are running out of funding turning to Patreon which allows readers to fund the sites they read directly (well, almost directly – Patreon takes a cut I believe). A few examples here: MacMagazine, AppleWorld.Today, MacAdopt and MacRumors’ sister site Touch Arcade.  We’d love to hear how our readers feel about this model.

And finally, readers can play their part too, using adblockers either sparingly – blocking only ad networks that specialise in deceptive ads, for example – or selectively. Not being ‘that guy’ who just lazily blocks everything.

Because there are only two possible futures for an ad-funded site when a significant proportion of its readership uses adblockers: tucking away content behind a paywall and charging for access, or going bust.

Adblockers allow you to whitelist domains – sites on which you allow ads to be displayed. I’d suggest here the decision is both simple and stark: if you want the website you are visiting to remain in existence, and be free to access, whitelist it.

As ever, let us know your views in the comments.