This multitasking feature has long been adopted in third-party Twitter clients on iOS including Tweetbot and Twitterrific, but Twitter restricts certain features like detailed interaction history to its own app.

The iPad version seems to still use Twitter’s limited share menu based on my testing, although the feature wasn’t immediately available on the iPhone version for me either. 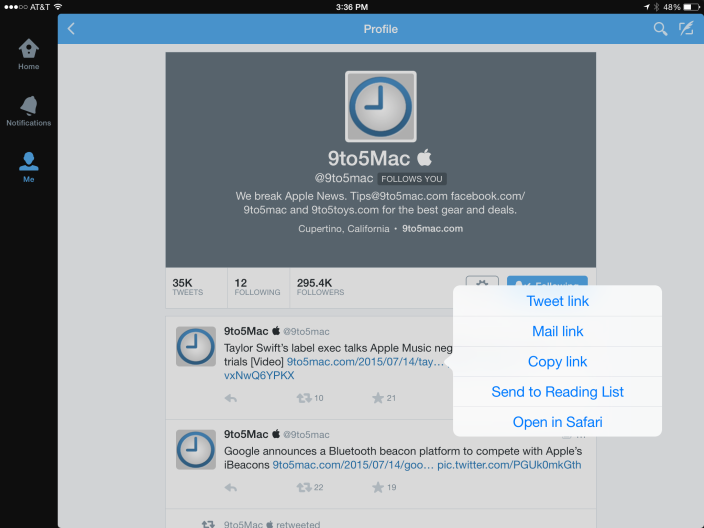