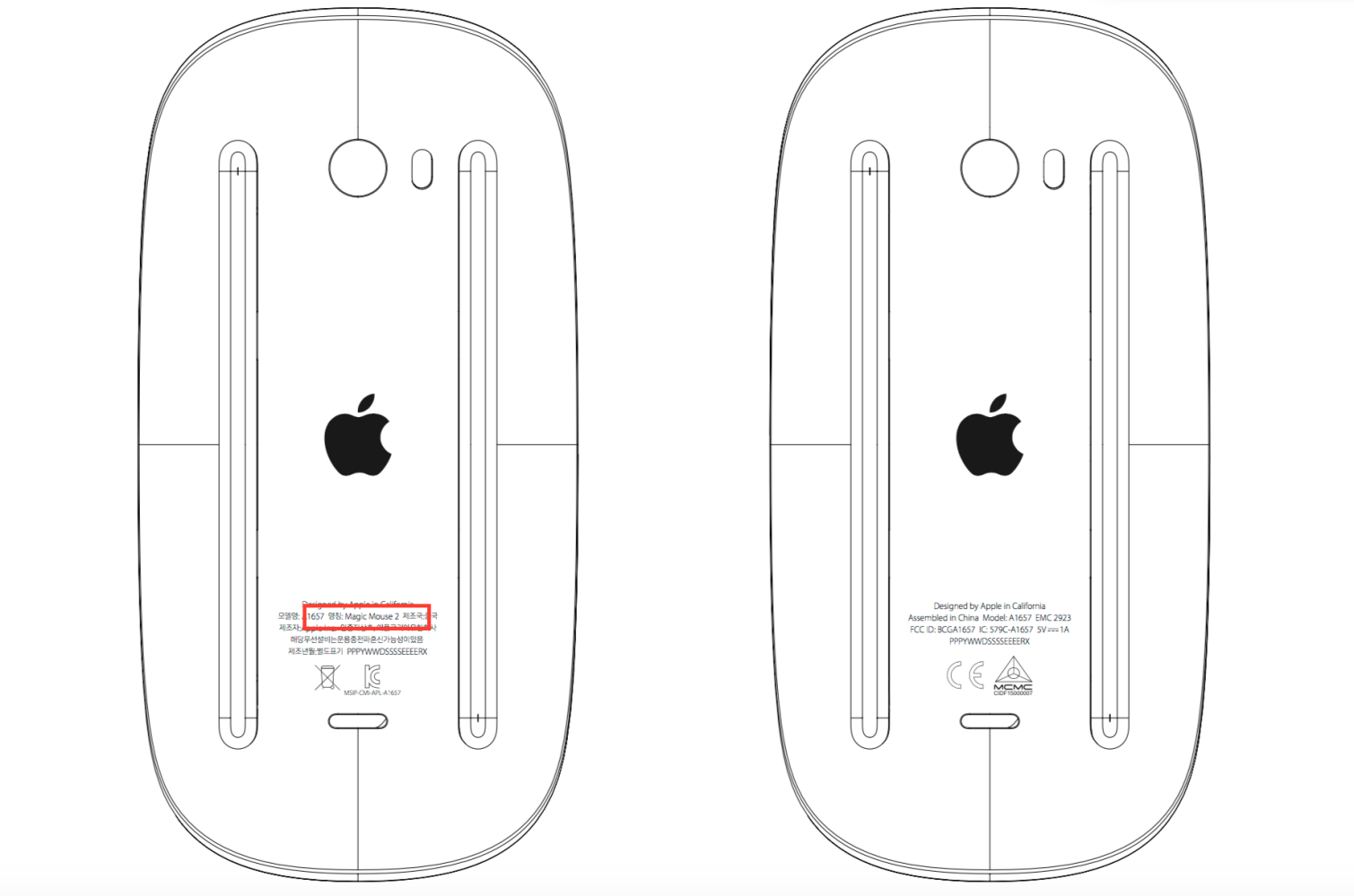 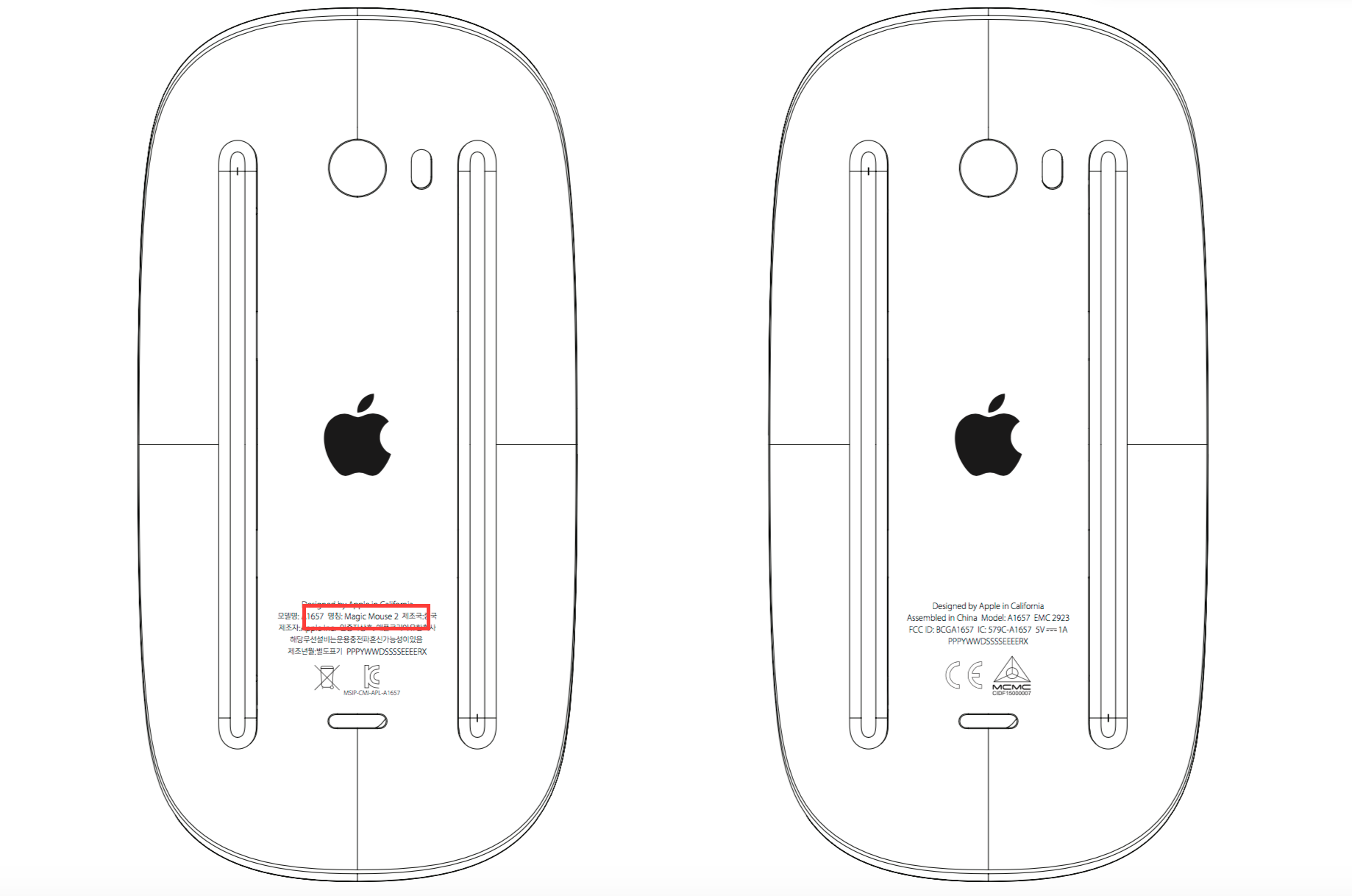 It appears plans for future Apple wireless accessories have (again) been spoiled by the FCC. According to a pair of filings that hit the organization’s website yesterday, Apple is preparing to soon debut new versions of its Bluetooth Magic Mouse and Wireless Keyboard. According to images indicating the FCC label location on the accessories, the new mouse will be called the “Magic Mouse 2.” As for the new wireless keyboard, there are no indications of a name change as of yet.

The images, unfortunately, do not show any notable new design details on the devices (save for what appears to be a small power switch on the top left side of the keyboard), but it would make sense for the accessories to be tweaked externally in someway. With new iPad-centric Bluetooth keyboard controls in iOS 9, perhaps the iPad-compatible Apple Wireless Keyboard will receive new special keys for access to iPad applications or features. As for the mouse, some readers have speculated that Apple could be using the new accessory to port Force Touch support over the desktop. Internally, however, the new input devices are certainly set for a significant upgrade: Bluetooth 4.2 Low-Energy.

The current Apple keyboard and Magic Mouse utilize the older Bluetooth 2.0 standard, so this upgrade to 4.2 serves as a significant improvement. According to the official website for Bluetooth, Bluetooth 4.2 is faster, more secure, and more power efficient. Playing into the power efficiency, there are indicators in the new FCC filings that the new accessories will have integrated Lithium-Ion battery packs, which could mean that the days of switching out AA batteries in your mouse and keyboard are over. These will also be Apple’s first Bluetooth 4.2 products, assuming they launch before the new iPhones and iPads.

Here are the sections of the FCC test documents describing the new Bluetooth and battery components: 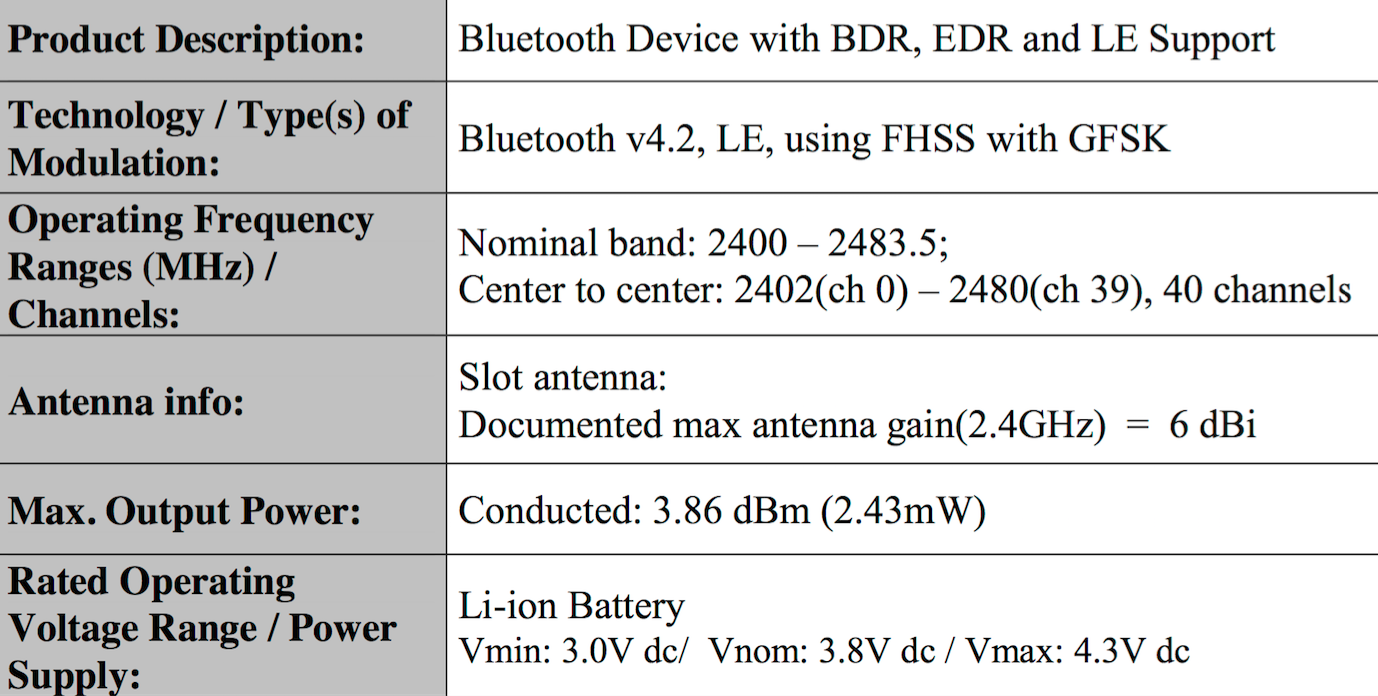 Apple is scheduled to be holding a media event to introduce the new iPhones, iPad mini, and Apple TV on September 9th, so perhaps the new accessories will make their way to Apple’s website on that day. However, given that these new input devices are not major new products, there is a possibility that they could go on sale before Apple’s next major event. Just yesterday, Apple released updated Apple Watch accessories including Link Bracelet extension pieces and a larger Sport Band. 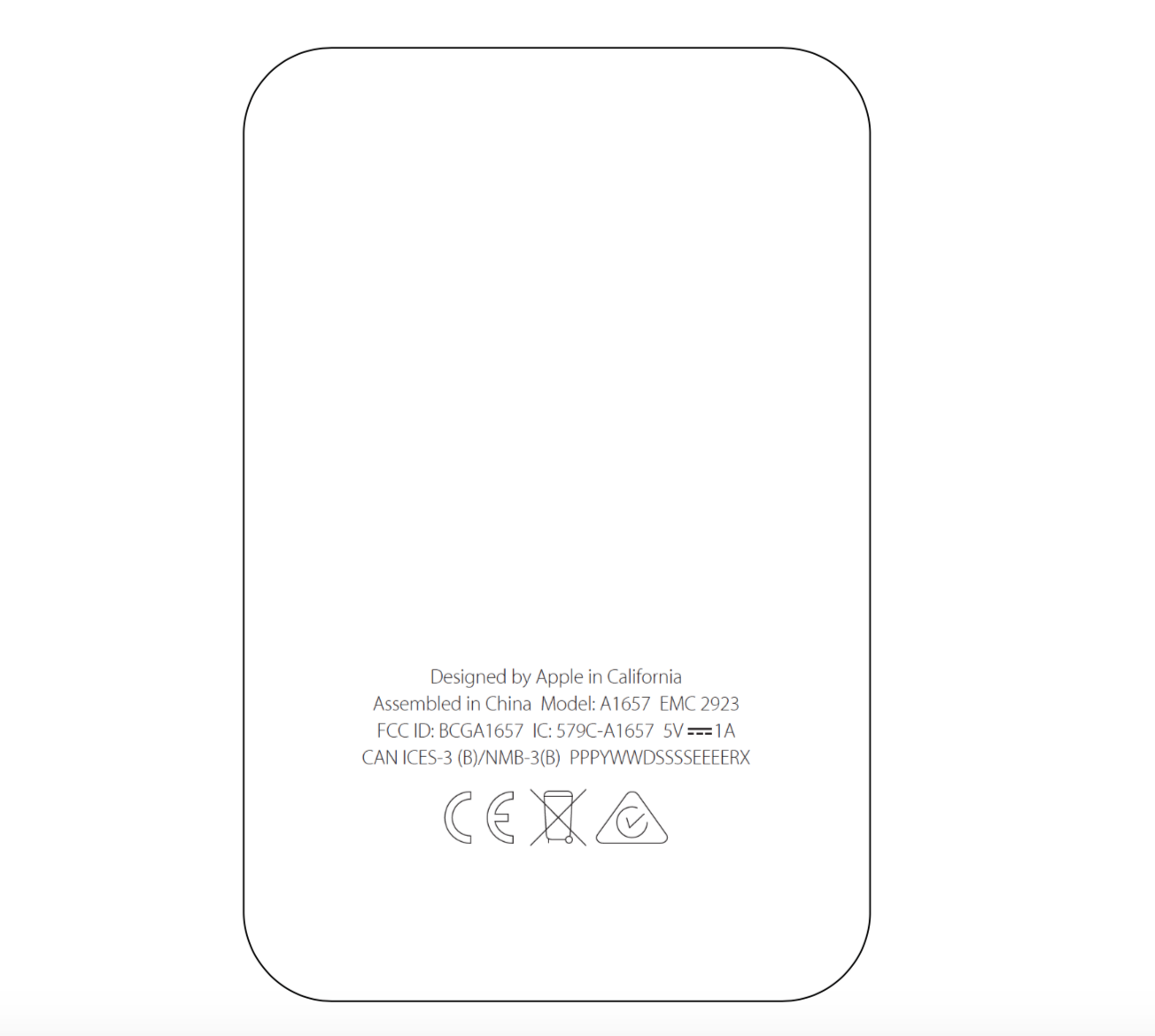 – The FCC image of the Magic Mouse 2 has been replaced with an image of a rectangular object, likely to Apple’s request.

– External testing images, user manuals, and more are only scheduled to be unsealed from the FCC’s database in February 2016, but we unsure if this is connected to a launch date.