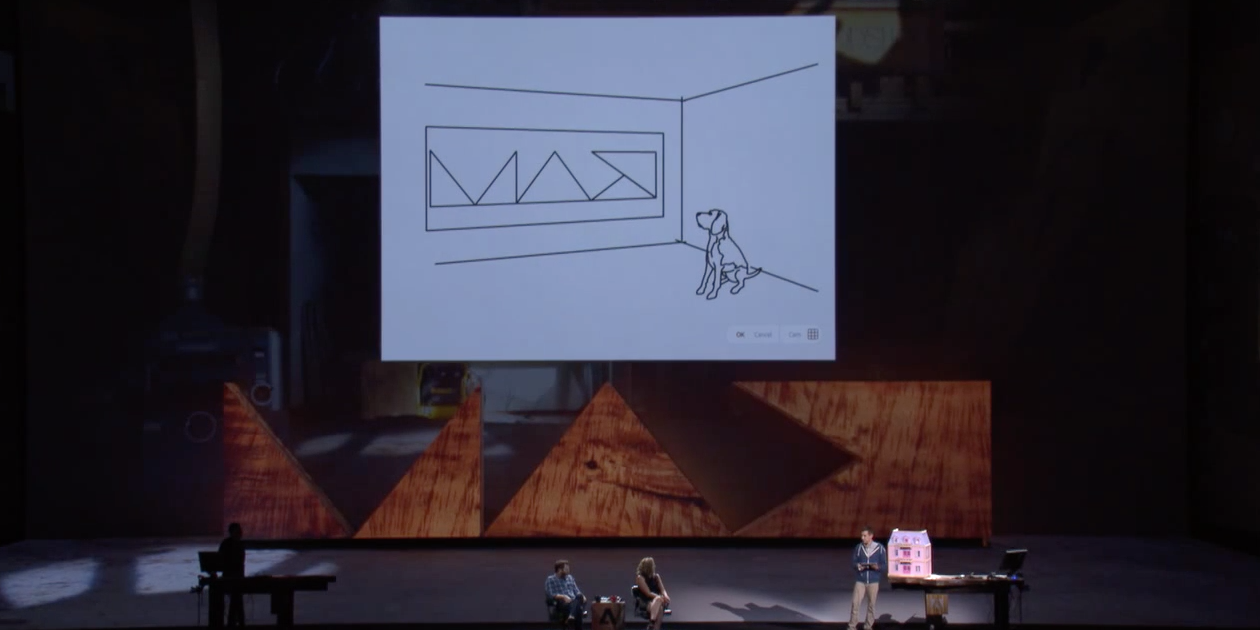 At its 2015 MAX program, Adobe showed off 12 new projects that are part of its “Sneaks” program. Essentially, Sneaks are ideas and features that the company is working on behind the scenes that could eventually make their way into Creative Cloud products. Adobe notes that the deciding factor in whether or not these features make it into products is whether or not users “make some noise” for these previews…

First off is a new feature called Monument Mode. This feature uses a new algorithm to distinguish moving objects from fixed ones and allows the user to click on the moving objects to remove them for good. A video demo of this feature can be seen below:

Project Dollhouse is a new feature Adobe is developing that makes it incredibly easy to add more perspective to drawings. Simply take a picture of an object and Project Dollhouse will allow for the image to be traced with lines and transformed into a drawing with perspective.

Next is Project Faces, a way to easily and quickly create custom fonts. The feature allows users to customize every aspect of the font including the curvature, the serifs, and other qualities. The demo was performed on an iPad and can be seen below:

Other demoed features include 3D Portraits, a feature that makes it easier to turn photographs into usable and printable 3D Images, and Louper, a feature that “rethinks image searching” and makes it faster and more efficient to find what a user is looking for. DeepFont is a feature in the Sneaks program that is a smart font recognition system.

Project Maestro is a potential feature that makes it easier to getting started in motion graphics. The feature allows users to use “simple and natural” touch to build movement right on tablets. Live Data Grids aims to replace the “Lorem ipsum” text that has graced projects for eternity with new, live, real data and examples. Audio Retargeting is a feature that makes it easier to make audio soundtracks match the tempo and rhythm to the scene and mood of the film. Finally, Extract Shading aims to allow designers to extract shading from one image and use it in another.

Adobe says that videos of all of these potential features will be uploaded over the coming days.