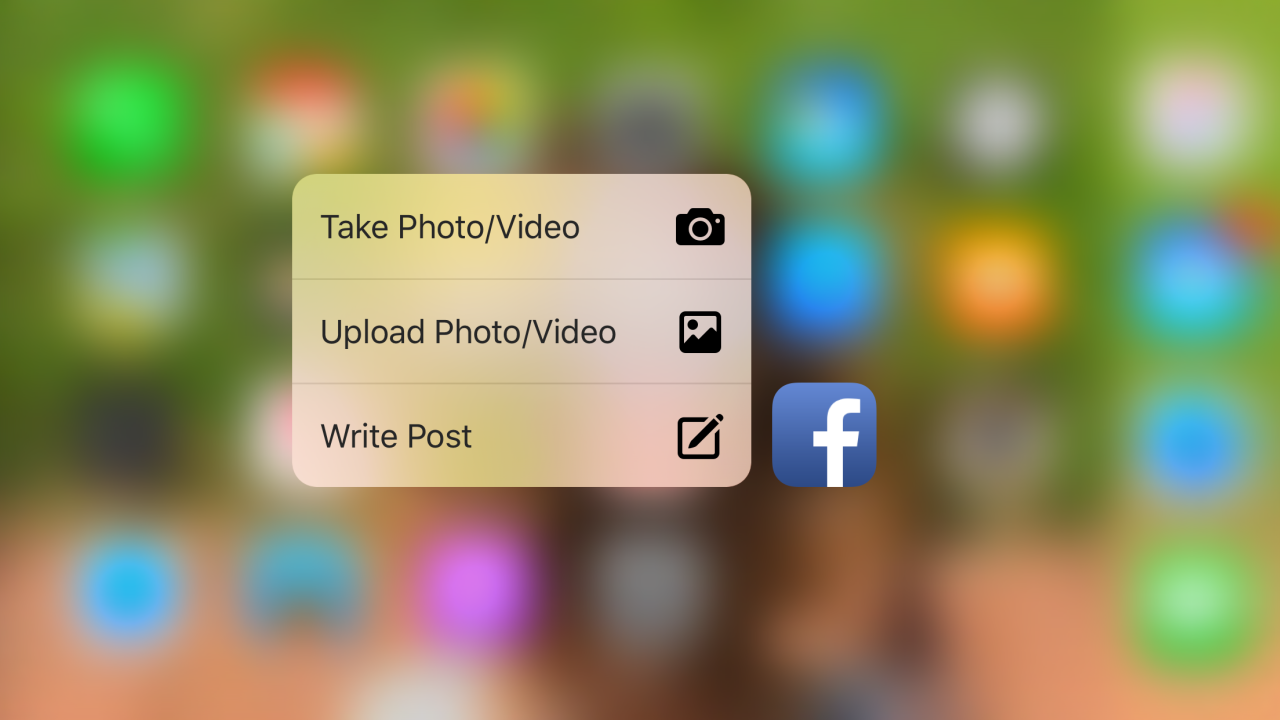 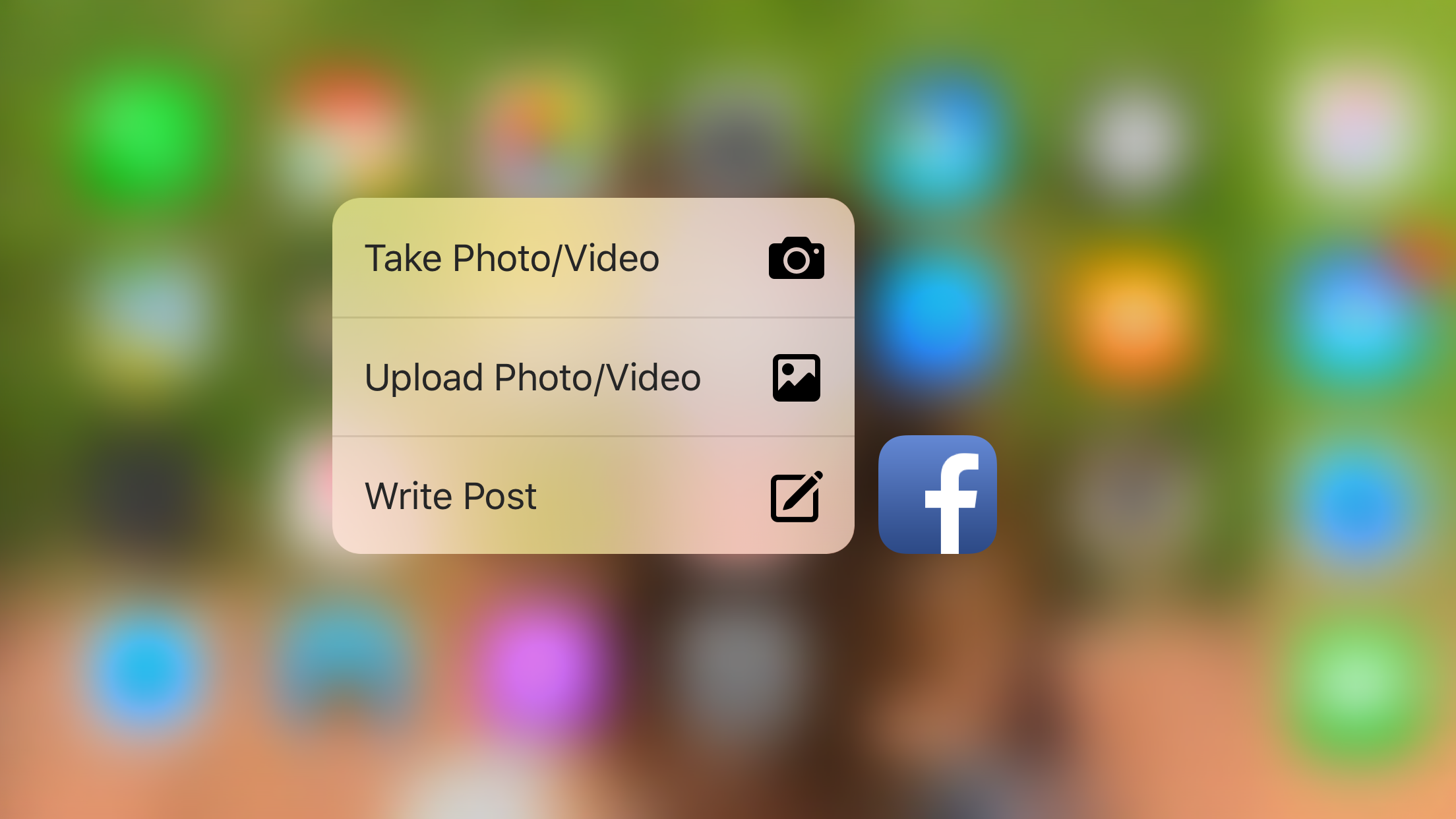 You wouldn’t know it based on the boiler plate release notes, but Facebook’s latest iPhone app update now includes a new 3D Touch feature on Apple’s latest iPhones. Pressing the Facebook app icon firmly from the Home screen on the iPhone 6s and 6s Plus brings up a Quick Action menu to do three things: write a post, upload a photo/video, or take a photo/video…

The first option lets you update your Facebook status which includes the usual location check-in options and more. The other two either let you quickly capture a video or photo and share one you’ve already snapped. Quick Actions support up to four options, so it’s possible Facebook could have a more context-based fourth option as we’ve seen in other apps.

I couldn’t find any examples of Peek and Pop, Apple’s new 3D Touch interactions used in other apps, within this update to Facebook for iPhone, and Live Photos are still just normal photos when you post them for now, but Apple says Facebook will support them before the end of the year.

Facebook-owned Instagram already updated for 3D Touch on the new iPhones, including Peek and Pop within the app as well as Quick Actions like Facebook, and Messenger recently launched its promised watchOS 2 app for Apple Watch, although the iPhone app is 3D Touch-less for now.

Facebook is also testing a new way to wish your friends “Happy birthday!” from the mobile app plus ways to express your reaction to statuses beyond like.

You can grab the latest version of Facebook’s app, version 41, on the App Store.