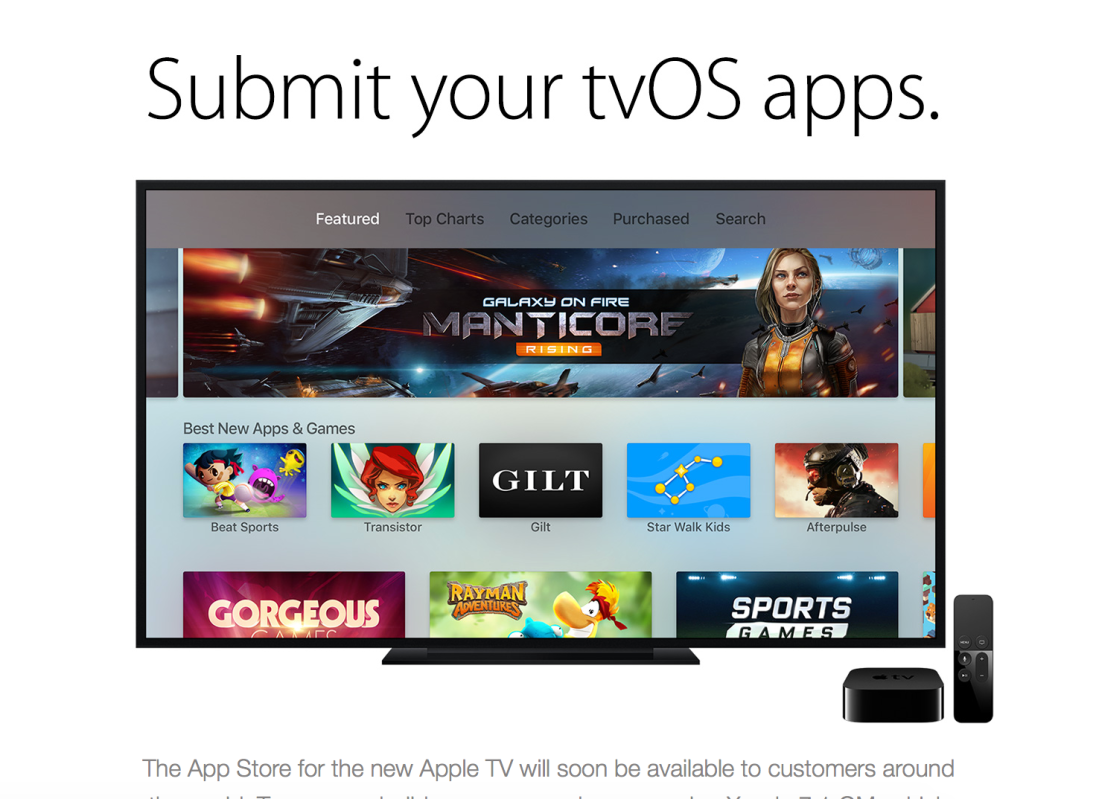 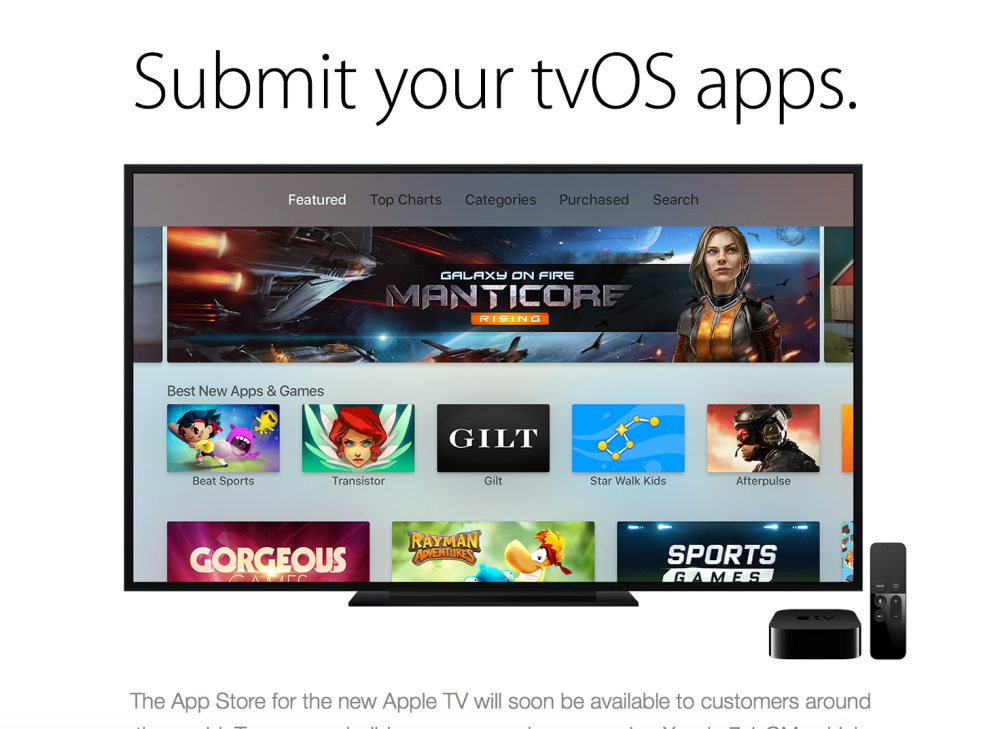 A couple of hours ago, Apple sent out emails asking registered Apple developers to submit their tvOS apps for the Apple TV, using the GM seeds of tvOS and Xcode 7.1.

Although several thousand developer kits are out in the wild, the App Store app is yet to appear for these users. It may come online over-the-air and just ‘appear’ like Apple TV channels do, or there may be a small software update in the next few days to add the application.

Like with watchOS, Apple is once again warning developers that a small group of people will be able to test out their apps ahead of public Apple TV launch. This is likely referring to review units which Apple has likely already sent out to members of the press. Preorders for the new Apple TV begin Monday.

If you have a cool tvOS app in the offing, please get in touch.