iOS 9 now installed on over 60% of devices, according to latest Apple App Store data

Apple has once again updated its App Store data chart with the latest statistics on iOS 9 adoption. iOS 9 came out of the gate with a ridiculously-high >50% adoption rate just a few days after it launched. This pace has definitely slowed following the initial rush of users upgrading, but achieving 61% penetration of iOS devices is still a strong result. This appears to be keeping up with Phil Schiller’s prediction that iOS 9 will be “downloaded by more users than any other software release in Apple’s history.” Remember, iOS 9 can be installed on any iPhone, iPad or iPod touch that runs iOS 8. 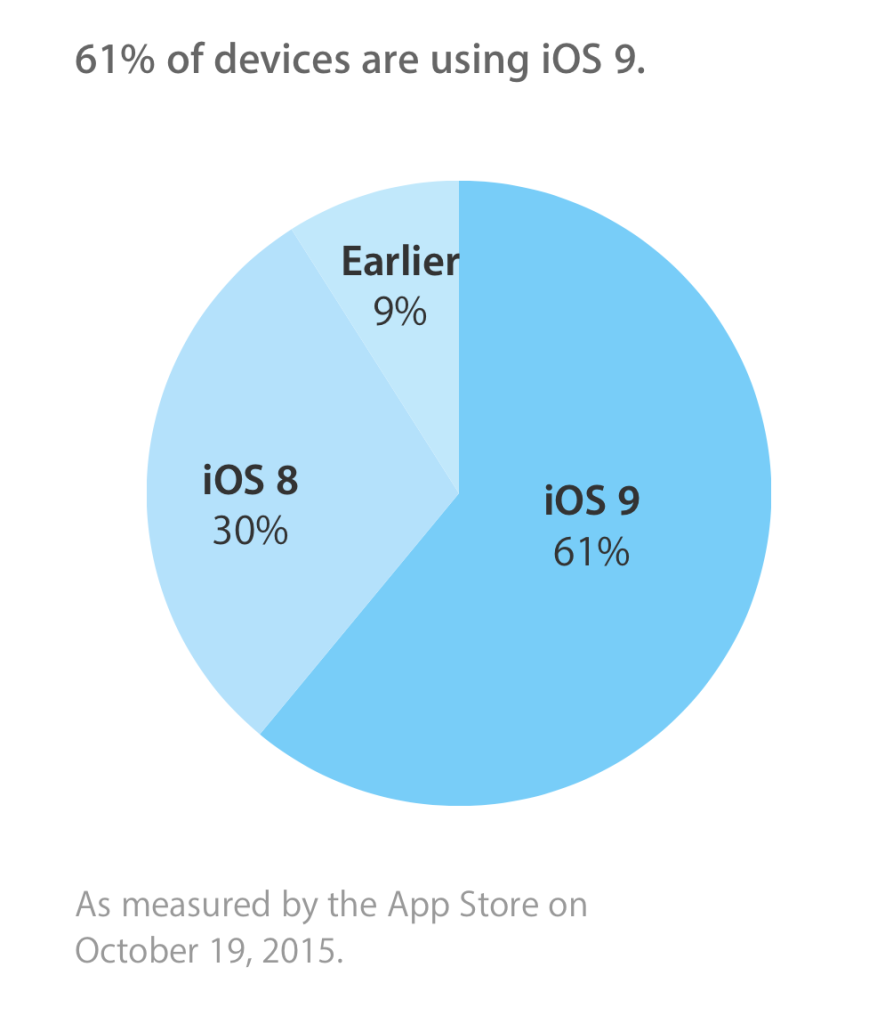 For a comparison, it took iOS 8 until late November to reach the 60% mark as reported by the App Store, so upgrades are happening roughly twice as fast. There will also be a likely boost this week as many people will be encouraged to update to iOS 9.1 thanks to the addition of new emojis, which are featured prominently in the release notes when you update. Moreover, the number of people on iOS 9 will continue to rise naturally as all new devices sales (iPhone 6s, new iPads, etc) ship with iOS 9 pre-installed.

iOS 9 includes many system tweaks to make it easier to update, such as lower free space requirements, the ability to automatically update overnight whilst the user is sleeping as well as temporarily delete apps whilst the update takes place. It’s nice to see that these changes are having a real-world effect on OS software update rates.