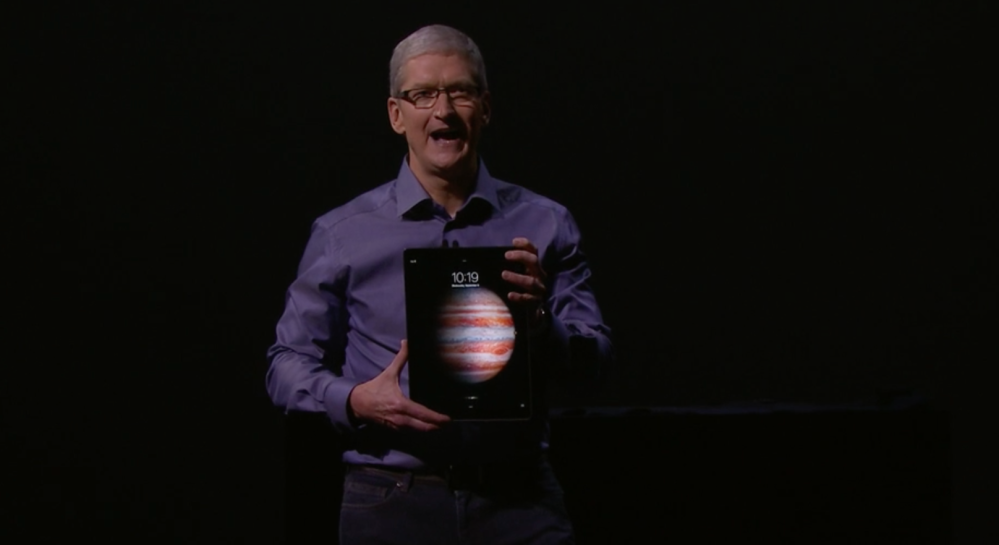 Feature Request is a new regular 9to5Mac series where authors offer their opinion on how to improve popular hardware or software products.

Before Apple even announced the oft-rumored iPad Pro, it unveiled a new version of iPad software, iOS 9, that included several new features that seemed perfect for a device with a larger screen. Sure enough, those features foreshadowed the launch of the larger, 12.9-inch iPad Pro. Zac did an excellent job last week of highlighting some of these enhancement that are great on the larger-screened device.

As Zac noted, iOS 9 includes a handful of really nice optimizations for iPad Pro. These include things such as Picture in Picture support for video and FaceTime calls, Split View and Slide Over multitasking, an enhanced keyboard, and more. While these features truly shine and highlight how much potential the iPad Pro has for professional use, I still feel like there’s a lot more Apple can do to take advantage of the larger 12.9-inch Retina display… 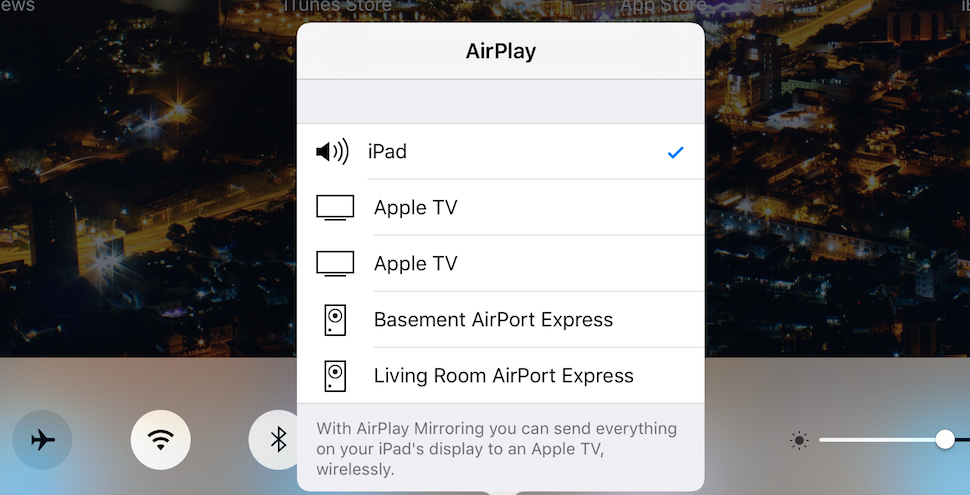 One of the ways I find myself using iPad Pro the most is at my desk while I work on my dual 28-inch monitors. I use iPad Pro to have things like Twitter and email streaming constantly, or when a game is on, I use WatchESPN to stream it right to my desk on the iPad Pro. The iPad Pro is the ultimate device for doing this thanks to its large and tactile display, but it could be even more useful if it could be used as an actual secondary display for my Mac without requiring third-party software.

Apple already has its AirPlay standard that, with the occasional hiccup, works pretty smoothly. For instance, with Apple TV, you can AirPlay a Mac or iPad to it and use your TV to either mirror or extend your Mac’s display. It would be incredibly useful if Apple added this capability to iPad Pro. You could AirPlay your Mac to the iPad Pro and use it to extend your Mac’s display for things like Twitter, email, and streaming video. The technology is already there and third-party apps are tackling this problem, but an official Apple method would be great. 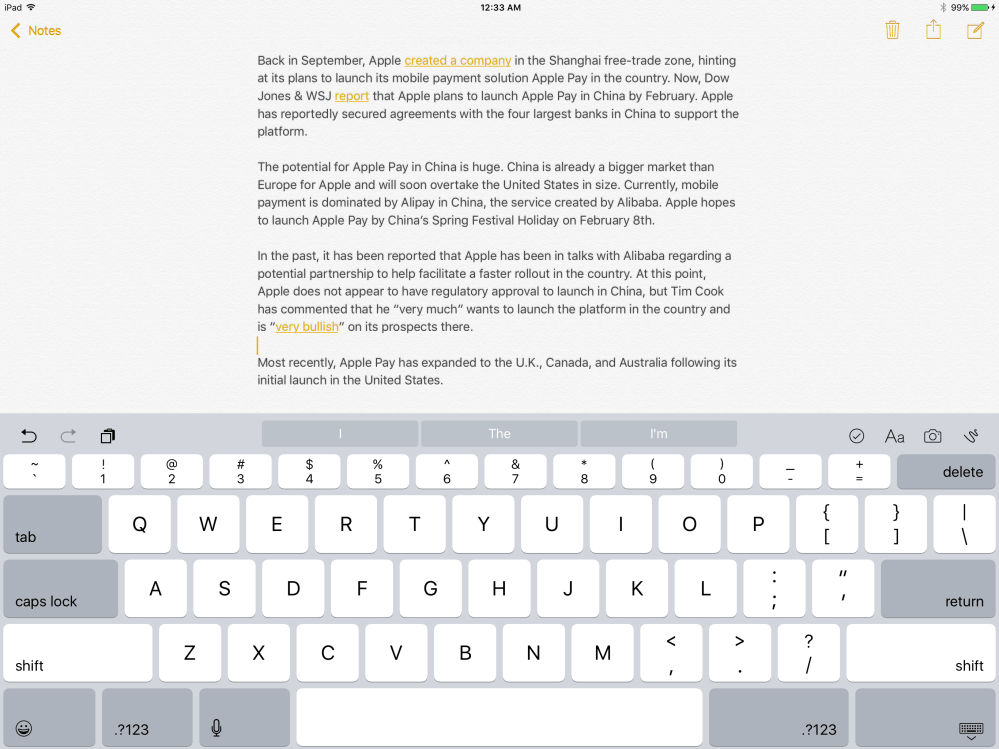 Jeremy did a good job addressing this issue in his piece, but it’s something annoying enough to be addressed twice. While Apple has done a fair job optimizing some aspects of iOS for iPad Pro, there are many instances in which first-party app interfaces are an absolute mess. Look at the Notes app for instance. Functionally, it is great on the iPad Pro thanks to the ability to handwrite notes and more, but visually, it’s a mess.

Typing text notes out leave way too much white space on either side of the text. While I don’t know if extending text to full width would be best, there is certainly some room for fitting more text on the display.

Too much white space is a common trend in app interfaces on iPad Pro. It seems as if Apple is essentially banking on people always using Split View or Slide Over. In Mail, landscape email text is surrounded by blank interface space. Also, where is the version of GarageBand optimized for iPad Pro that Apple showed off on stage at the device’s unveiling event? That was one of the apps I was most excited to use on the larger display, and it’s seemingly not ready yet. When iPad Pro is locked, the lock screen seems like a huge waste of space. You see the same amount of info on the 12.9-inch iPad Pro’s lock screen as you see on the iPhone. There is so much more space for more details and actionable notifications.

For instance, if you receive an iMessage with an image, why isn’t there a way to quickly view the image directly from the lock screen instead of having to go into the messages app itself to view it. The same goes for an email with an attachment. People have also long called for iOS to support “widgets” on the lock screen. I’ve personally been against this on the iPhone because I like the simplistic look of the lock screen, but on iPad Pro, I think Apple Watch-like complications would be very useful. Quick access to things like weather info, calendar events, and breaking news would be very useful and make the lock screen somewhat less of a waste of space. 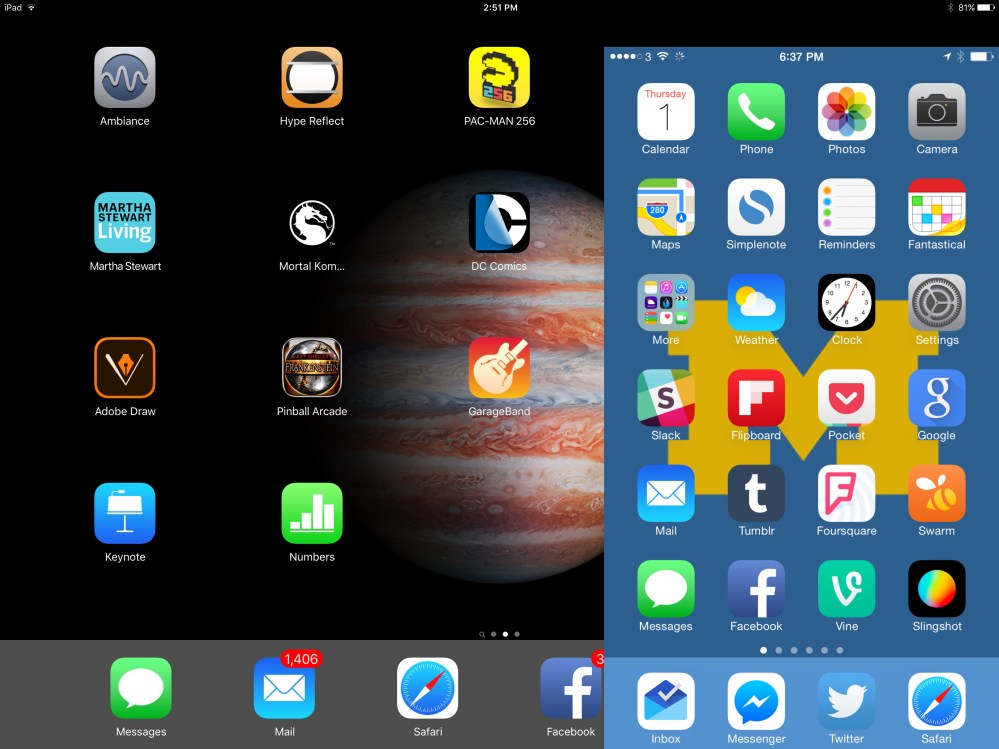 I’ve long agreed with Apple’s decision to keep the iOS home screen nothing more than a grid of apps, but with the size of iPad Pro, it’s time to change that. Not to just show more icons, but to support some sort of way to display information, preferably in the form of widgets, much like I mentioned for the lock screen. 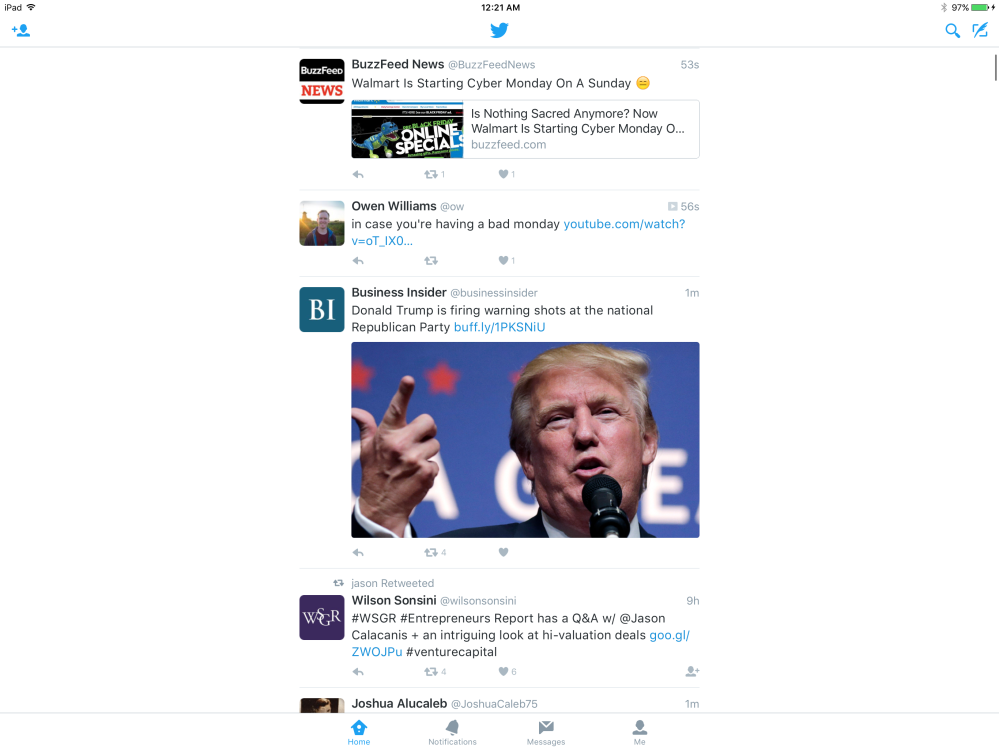 To put it bluntly, third-party apps are a mess on iPad Pro right now. I know this isn’t necessarily Apple’s fault, but there is so much more it could have done to ensure a strong lineup of apps optimized for the larger display were available at launch. For instance, there isn’t a truly optimized Twitter client right now. The official Twitter app is an absolute joke, while Tweetbot is arguably the best and it’s not officially optimized for the larger display. Likewise, the official Facebook app is nothing more than the normal iPad app scaled up to fill the 12.9-inch display.

Similarly, the two most popular video apps, YouTube and Netflix, have not been updated to take advantage of Picture in Picture and Split View/Slide Over (or native resolutions). It baffles me as to why Apple didn’t go to companies like Netflix, YouTube, Twitter, and Facebook and work with them to optimize apps for the larger iPad Pro. Presumably, iPad Pro has been in the works inside Apple for years now, and it was shown off two months before launch, so why aren’t more apps available for it?

For a device that carries the “Pro” tag, it seems insane to me that Apple didn’t include support for 3D Touch on the iPad Pro. I was skeptical of 3D Touch’s usefulness when initially announced, but now I find myself relying on it heavily when using the iPhone 6s Plus. There have been several instances of times when I’ve attempted to press harder on the iPad Pro’s display simply because I’ve become so accustomed to the quick shortcuts it provides on the iPhone and Apple Watch.

One of the instances in which I feel 3D Touch would be most useful on the iPad Pro is with the software keyboard. On the iPhone 6s, you can use 3D Touch on the keyboard to bring up the incredibly useful trackpad-like text editing tool. On the iPad Pro, you have to use two fingers to activate it and it’s not nearly as seamless and intuitive as using 3D Touch.

Safari on the iPad Pro is disappointing. There really aren’t any optimizations for the larger display and “Pro” angle of the new iPad. For instance, there is no way to view two Safari tabs side by side without extra software. This would be incredibly useful for doing things like comparing prices and features of products, or doing research for a paper.

One thing many people have argued is that the iPad Pro should run Mac OS X because of its larger display. In my opinion, however, this is definitely not a good idea. OS X is not optimized for touch and there’s not much Apple could do to optimize it. The click targets are way too small to be easily navigated with multitouch. Instead of even considering putting OS X on iPad Pro, Apple should put all of its efforts into better optimizing iOS for the device. Essentially, if you think iOS isn’t well enough optimized for iPad Pro, imagine using OS X that has not ever been optimized for touch use. It just wouldn’t work.

A hybrid device with OS X and iOS paired with a detachable keyboard + trackpad seems somewhat more realistic, but again, for my personal use of any iPad, the last thing I want to do is run OS X. It doesn’t provide the combination of ease of use and productivity that Apple markets it tablets as having. 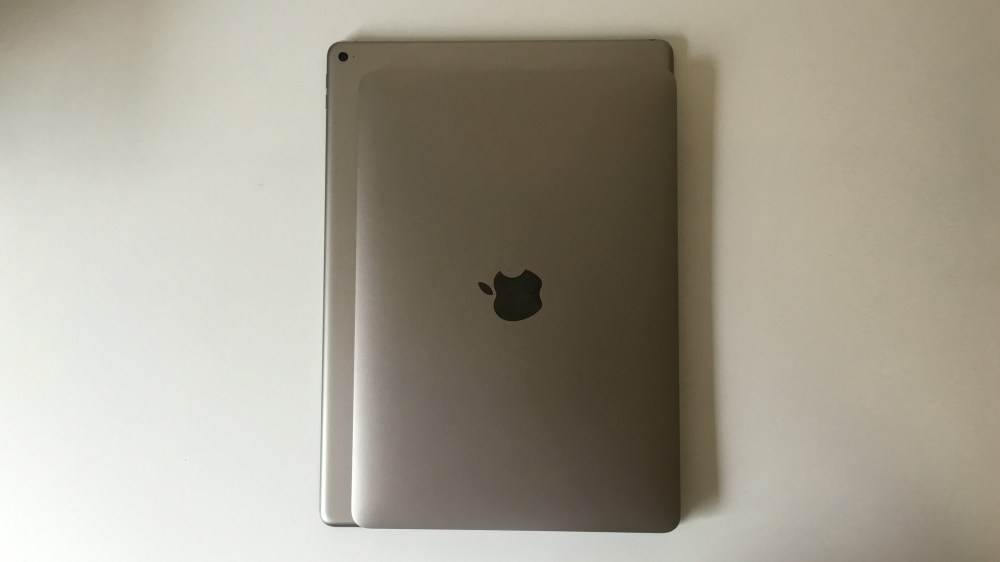 Overall, despite some software annoyances, I really do like iPad Pro. It’s not a PC replacement by any stretch of the imagination (yet), but it provides a happy-medium between using an iPad and a MacBook. It does more than an iPad Air thanks to its larger display and less than a MacBook due to iOS. Personally, I think it’s a good thing it does less than a Mac, but as mentioned above, there are certainly a few things Apple could do to iOS to make it more productive. To me, using a Mac implies that I should do something productive. Doing things like watching Netflix are far more relaxing with the iPad Pro than on a Mac and more enjoyable than an iPad Air.

However, iPad Pro is the ultimate luxury device. There are very few reasons anyone has to have one. For most, the iPad Air 2 is probably a much more price-realisitic option, but once you get used to the giant 12.9-inch display, it’s hard to go back. For me, the first day of using iPad Pro was jarring. The screen seemed stupidly big, but once I got used to it, I was hooked. I had the same experience when I upgraded from the iPhone 6 to the 6s Plus. Once you go big, you don’t know how you ever managed with smaller screens before. Hopefully future versions of iOS make better use of all that extra space on iPad Pro.