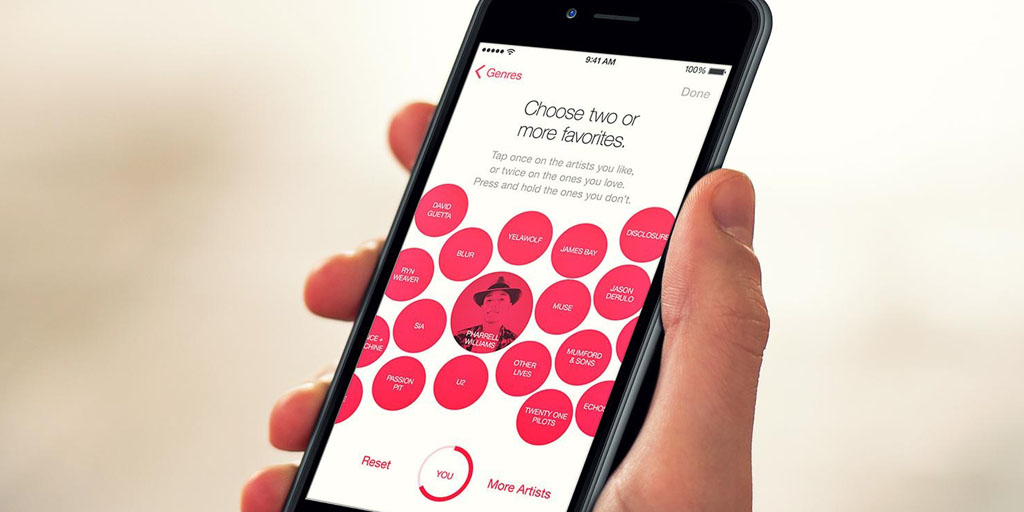 A well-known music industry analyst is estimating that Apple Music will hit 8M paid subscribers by the end of the year, and will reach 20M by the end of 2016, reports Music Business Worldwide. The prediction was made by Mark Mulligan, co-founder of digital content specialists Midia Consulting, who previously held senior research positions with Forrester and Jupiter.

In raw numbers terms, that would put it just behind market leader Spotify by the end of next year, but that may not quite present the true picture …

Spotify’s ‘paid subscribers’ currently include those on its three-month trial of Spotify Premium, which costs just $1/month. Its true numbers are thus likely to be significantly lower.

“The wildcards in the equation are whether Apple can do a better job of pushing users from iTunes Radio to Apple Music and what happens when Spotify restates its subscriber number to  reflect the impact of $1 a month 3 month trials,” writes Mulligan.

Apple revealed in October that it had 6.5M paying subscribers, a take-up rate Mulligan described as ‘astounding.’ As I mentioned at the time, however, there is also an unknown in Apple’s numbers: how many of those are free trialists who simply forgot to cancel before the first payment was taken? Apple may also have further muddied the waters by gifting paid subscriptions to retail employees (though these won’t move the dial much).

Apple reportedly tried hard to negotiate deals with labels that would have allowed it to charge less than $10/month for the service, but labels resisted. Mulligan believes that Apple hasn’t necessarily given up on this aim.

If Apple finds growth tough going, expect it to throw everything it has got at getting the labels to agree to lower price point products so it can open up large chunks of the iTunes music customer base.

If the 8M figure turns out to be correct, Apple will have acquired twice as many subscribers in six months as Spotify achieved in its first four years.

The service got a new group of potential subscribers this week when Sonos rolled out support for the service, albeit in beta form for now.