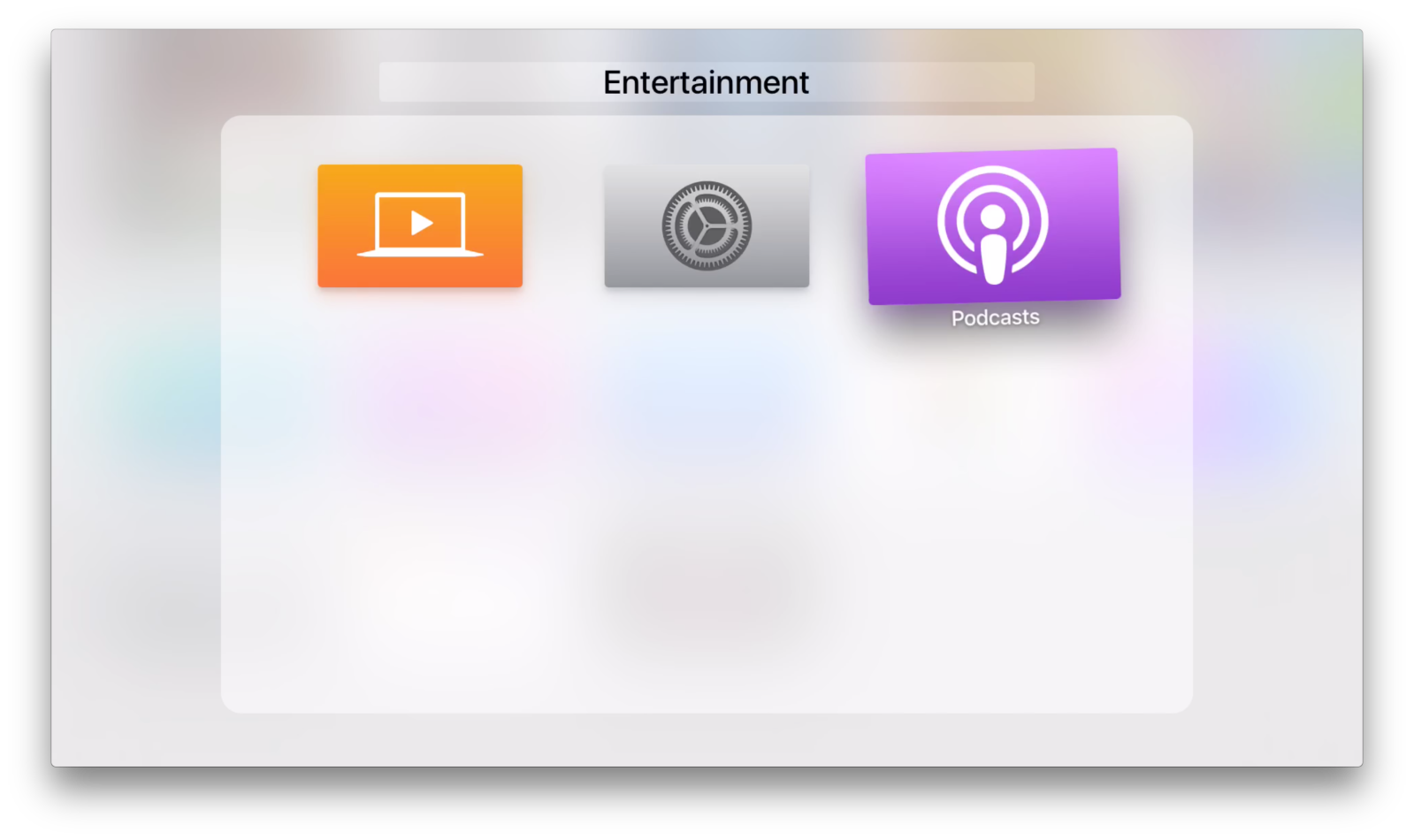 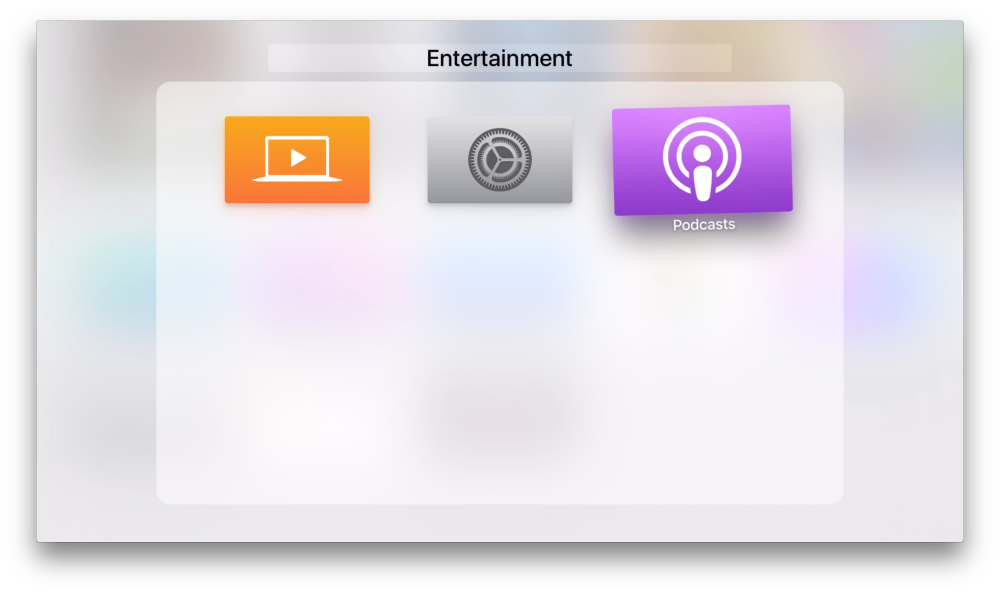 With the new Apple TV tvOS 9.2 beta, Apple has added a whole host of new features to the tvOS platform. This includes support for pairing Bluetooth keyboards, Folders organisation for apps on the home screen, a new App Switcher UI and a native Apple Podcasts app.

There are also some enhancements to Siri and other improvements. Apple has added support for two new Siri languages: US Spanish and French Canadian. More images after the break …

When moving app icons, you can now drag and drop apps into Folders just like on the iPhone or iPad Home Screen. Pressing the Play/Pause button now brings up a series of options and controls for further management, including quick moves to folders or deletes.

The app switcher has also been overhauled to mirror the iOS 9 appearance. Rather than tiled screenshots, the apps now overlap and use the same blur effect seen on iOS.

The Podcast app carries over almost identically from the iPhone app, with tabs for Unplayed, My Podcasts, Featured, Top Charts and Search. Just click on podcast artwork to start playing.