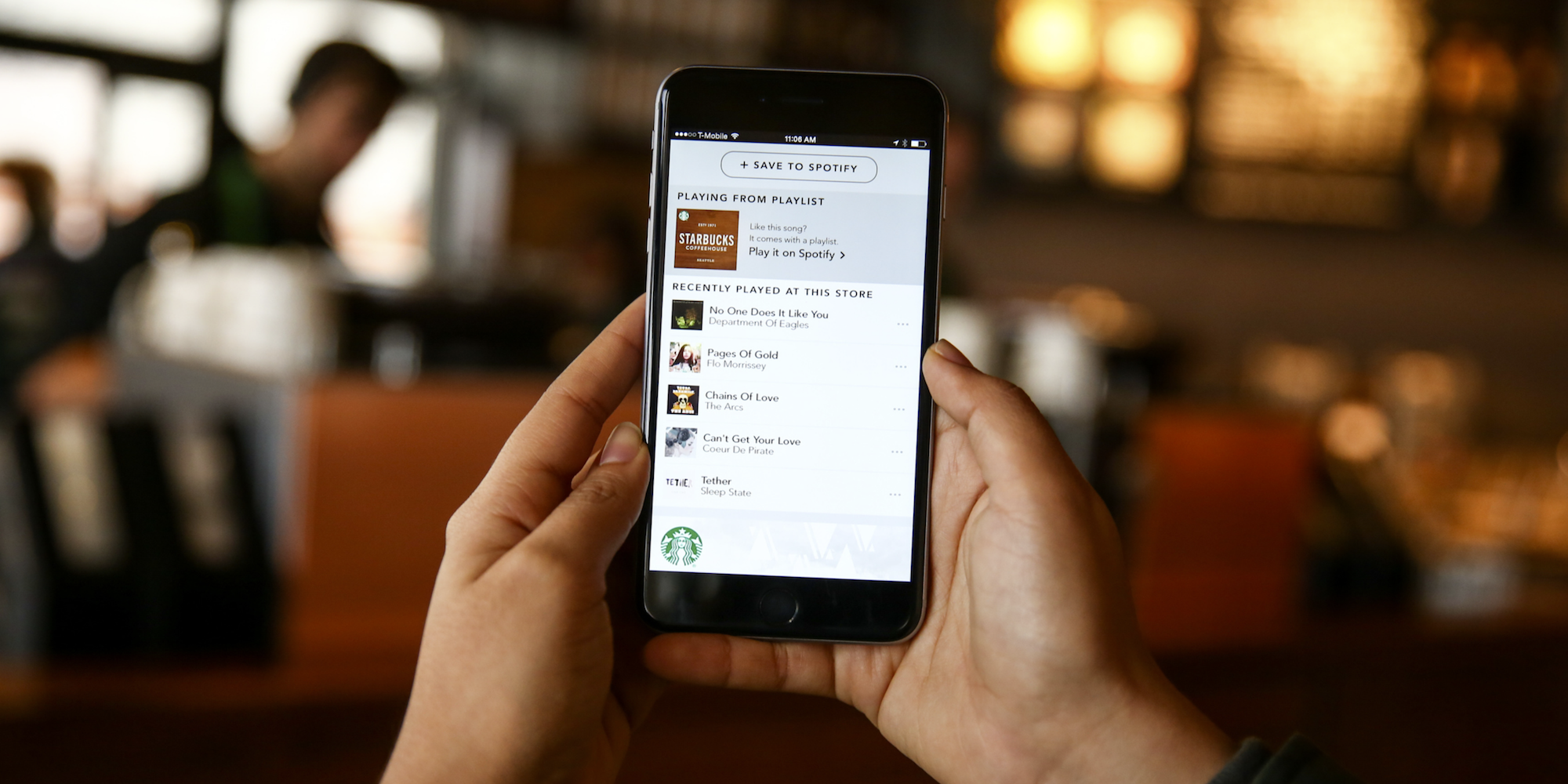 For me, coffee at Starbucks is secondary to the great music you discover courtesy of your twenty-something barista’s Spotify DJ skills. The good news is you can now easily save those Spotify playlists for listening later through an update to the Starbucks iPhone app today.

As a continuation of the partnership with Spotify that Starbucks first announced back in May of last year, today the company is rolling out an update to its mobile apps that will let users view and save Spotify playlists they hear playing in its stores.

In addition to saving Spotify playlists through the Starbucks apps, users will be able to “influence future Starbucks playlists” by liking songs from within the playlists they save. The company’s press release notes that the app will show users new playlists in rotation at Starbucks locations, “as well as Starbucks most popular music from the past 20 years on Spotify.” And the integration will be available to both free and paid Spotify subscribers.

This latest integration with Spotify is available at around 7,500 Starbucks locations across the US and follows an announcement last May that saw Starbucks employees get free access to Spotify Premium accounts for playing in-store music. At the time, we noted that Apple had long been a partner with Starbucks, offering free app content and music through iTunes. Starbucks continues to offer some content from Apple, but it remains to be seen if the companies plan to phase out iTunes freebies as Spotify features land for more users of the Starbucks apps.

And the Spotify integration won’t end with today’s roll out. The company will soon feature artists each week through the Starbucks app that will include links back to music on Spotify. Perhaps iTunes content will finally get the boot when that feature ultimately launches.

You can check out the new Spotify integrations in the updated Starbucks iOS app where available now.

The Sound of Starbucks Now, you can discover music playing in participating U.S. Starbucks stores*, save songs to a playlist on Spotify and take the music with you when you leave. Location services must be enabled to use this feature.**

*This functionality and in-store overhead music experience provided by Starbucks. **Continued use of GPS running in the background can decrease battery life.

Thank you for all of you feedback!