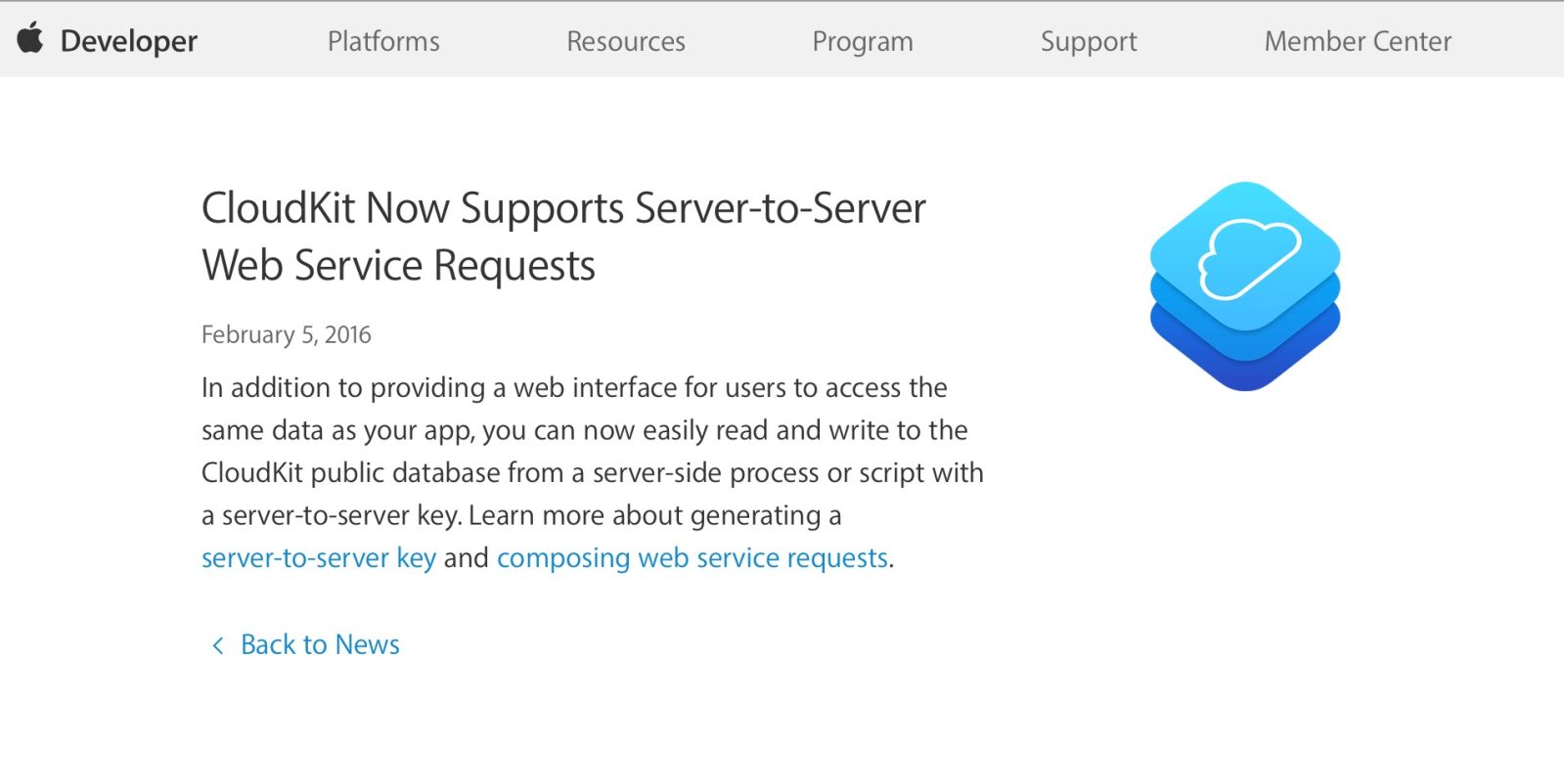 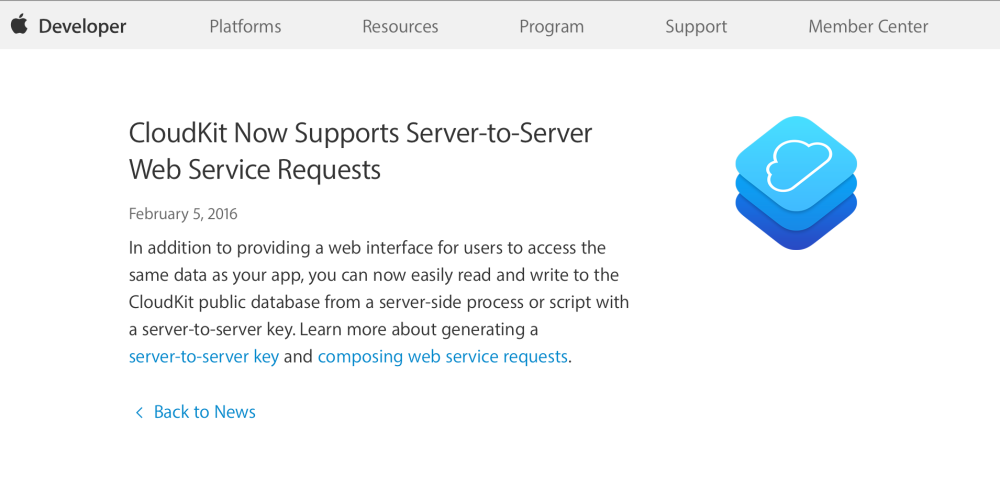 Expect CloudKit adoption to rise with this announcement. The server capabilities dramatically increase the chance that a developer can use CloudKit for their new app where they wouldn’t have been able to before, as so many modern apps rely on some kind of persistent server component. The lack of native SDKs for non-Apple platforms may continue to limit uptake, however.

Parse, a similar cloud framework, has recently announced it will shut down next year. With the inclusion of a server side request endpoint, CloudKit is now positioned to fully replace Parse as a cloud database engine. The timing of the CloudKit announcement is probably coincidental, but it serves to attract ex-Parse users who are now actively looking for a new platform to build on. Developers can find more information on adopting the new CloudKit features here. For users, expect to see more capable iOS and Mac apps built on top of CloudKit in the future.