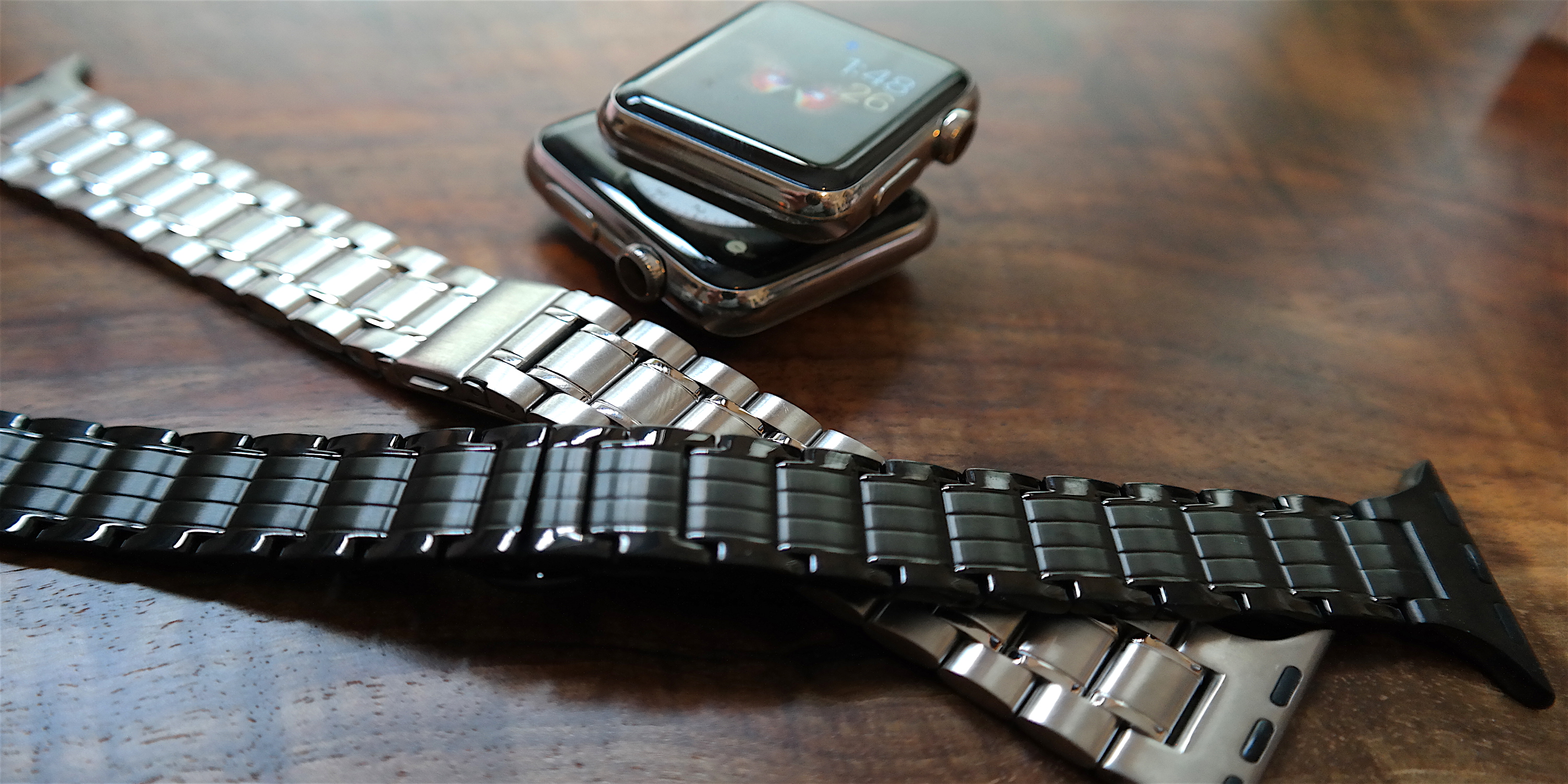 There are now a ton of third-party Apple Watch bands on the market of varying quality, but at $69, this alternative to Apple’s pricey stainless steel link band from Hyper is worth a closer look.

The bands are made out of the same 316L stainless steel that Apple uses, and nothing about them indicates why there would be an almost $400 gap between these and Apple’s.

The HyperLink bands come in silver and space black colors, and include two different designs. The designs aren’t copies of Apple’s bands, but the style of the link will be familiar to any fan of traditional stainless steel watch straps. The 42mm design has a much more masculine look, while the 38mm model is slimmer and has a tighter link pattern that is much more feminine for the smaller Apple Watch model.

The 42mm model is a brushed stainless steel with small accents of polished stainless on each link, while the 38mm model has a similar effect. Both are available in silver or a DLC-coated space black: 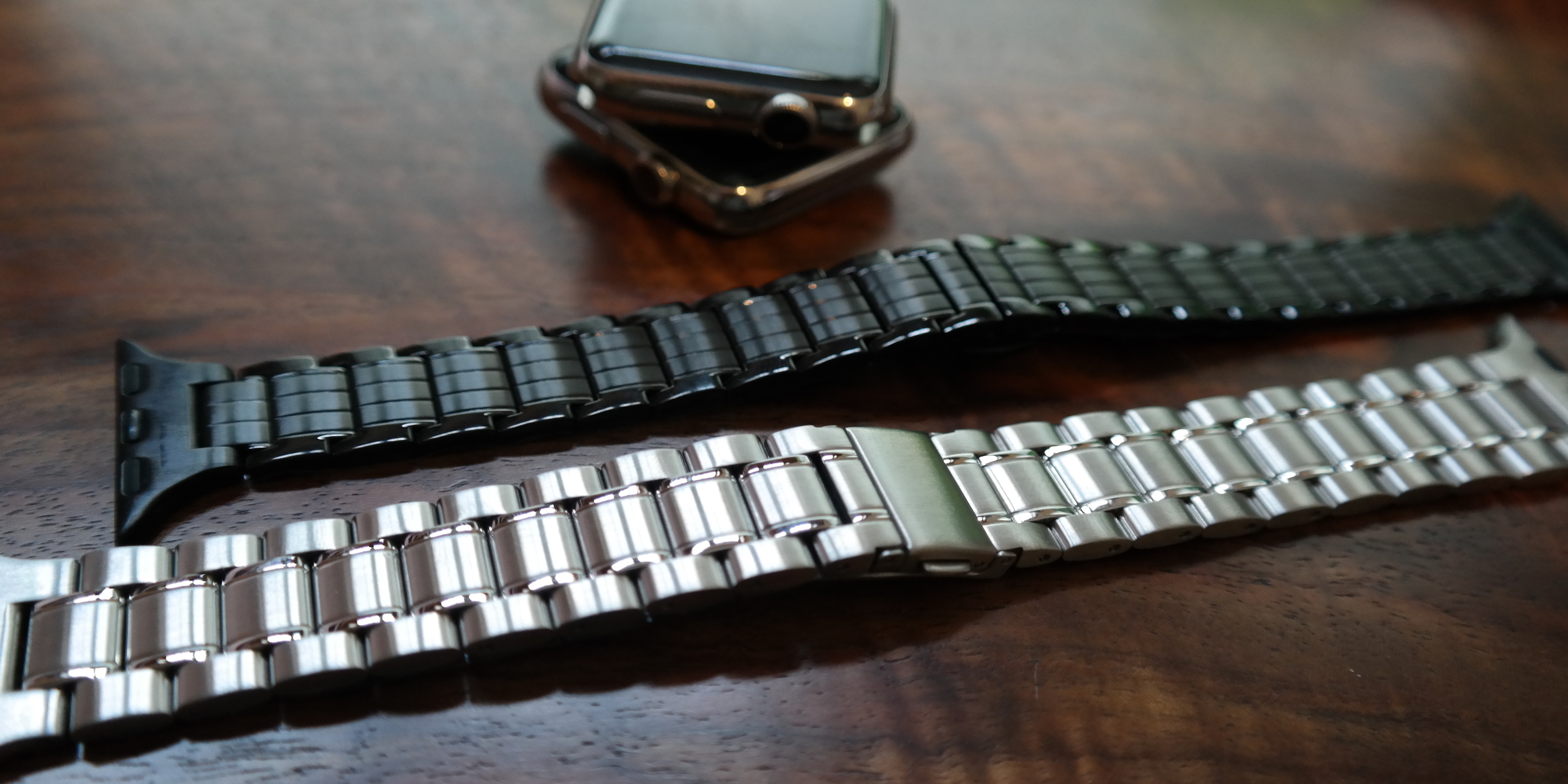 I had no complaints about the feel of the strap on my wrist. Admittedly, I was expecting it to feel a lot cheaper than it does in reality based on the price point. So when it comes to fit and feel, I was pleasantly surprised.

The deployment buckle on the 42mm is different from the 38mm. The 38m includes a hidden buckle that blends into the link pattern, while the 42mm doesn’t. The small tabs protruding from the buckle aren’t particularly pretty, but they get the job done to release the clasp smoothly. The 38mm has a tri-fold style buckle while the 42mm has a single fold style (pictured below):

There is subtle branding on the inside of the clasp, but it’s not visible when you’re wearing it.

They don’t use Apple’s official lugs — the ones it distributes to accessory makers through its Made for Apple Watch licensing program — but in my testing, the lugs on the Hyper band performed without issue when sliding in and out of the watch. It’s made out of the same 316 stainless steel as the rest of the band and designed to look a lot like the lugs on Apple’s own stainless steel bands.

The packaging isn’t much to brag about, but it gets the job done, and the band itself is protected in a tight plastic wrap to make sure it arrives scratch-free. I wondered how the band would perform against scratching, especially the DLC coating on the space black model. So I sacrificed one of my review units with a few scratch tests, and it held up well against friction from coins and bumps into objects around the house. But like any DLC coating, you will get scratches over time.

The HyperLink band starts off at pretty standard 210-215mm length that happen to fit my wrist perfectly, but it can easily be adjusted (130-210mm for the 38mm and 150-215mm for the 42mm). The first four links are removable using the standard watch link removal tool, and you can purchase extra links if necessary for $5 each.

After trying out the HyperLink bands, I’d definitely recommend giving them a shot over Apple’s $450 band, which myself and many others agree is overpriced even for the normal watch market. The HyperLink band is comparable to what you’d find on traditional watches that are priced just as high or higher than the Apple Watch with stainless steel band, and you can pick one up for just $69. The glossy accents and the DLC coated space black model might not be as slick as Apple’s bands, but if you like the look of the HyperLink bands, then there’s no reason to hesitate.

You can get the HyperLink bands from Hyper’s website for $69.