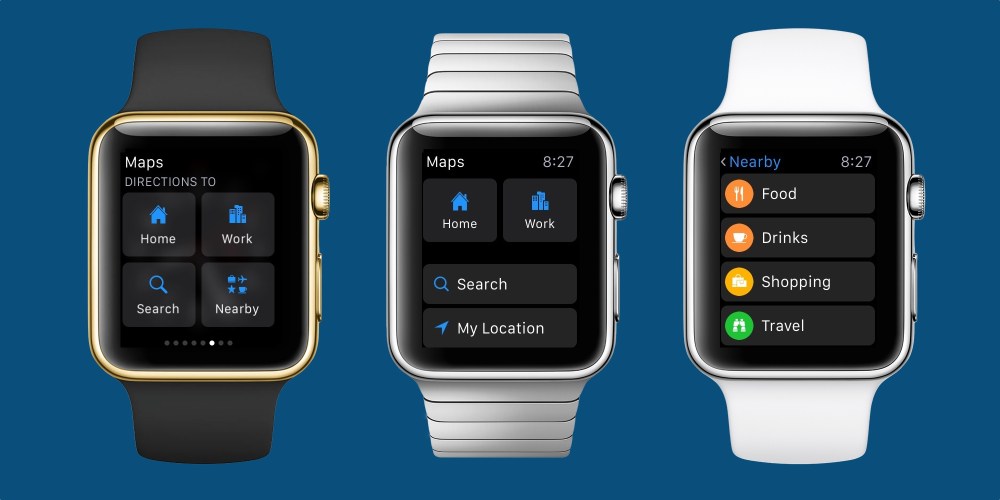 Starting with watchOS 2.2, Maps launches to a menu screen with big shortcut buttons to get directions to your saved work or home address; this works similar to Google Maps for Apple Watch. Below that you’ll find an easily accessible Search button which brings up an option for dictation above a list of recently searched locations.

Next you’ll find a My Location button, which takes you to a map view like the old launch spot. Force Touching this view now offers options for Search, Contacts, Transit, and now Nearby. Back on the Maps launch menu, Apple Watch users in supported countries will find the new Nearby section as a list option as well.

Nearby presents a list of locations by type like Food, Shopping, Fun, and Health. Each option contains more specific categories like Nightlife, Parks & Rec, and Movies, under which you’ll find nearby listings with addresses, business ratings, hours, contact info, and more data sourced by Yelp.

The glance card for Maps, which gives you quick access from the watch face, has also been updated in watchOS 2.2. Previously, the glance showed your current location, which was really only useful if you woke up in an unfamiliar location for some reason. The updated Maps glance presents shortcuts for navigating home, to work, finding search, and checking Nearby. 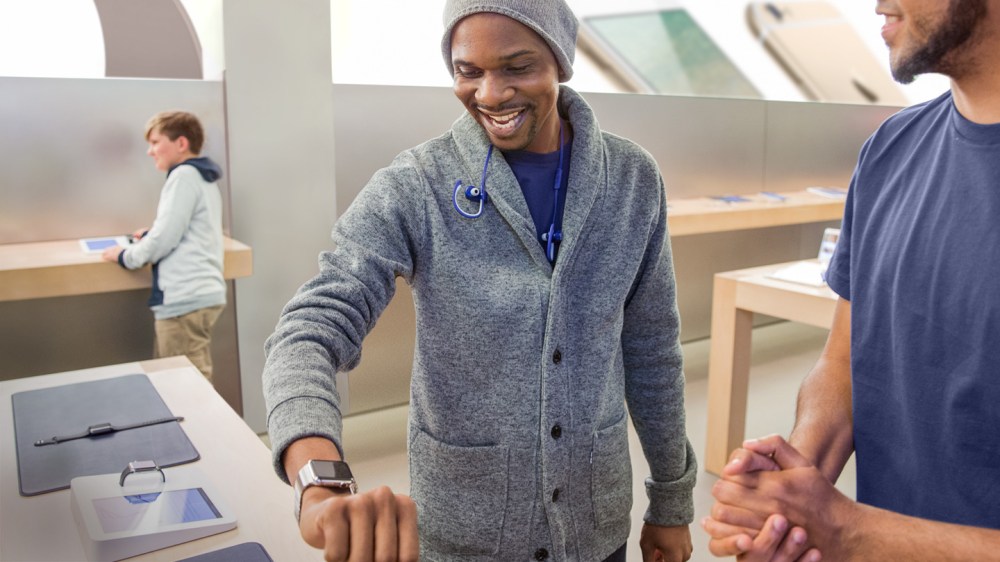 In addition to enhancing the Maps app, watchOS 2.2 also includes support for pairing multiple Apple Watches with a single iPhone. While this doesn’t allow you to actively use two Apple Watches at the same time, it does enable you to pair and setup different models with one iPhone and easily switch between which Apple Watch is active.

When Apple updates the Apple Watch hardware later this fall, this will allow customers to upgrade Apple Watch models easier. Going forward, developers with multiple Apple Watches will also benefit by being able to test apps on hardware running beta software without sacrificing battery life and performance on their main Apple Watches. 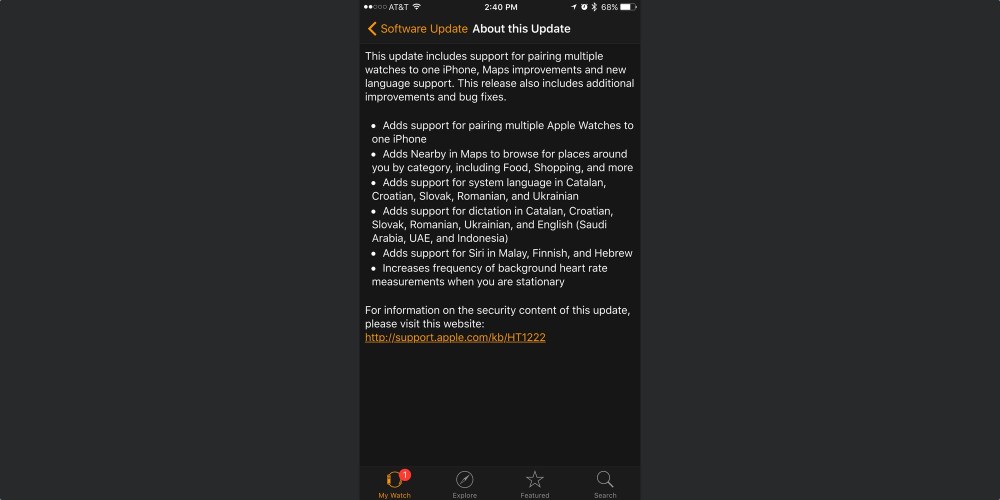 watchOS 2.2 is available through the Watch app on iPhone.