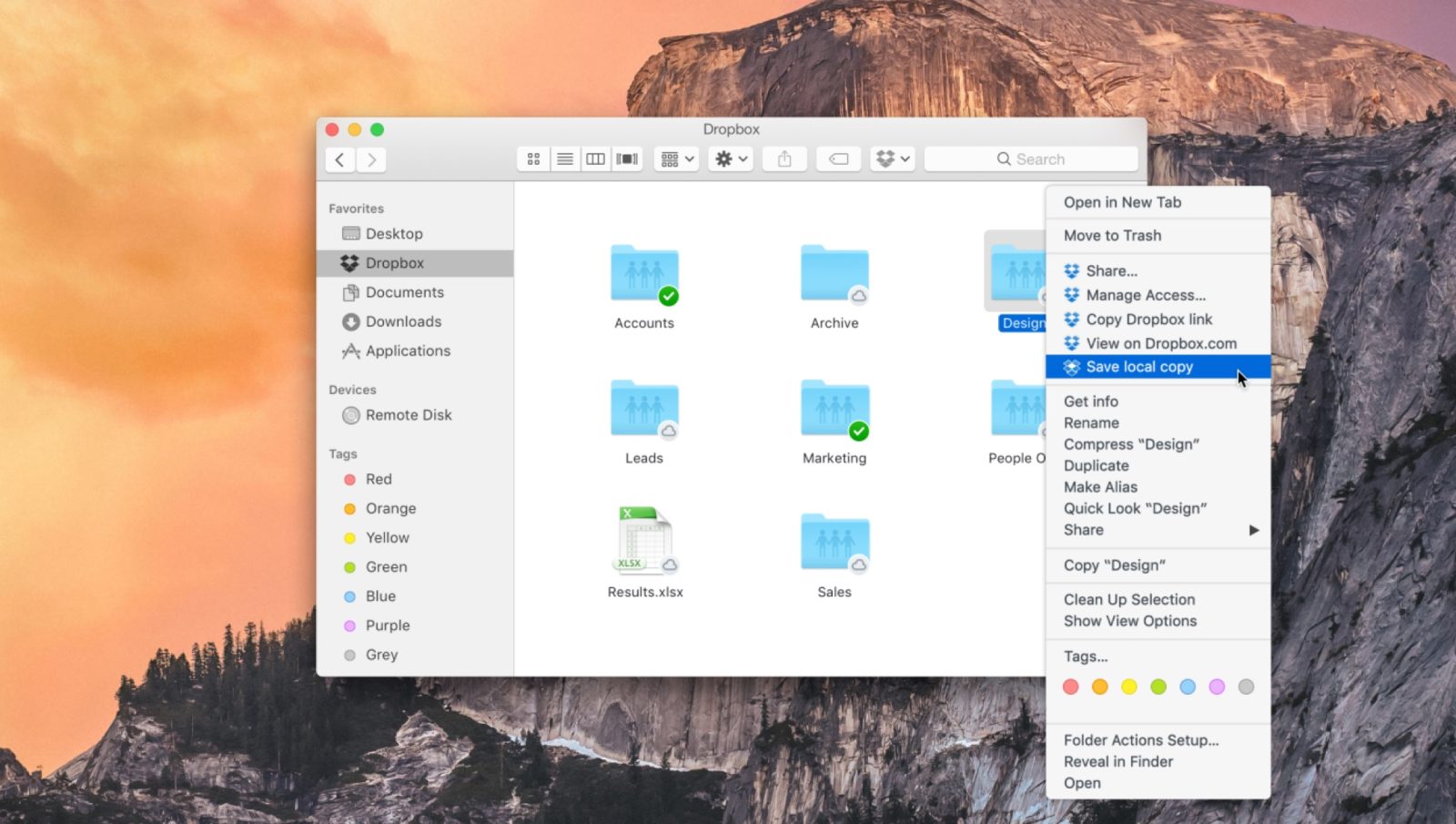 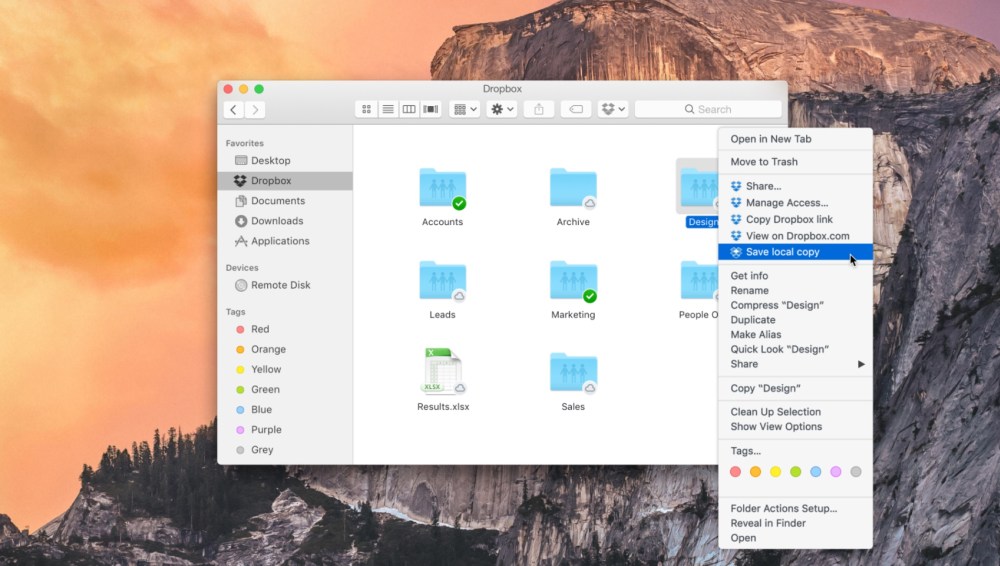 Dropbox is today announcing a new upcoming feature of its platform, codenamed Project Infinite. When Infinite rolls out, you’ll be able to see all your files and folders stored on Dropbox in the Finder, but they won’t take up any space until they are needed. The company is currently targeting the feature at business users.

So how does that work? What’s happening is that the Dropbox app shows placeholder items in your Finder for all files synced in the cloud. However, the contents of these files are never downloaded until they are clicked on and need opening. This concept is more easily explained by the demo video, embedded below.

Obviously, if you do not have network access but urgently require a particular file that isn’t already locally cached, then you are out of luck. However, Dropbox Project Infinite includes a ‘Save local copy’ feature that allows users to pin specific folders and files ahead of time, to guarantee they will be kept downloaded locally on the system.

For instance, if you are going to an important meeting abroad where the availability of Interent is spotty, you can choose the project files to save locally for the duration of the trip. Locally synced files are marked with the usual green checkmark.

The placeholders include metadata like filenames, modified dates and sizes just like actual files. Users can drag and drop placeholder files and folders to rearrange the logical layout of their documents too … all without having to download the file contents. Placeholder content is identified by a grey cloud annotation on the icon.

Overall, though, it means Dropbox users on the desktop no longer need to worry about filling up their local disk with files when they use their storage. Until Infinite, the only solution was to selectively sync specific folders but this meant unsynced folders were simply not visible within the operating system at all, unless downloaded in full.

Project Infinite is currently being targeted at business users, who want to deploy their intranet over Dropbox, containing terabytes of information. The feature has already been rolled out to a select number of partners but a date for a widespread release has not yet been given. Project Infinite will work on OS X and Windows computers.

Get more information about the upcoming feature on the Dropbox blog.