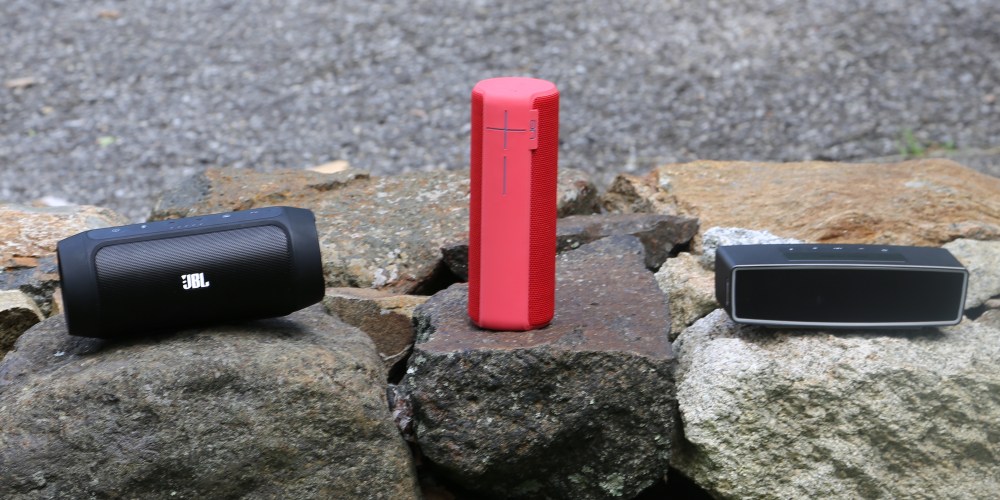 Popular Bluetooth speaker company Ultimate Ears announced today that it is adding Siri and Google Now integration to its lineup of speakers. With this feature, users can access their music directly from the speaker, making it even easier to change songs, artists, and more.

Users can access Siri or Google Now by simply pressing the Bluetooth button on their speaker and telling their respective voice assistant what they would like to hear. It works exactly the same as activating the voice assistant with your smartphone, except now you don’t have to actually be right next to your device.

“Music lovers can now truly stay in the moment, playing their favorite song from the middle of the pool or even while diving off a cliff with their UE speaker in hand,” said Charlotte Johs, general manager of Ultimate Ears. “No matter how wet, muddy or wild the situation, with Siri and Google Now voice integration on UE BOOM 2 and UE MEGABOOM, fans no longer need to pick up their phone to play DJ. Now, they can just say it to play it.”

Specifically, this feature works with the UE BOOM 2 and the UE MEGABOOM, which come in at $179 and $249.99 respectively on Amazon. With support for Google Now and Siri, the Ultimate Ears can position its speakers as useful for doing anything that Siri and Google Now are capable of, like sending text messages, checking the weather, and much more.

We called the UE Boom 2 one of the best Bluetooth speakers on the market in our review a few months ago, while we also praised the MEGABOOM when it was unveiled a year ago.

In order to use Siri or Google Now via your UE BOOM 2 or MEGABOOM, you’ll need to download the latest version of your speaker’s app from the App Store when it becomes available, which should be very soon. The full press release is below:

Ultimate Ears Now Lets You Say It to Play It

NEWARK, Calif. — June 21, 2016 — Today, Ultimate Ears wants you to speak up and use your voice by introducing Siri® and Google Now™ voice integration on UE BOOM 2 and UE MEGABOOM. Now, music fans can simply say it to play it, allowing them to stay connected in the moment by providing faster, easier access to their music using Siri and Google Now voice directly from their Ultimate Ears speakers. The new push-to-talk feature brings even more convenience to UE’s award winning on-the-go Bluetooth® speakers.

From cliff to cave, Ultimate Ears’ speakers are meant to be with you, wherever, whenever. They’re waterproof (IPX7), rugged and blast incredible 360-degree sound. This latest integration amps up the possibilities of where you can take your music and how easily you can access it all.
“Music lovers can now truly stay in the moment, playing their favorite song from the middle of the pool or even while diving off a cliff with their UE speaker in hand,” said Charlotte Johs, general manager of Ultimate Ears. “No matter how wet, muddy or wild the situation, with Siri and Google Now voice integration on UE BOOM 2 and UE MEGABOOM, fans no longer need to pick up their phone to play DJ. Now, they can just say it to play it.”
Gone are the days of hunting down your favorite song on your phone as this new voice integration provides access to tunes in just a couple of seconds. Through a quick push of the Bluetooth button and a simple voice request, you can quickly get the party started and never miss a beat.
Pricing and Availability Siri and Google Now voice integration is available on UE BOOM 2 ($199.99) and UE MEGABOOM ($299.99) through the free UE BOOM and UE MEGABOOM apps. The app enhancement is available through the iOS® and Android™ app stores on June 21. Speakers are sold separately. For more information, please visit www.ultimateears.com.
About Ultimate Ears Ultimate Ears is transforming the way people experience music, together, out in the world. UE first revolutionized the way artists interact with their concert audiences by reinventing the on-stage monitor, turning it into a custom-fitted earphone. Today, Ultimate Ears continues stronger than ever with its award-winning family of wireless speakers that are designed for people, their friends and wherever life takes them. And with new features and experiences regularly released through free software updates, UE speakers just keep getting better. For more information, please visit www.ultimateears.com. #MakeMusicSocial
Ultimate Ears, the Ultimate Ears logo, and other marks are registered in Switzerland and other countries. All other trademarks are the property of their respective owners. For more information about Ultimate Ears and its products, visit the company’s website at www.ultimateears.com.