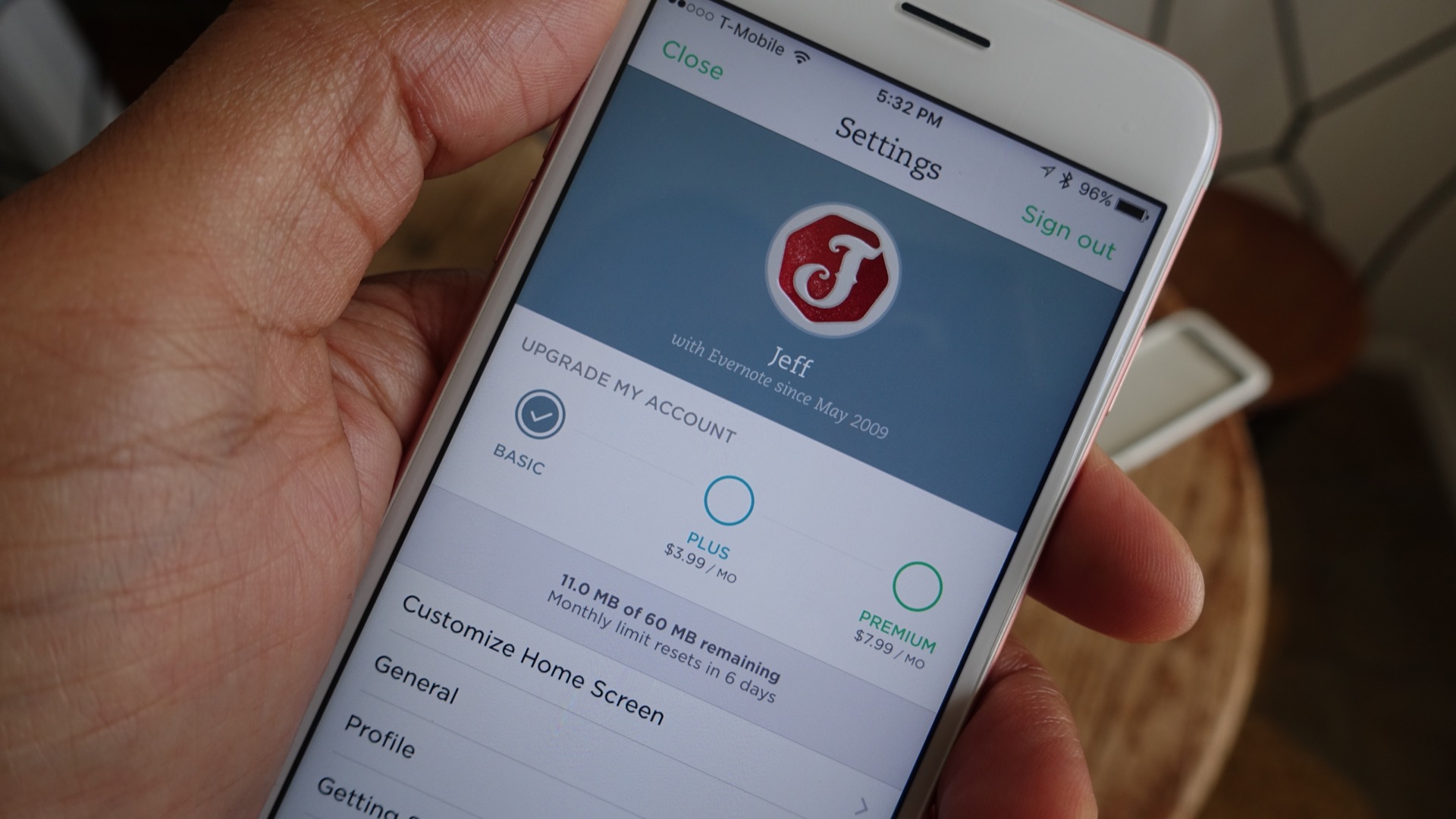 Evernote is enacting a new two device limit for its free Basic plan. It’s also raising the prices for its Plus and Premium plans, as it looks to invest in improvements over the long term.

I’ve been a pretty vocal Evernote supporter over the years, and have waffled between its Premium and Basic tiers on and off as my needs fluctuated. This is just another couple of steps that Evernote has taken to devalue its Basic plan, as it urges users to adopt its Premium or Plus plans.

As someone who’s currently over the two device limit, I received a courtesy email alerting me that a change is coming. Evernote says that customers in my situation will have at least 30 days to adjust [read: pay for a Premium or Plus plan, or limit your Evernote activity to two devices].

Evernote’s Premium and Plus accounts will continue to support access from an unlimited number of devices, but not without a couple of pricing increases. 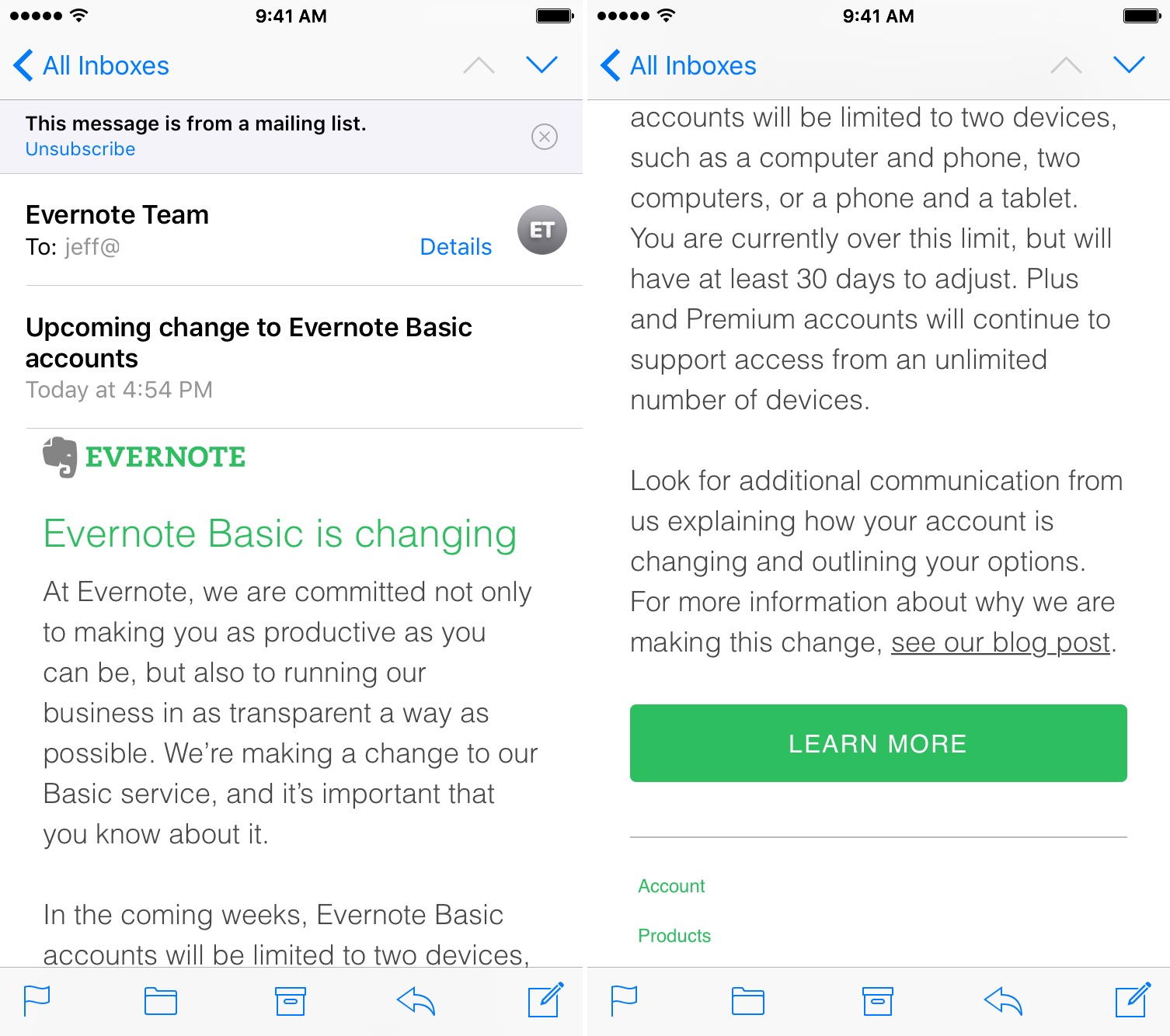 Here’s a quote from O’Neill about the changes:

We don’t take any change to our pricing model lightly, and we never take you for granted. Our goal is to continue improving Evernote for the long-term, investing in our core products to make them more powerful and intuitive while also delivering often-requested new features. But that requires a significant investment of energy, time, and money. We’re asking those people who get the most value from Evernote to help us make that investment and, in return, to reap the benefits that result. 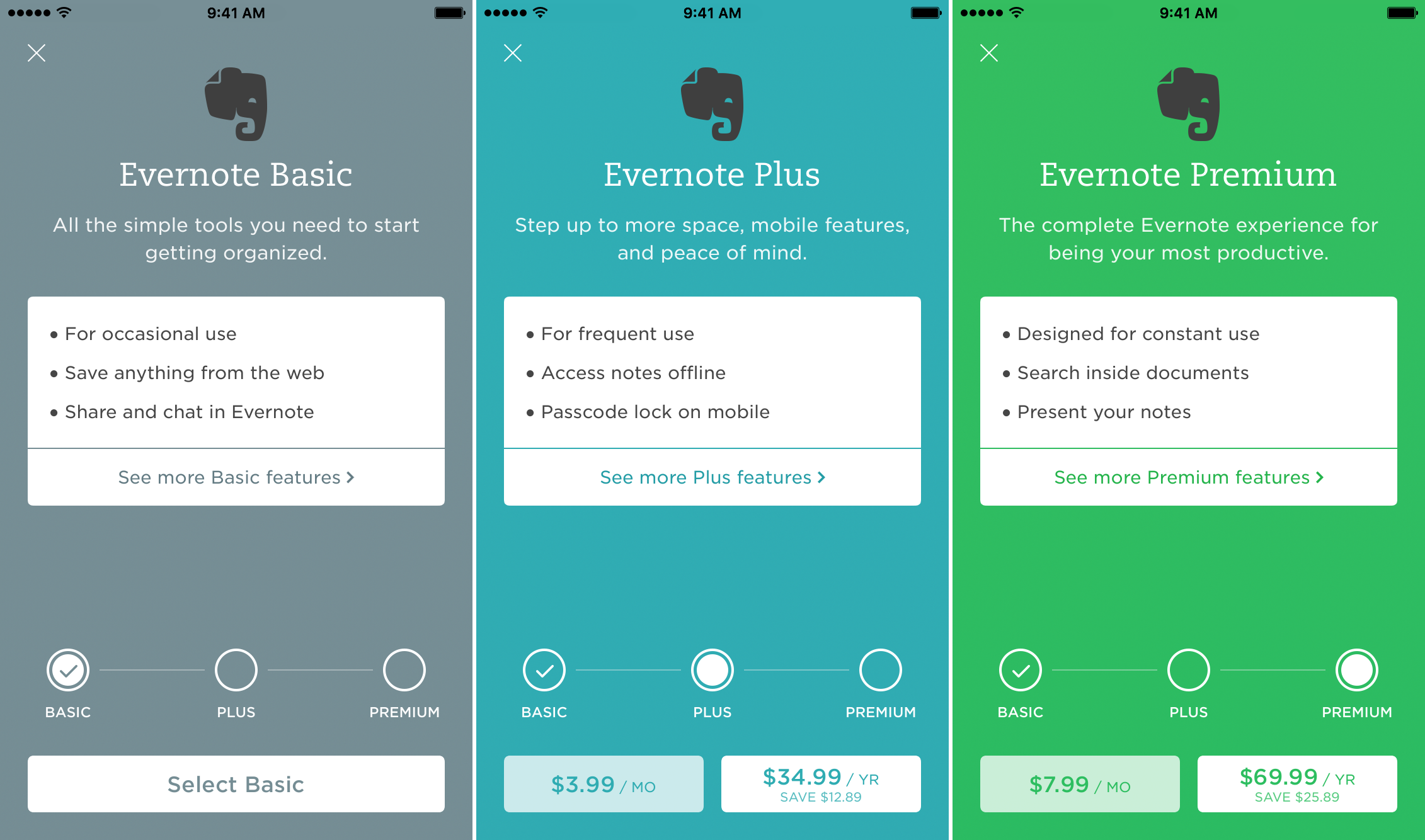 I really like Evernote, and it is at the core of my “paperless” initiative. But the Evernote team has made some questionable decisions over the last few years, and these changes aren’t likely to sit well with its users, paid or otherwise. That said, I will continue to support them, and hope that CEO Chris O’Neill can help the company to be laser-focused on its bread and butter and delivering value to its customers.

Do you use Evernote? If so, how do you plan to react to these changes? I’ll likely continue to do what I’ve always done, and pay for a Premium or a Plus subscription when the need arises, and downgrade during slower periods.