Opinion: Does the iPhone 7 justify the hype, or is it just an iPhone 6s(s)? 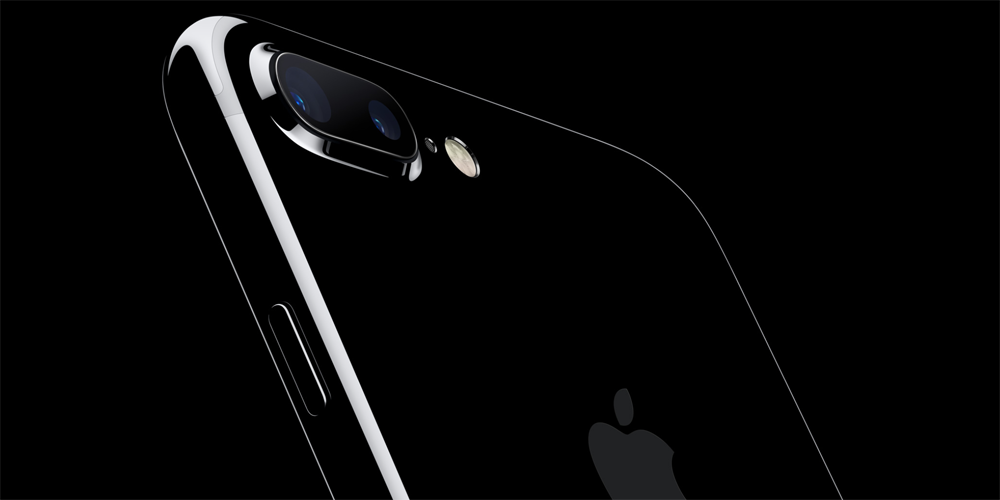 So, the iPhone 7 is official. Apple is the master of the art of presentation, so the new iPhones were introduced with all the breathless wonder and gorgeous photography we’ve come to expect. But now that the event is over, and we’re examining what we’ve seen in the cold light of day, does the iPhone 7 and 7 Plus justify the hype?

Let’s start with the obvious: there weren’t many surprises. Most of the rumors were true, so what we saw yesterday was – in the main – what we expected.

It’s no surprise that the image Apple kept showing us yesterday, and highlights on its website today, is the gloss (sorry, jet) black seen above. With a mirror-like finish, the rear of the iPhone looks remarkably similar to the screen when switched off, so you get a seamless look to the device. The Jet Black models definitely have visual impact.

But whether anyone will ever get to enjoy that visual impact is another matter. What the headline giveth, goes the saying, the small-print taketh away. And Apple’s small-print in the tech specs of the iPhone 7 actually suggests that the finish is so delicate that you might want to keep it in a case! Effectively Apple is saying you can have a gorgeous-looking new iPhone, but don’t ever expect to actually see it …

It’s not all bad news on the black iPhone front, though, because it’s also available in a beautiful-looking matte black finish. That might not have the immediate ‘wow’ factor of the shiny one, but I personally think it’s a lot more attractive. If I were in the market for one, that would be the color I’d go for.

I said back in March that it was crunch time for Apple’s storage tiers after touching on the topic last year, and the company has finally bitten the bullet! The new iPhones now come in 32/128/256GB tiers, ending the long-standing embarrassment of the 16GB starting-point we’ve come to know and hate.

The change is long overdue, but it’s still a very worthwhile upgrade. Of course, 64/128/256GB would have been nice, but 32GB at least gets you a usable device, while the 256GB top tier is a realistic option for those who will actually take advantage of the 4K video recording.

There were a few minor upgrades, which I’ll get out of the way before coming on to the more interesting things.

The screen is 25% brighter. That’s not a big deal simply because there was nothing wrong with the brightness on the 6s, but it will give extra pop to photos, so can be seen as something to accompany the much more significant improvements to the camera.

There are stereo speakers. I’m not personally convinced of the utility of these – who listens to anything other than phone calls on speaker? – but other manufacturers do it, so it was one of those things I suspect Apple felt it had to do as a catch-up measure.

The new phones are a little bit lighter. A few of those at yesterday’s event claimed to have been able to feel the difference. I’m a little skeptical, but lighter is always good, even by fractions of an ounce.

The performance improvements will, for most people, be barely noticeable. It’s only hard-core gamers who will see real value from these, I think.

The longer battery-life is a bigger deal. This is one of the more common complaints about the iPhone, and Apple has pulled out some significant improvements here. The one that will prove the most benefit in typical use, I suspect, is the boost in LTE web-browsing from 10 hours in the 6s to 12 hours in the iPhone 7 – with a smaller one-hour boost for the larger model, from 12 to 13 hours.

I made a schoolboy error this morning in seeing what looked like battery-life reductions in talk-time and audio playback, but what Apple has actually done is to assume we’ll be talking and listening wirelessly. There are presumably worthwhile improvements if using wired headphones.

Even bigger is the waterproofing. The new iPhones are certified to IP67, which means that they are required to be 100% dustproof, and to ensure that the phones come to no harm when immersed in up to 1 meter of water for up to 30 minutes.

That’s a standard which should take care of most of the usual liquid-related fates that can befall iPhones, from drink spills to the apparently surprisingly common ‘dropping it into the toilet’ incidents.

Sure, you can’t take it swimming, but for most people, IP67 waterproofing should ensure an end to those ‘bad news’ trips to the Apple Store where you’re told that unfortunately the water indicator shows that it was your own fault and it isn’t covered by the standard warranty.

This is also the main benefit of another change: the non-mechanical Home button. But it also eliminates a point of failure, one which Asian countries seem particularly worried by. So far, people seem disappointed by it – saying it makes the whole bottom of the phone vibrate, unlike the realistic feel of Apple’s haptic trackpads – but it’s probably a price worth paying.

I said earlier than there were few surprises, but Apple did manage one with its wireless headphone connectivity – at least, for those who hadn’t read my Comment piece beforehand predicting it.

We don’t yet know exactly how the W1 chip fitted to the new iPhone and Apple’s new wireless AirPods works. It still appears to be Bluetooth-based, but Apple certainly appears to have solved the pairing problem big-time. Not only did those at the hands-on session report instant pairing, but propagating that link to all your other devices via iCloud is genius.

It’s not clear whether Apple has met the two other goals I described: more reliable audio streaming, and improved battery-life. It may be that the company has only tackled the pairing issue, but we’ll need to wait and see.

Of course, taking advantage of the instant pairing offered by the W1 chip requires new headphones. Currently we know that includes Apple’s own AirPods and Beats models, but I’m guessing that the company will license the chips to other manufacturers too.

Which brings us to the headline new feature: the camera improvements.

If Apple had offered the dual-camera system on both models, then there would be little question that this is a worthwhile upgrade. As Apple is fond of noting, the iPhone is the world’s most popular camera. It has always been an extremely capable one, and there’s no doubt that many more decent-quality photos are taken in the world because so many people have an iPhone in their pocket.

The addition of optical zoom by fitting in a second lens into the iPhone 7 Plus is already a big enhancement. It not only provides better quality for 2x shots, but also means no loss of quality when using a combination of optical and digital zoom to reach 10x magnification.

But the far bigger benefit for me is using a combination of both lenses and some clever software to isolate the subject from the background when photographing people. Achieving shallow depth of field usually requires a larger camera because, with a single lens, it requires both a wide aperture and a large sensor. There isn’t room in an iPhone for a large sensor, so Apple has used machine-learning instead to perform the trick in software. That needs the two lenses, so the iPhone can use the parallax effect to distinguish foreground from background.

Shallow depth of field is one of the main reasons I still carry a ‘proper’ camera anytime I’m expecting to take photos. If Apple can reliably pull off a good job in the iPhone, that’s a huge deal. We’ll have to wait and see whether that’s the case, of course.

But, as expected, the dual-camera system didn’t make it into the 4.7-inch model, almost certainly because there simply isn’t room for it. The smaller iPhone 7 still gets a wider aperture, which will help with low-light shots, but more importantly it gets the optical image stabilisation system that was previously limited to the 5.5-inch iPhones. That’s the real killer feature for low-light shots, eliminating camera-shake that would otherwise spoil longer-exposure shots.

So, what’s my answer to the question I posed in the headline? Has the iPhone 7 earned its full-integer upgrade, or should it have simply had another S tacked onto the end?

For me, the 4.7-inch model, in truth, is an S model. Longer battery-life, real waterproofing, better wireless pairing and a better camera all add up to a nice set of enhancements … in an S year. It’s only the likely popularity of the black color that gives it a shot at any claim to be a whole new model.

But the 5.5-incher – that’s another story. If the shallow depth of field function works as well as it seemed to in the demo shots, that’s huge. Night shooters aside (who need 30-second exposures), this is all the camera most people will ever need. Added to the more incremental features, and yes, I think the iPhone 7 Plus has earned its numeral.

What’s your view? Were you impressed, disappointed or was it all exactly what you expected? Please take our poll, and share your views in the comments.