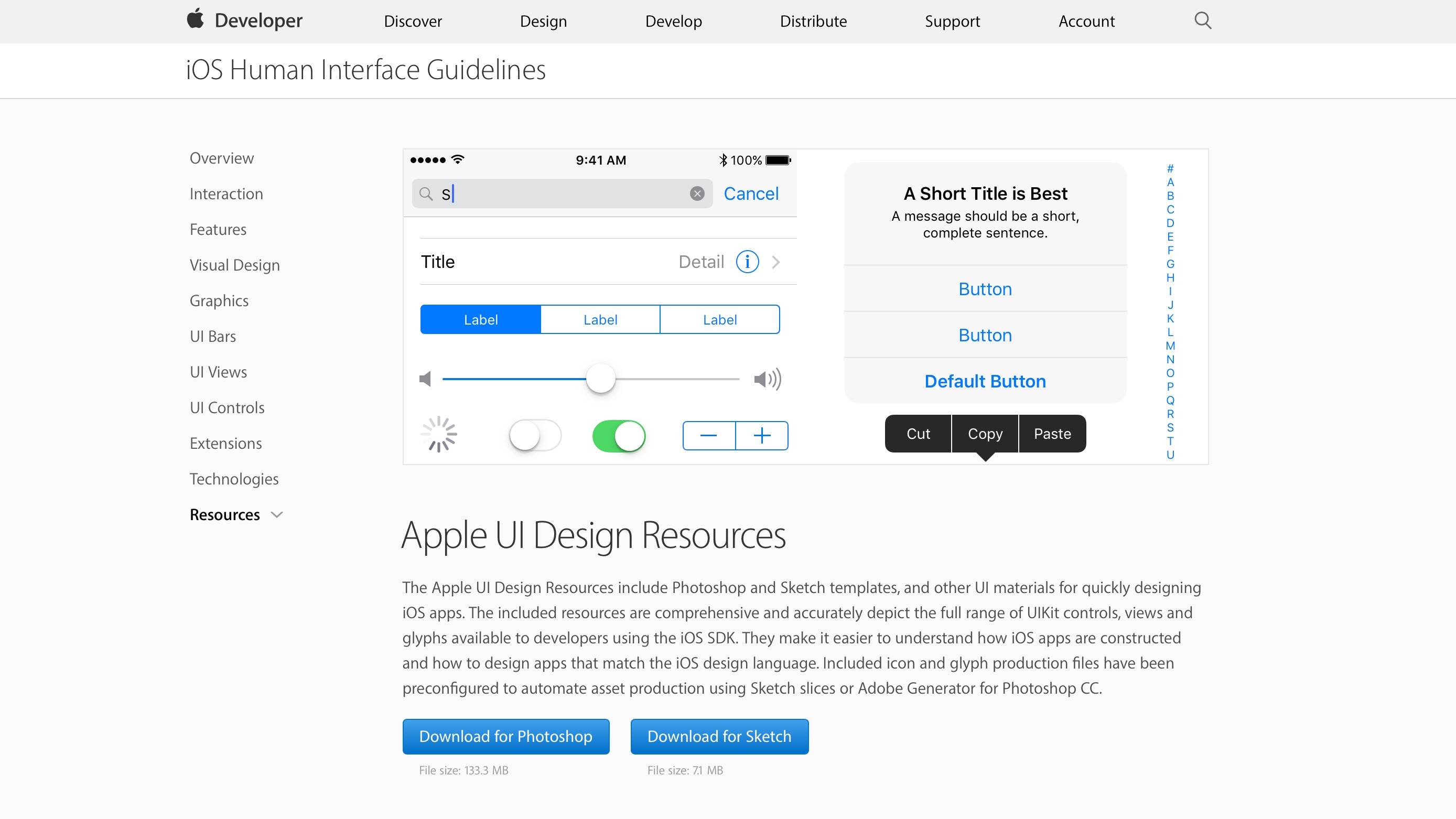 In the past, Apple has shared Sketch design templates for the Apple Watch and Dynamic Type Sizes, but today’s update is much more involved. According to Apple, the resources are “comprehensive and accurately depict the full range of UIKit controls, views and glyphs available to developers using the iOS SDK”.

The Sketch and Photoshop templates provided by Apple today include both light and dark examples of the iOS UI. While not indicating a dark mode coming to iOS, the dark UI elements help exemplify what a user with Accessibility features enabled might see. Specifically, the dark UI elements shared in the templates match the visual behavior that is seen when enabling Invert Colors on iOS.

Not more than a few hours ago Apple had also shared an update to their Apple News Format Design Tutorial helping Apple News publishers get started on designing their content for Apple News on iOS.

Head on over to Apple’s iOS Human Interface Guidelines’ Resources page for the downloads.