Apple posts Mother’s Day gift suggestions one month out, at prices starting from $49 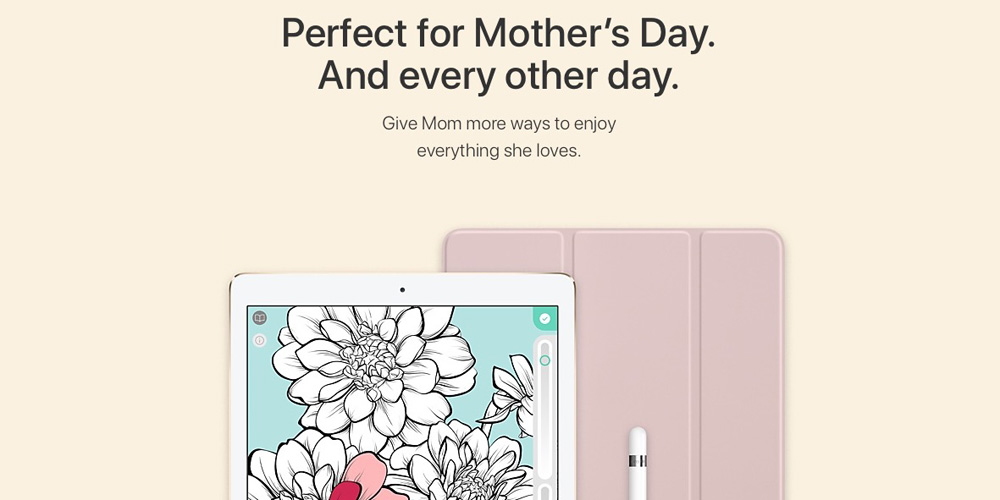 As the company has done now for several years, Apple has posted some gift suggestions for Mother’s Day, which takes place on May 14, with prices starting from $49 …

The gift page, headed ‘Perfect for Mother’s Day – and every other day,’ has the iPad Pro as its main promotion, with the Apple Pencil and Smart Cover suggested for those mums who already own an iPad.

At the lower end of the pricing scale, the company suggests Woven Nylon and Sport Bands for the Apple Watch, each starting at $49, while wireless headphones fill out the middle ground at prices starting from $149.

Apple does seem to be avoiding the sexist trap into which some companies fall. While Amazon may be able to blame its customers for its search autocomplete suggestions, it doesn’t give the best of impressions when the two suggested departments are Home & Kitchen and Health, Household & Baby Care …