Poll: What was the first iPhone you ever bought, and why? 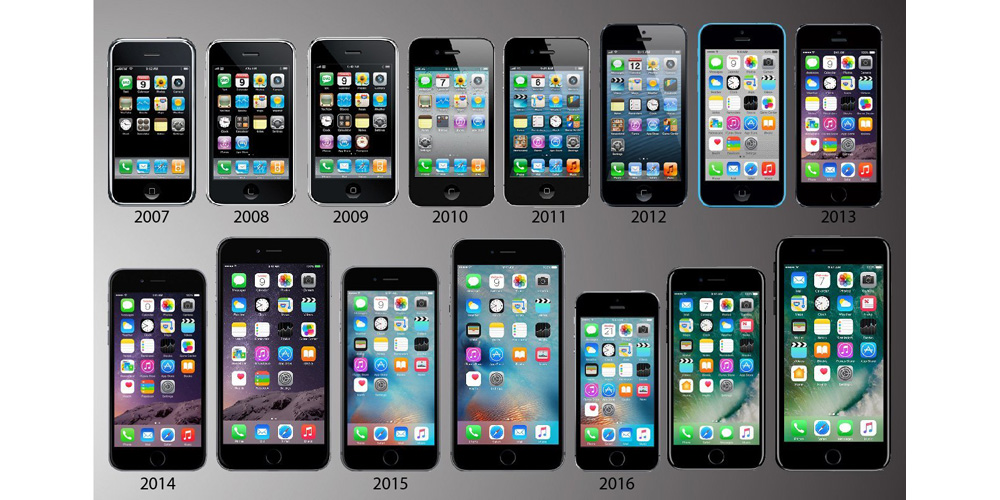 There have been 15 different iPhones, from the first one that went on sale on this day back in 2007 to the iPhone 7 and 7 Plus last year.

Between 2010 and 2015, Apple followed a consistent ‘tick-tock’ pattern: a new design one year, and new internals plus additional features the following year. For example, the iPhone 4 – a radical new design at the time – was released in 2010, while the following year saw the iPhone 4s. The 4s offered some worthwhile hardware upgrades (including an 8MP camera capable of 1080p video) along with Siri …

That pattern continued through the iPhone 5, 5s, 6 and 6s. New designs alternating with new hardware and extra features. While some upgrade every year, most people do so every two years, some favoring the new design, while others prioritize new features and opt instead for the S models.

There were a couple of wildcards along the way. 2013 saw the introduction of the iPhone 5c, a phone designed to attract more budget-conscious buyers, with the iPhone SE launched in 2016. Although primarily intended to provide a more affordable iPhone, the SE also appealed to those of us who prefer a smaller form-factor as well as those who favour the flat-edged design. But these were additional models rather than a change to the tick-tock pattern.

The pattern changed in 2016, when Apple launched the iPhone 7. In what would normally have been a year for a new design, the iPhone 7 instead was effectively an iPhone 6ss: new internals in more or less the same external design as its predecessor. And this year, instead of a ‘tock’ model, we’re of course expecting a radically new design in the form of the iPhone 8 (or whatever name Apple chooses for the new model).

At what point did you get on board? What was your first iPhone, and what led you to decide to buy it? Personally, I was an early adopter of smartphones and a late switcher to iPhones. I loved hardware keyboards in everything from the 1996 Nokia Communicator onwards, and for quite some time had a Mac, an iPad and an Android smartphone. It was the Apple ecosystem, rather than the phone itself, that persuaded me to switch. My first iPhone was thus the iPhone 4.

What about you? Please take our poll, and share your experiences in the comments.