Bizarrely, the one studio that hasn’t signed up for 4K movies on Apple TV is Disney 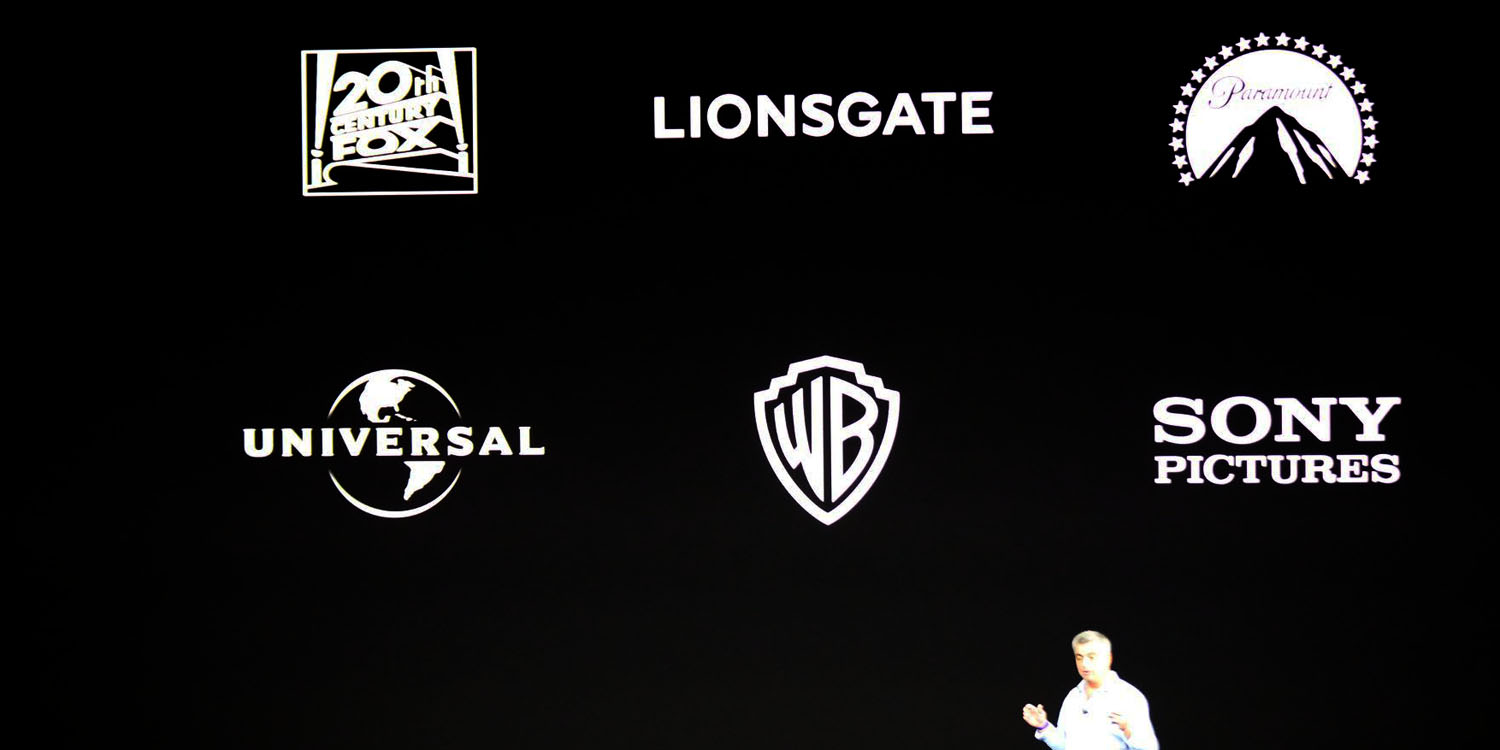 Apple had great news for movie lovers yesterday: not only would it be selling 4K movies for the same price as existing HD ones, but you’ll be able to upgrade existing purchases to the higher resolution completely free of charge.

However, while most major studies are in on the deal, there’s one odd omission: Disney …

The WSJ noted that Apple displayed logos for most major studios when announcing the news, but not Disney.

Logos for most major studios briefly flashed on a screen behind Mr. Cue, including Time Warner Inc’s Warner Bros. and Comcast’s Universal Pictures […] The one absence from Apple’s list of big studios selling movies in UHD is Disney.

It isn’t that Disney doesn’t yet sell digital movies in 4K – it does – on Vudu, for example.

As the paper notes, that’s a very odd exception: you would have expected it to be the first deal to be signed.

Disney’s absence is particularly notable given a longstanding close relationship between the two companies. Disney Chief Executive Robert Iger is on Apple’s board of directors and Disney was the first studio to sell television shows and movies on iTunes.

Not only that, but Iger was actually sitting there in the audience when the announcement was made.

The WSJ said that Disney declined to comment, and Apple hadn’t responded at the time of writing.