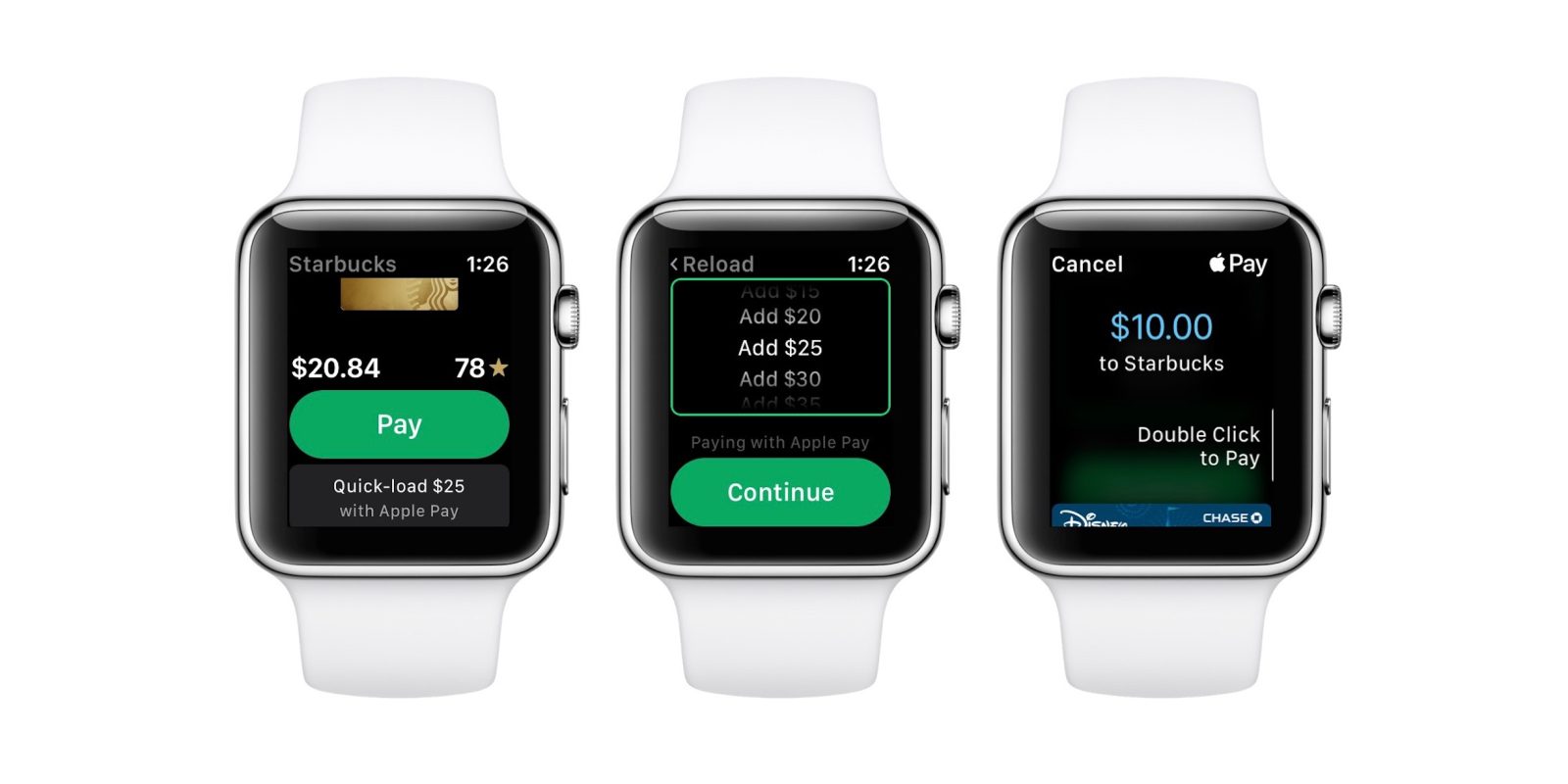 Apple first added the ability to use Apple Pay in apps with last year’s watchOS 3 software update. Few apps take advantage of this feature so far (Apple Store for watchOS lets you purchase favorited items using Apple Pay as one example), so it’s nice to see Starbucks finally making use of it.

Most Starbucks locations actually let you pay directly with Apple Pay from the Apple Watch in stores, but using your debit or credit card and not a pre-loaded Starbucks Card doesn’t let you earn points and rewards.

Starbucks has also updated its iPhone app to work with iOS 11. Download the latest version from the App Store.