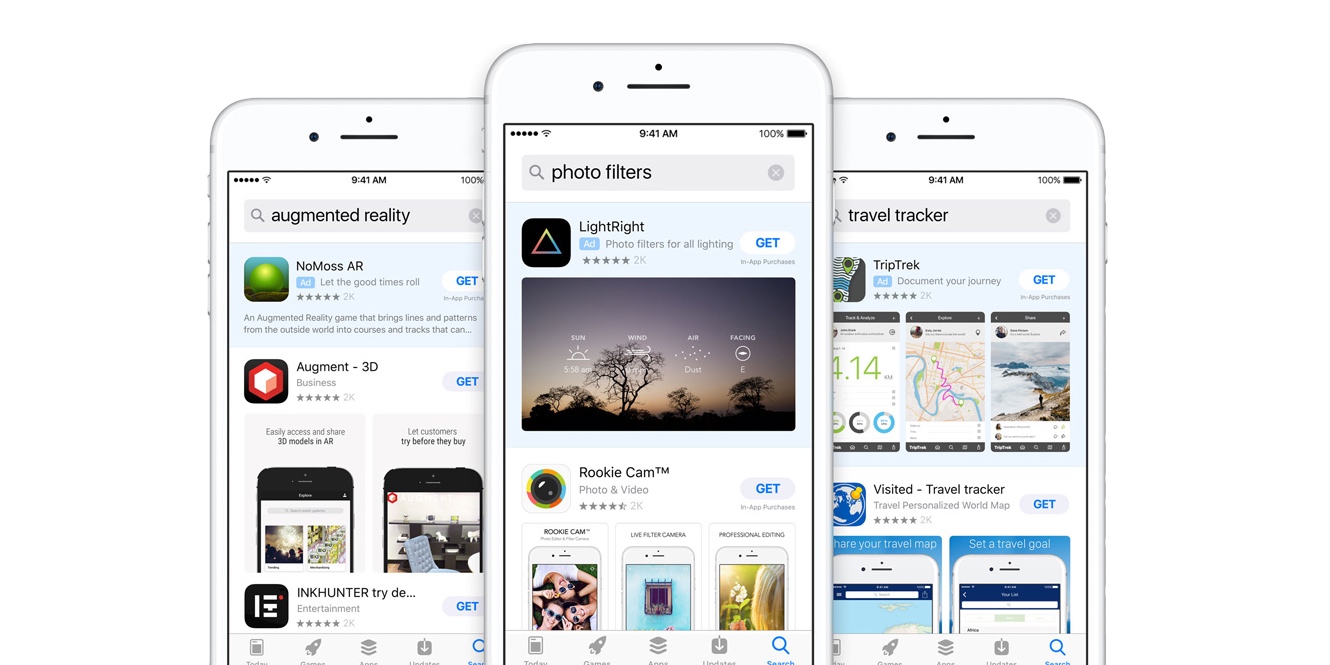 App Store Search Ads will start showing up on more iPhones and iPads from today as the inventory expands to Canada, Mexico, and New Zealand.

Search Ads allow developers to pay to promote their app above the organic results in the App Store. Each search can display only one sponsored result, which looks like a normal listing with the addition of a blue background and ‘Ad’ badge.

Developers bid for search queries and Apple collects money from sponsored ads each time a user taps on one.

The introduction of Search Ads was somewhat controversial with both customers and developers complaining about intrusiveness and relevancy of ads.

You can see an example search here for ‘twitter tweetbot’ in the App Store displays an Albanian dating app as the top hit because it is paying for placement.

Search Ads first launched with iOS 10 in the United States. With the addition of three new countries today, Search Ads are now available in the US, the UK, Australia, Canada, Mexico, Switzerland, and New Zealand.

Apple says that ads will start appearing in the new regions from 10 AM PST. Developers can target their ad campaigns with various demographic filters including choice of storefront region.

Find out more about Search Ads on the Apple Developer pages.