Ahead of Apple Pay Cash, PayPal & Facebook team up for peer-to-peer payments in Messenger 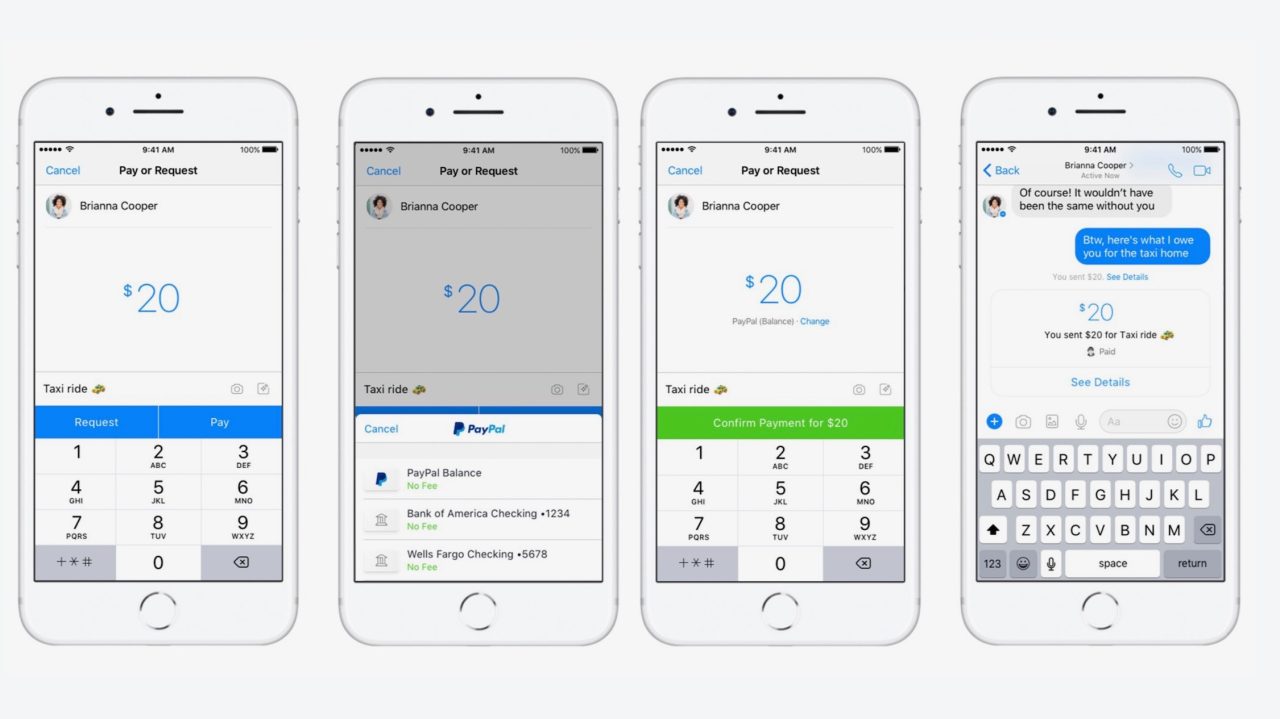 Ahead of the impending launch of Apple Pay Cash in Messages, Facebook and PayPal today announced a new partnership that allows users to send money to each other via Messenger. Today’s announcement is an extension of a partnership between the two companies that began last year….

Last year, PayPal and Facebook partnered to allow users to connect their accounts from both services, making it easier to shop on Messenger using PayPal. Today’s announcement, however, takes things a step further.

With support for peer-to-peer payments in Messenger, users can send or request money using their PayPal account without leaving the Messenger app.

We’re excited today to announce an expansion of our relationship with Facebook with the addition of PayPal as a funding source for peer-to-peer (P2P) payments, right in Messenger. People will have the option to send and request money using their PayPal account, and this integration in Messenger is starting to roll out to U.S. consumers today.

Furthermore, PayPal is introducing a customer service bot for Messenger. This means that PayPal customers can receive support directly within Messenger. PayPal hopes this feature will “enable people to have meaningful customer service interactions, such as resetting passwords, handling account inquiries, and helping with refunds or payment issues.”

PayPal and Facebook’s partnership for peer-to-peer payments comes ahead of the release of Apple Pay Cash, Apple’s competitor to the likes of PayPal and Square Cash. Facebook Messenger has supported in-app payments for a while and PayPal says over 2.5 million customers have already linked their accounts with that feature.

Apple Pay Cash is expected to launch sometime this year, likely before the end of this month. It was announced back at WWDC and internal testing has been ramping up over recent weeks.