Final Cut Pro X: How to improve slow motion in your projects [Video] 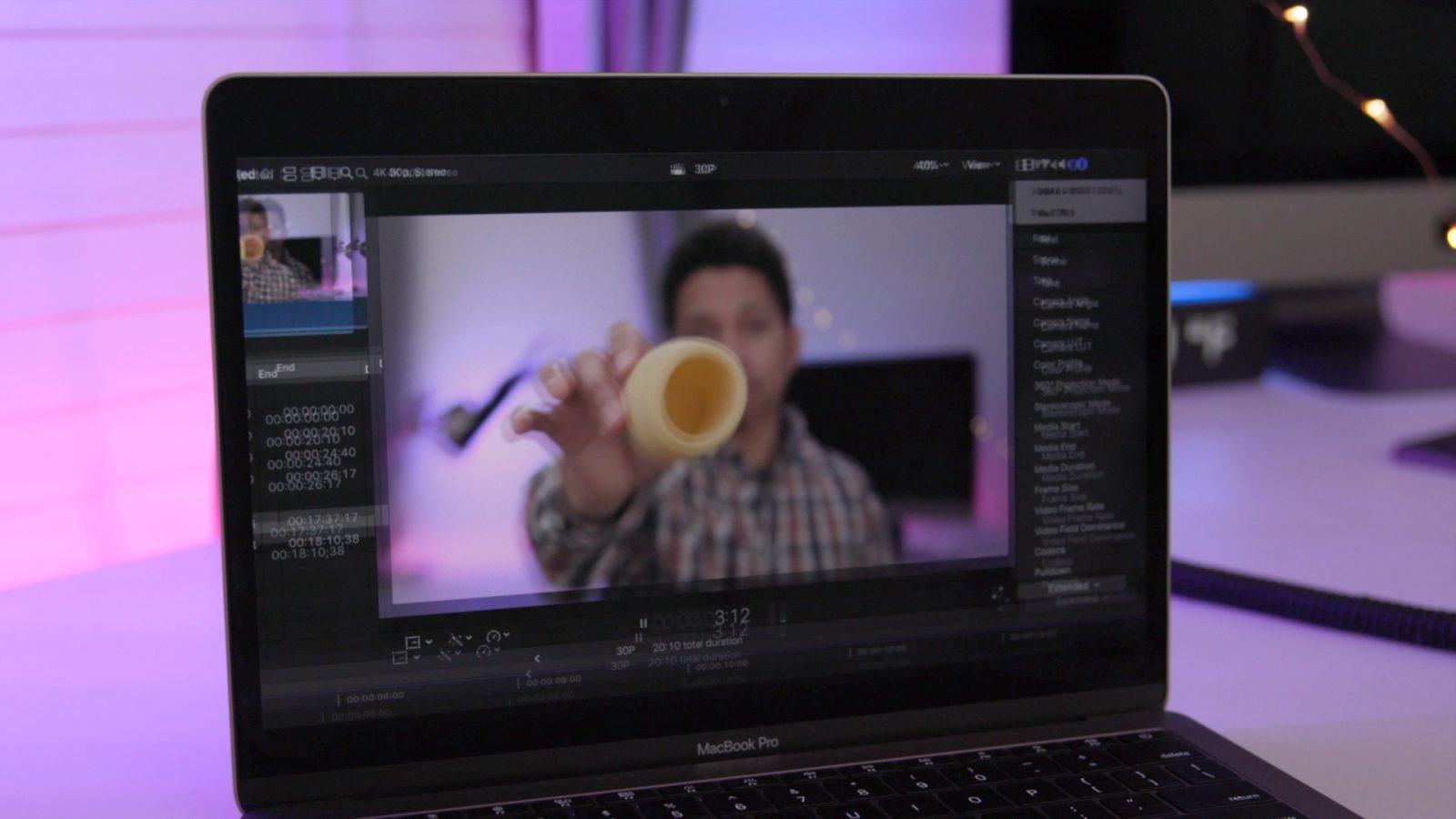 Slowing down footage is something I tend to do on a regular basis when editing video in Final Cut Pro X. Slow motion footage can be used to lend a dramatic effect, better highlight a particular area of a scene, or to simply smooth out your footage. In this hands-on video walkthrough, I showcase how to improve slow motion video in Final Cut Pro using some of the app’s built-in toolset.

I tend to shoot most of my videos in 24p (to the chagrin of some viewers), so I don’t often get the chance to regularly work with high frame rate (60p or higher) video. If possible, shoot footage that you’ll want to slow down in a higher frame rate for a more natural-looking slow motion effect. The thing is, I primarily use slow motion effects to help smooth out some of my tripod moves when I’m in a rush.

The most basic way to slow down footage on the Final Cut Pro X timeline is to select a clip and click the Retiming button. From there you’ll encounter several options under the Slow section, including 50%, 25% and 10%. The lower the number, the slower your footage will end up being. 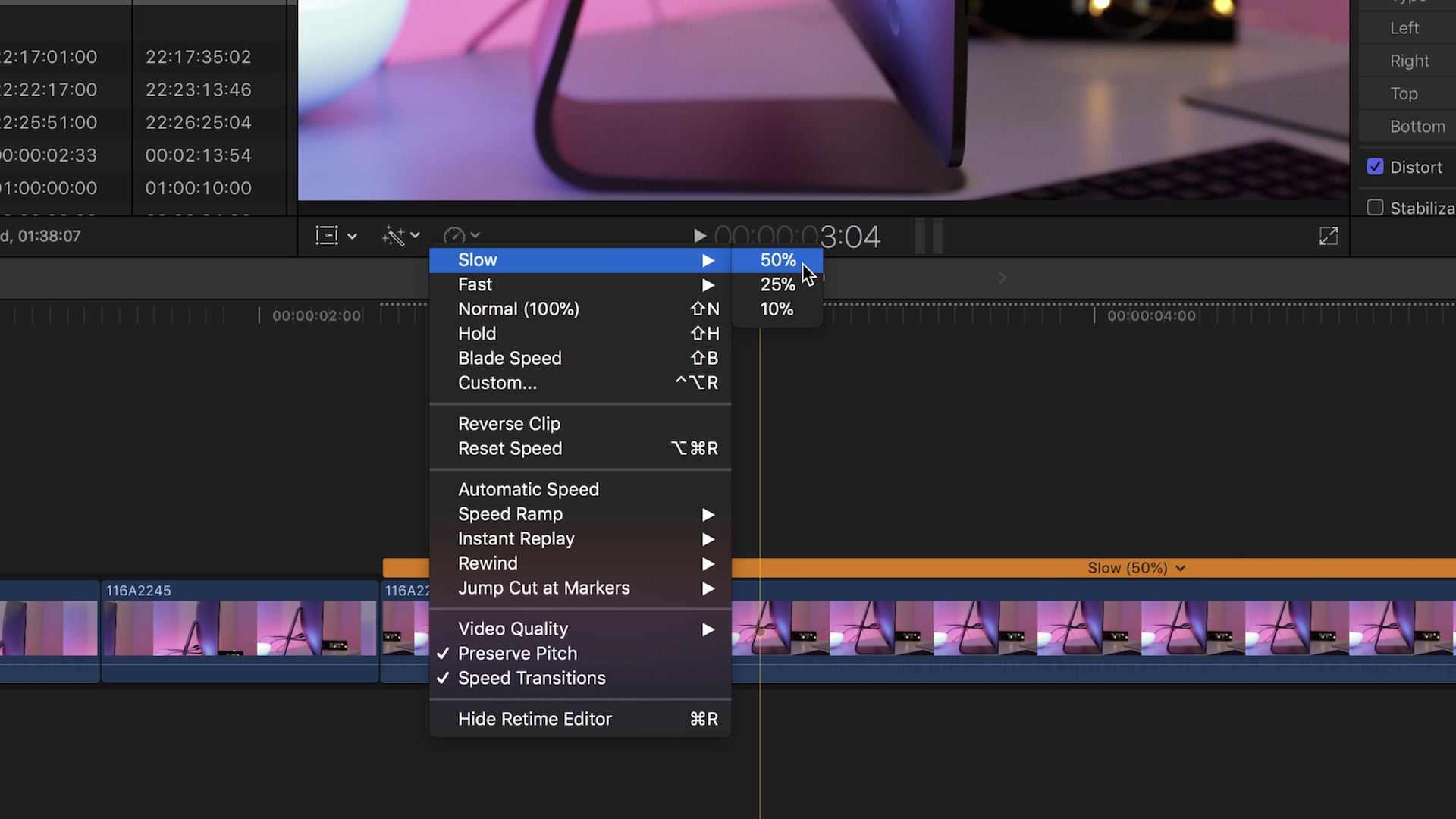 For the sake of this tutorial, we’ll stick with the default slow options of 50%, 25% and 10%. Once you select a value, you’ll notice that the selected clip becomes longer on the timeline, because it’s length is increased as the footage is slowed down. The inverse is true of sped up footage.

When you play back a slow motion clip, you may notice that playback is choppy even after rendering. Much will depend on the frame rate of the video used on the timeline. If the project is set at 30p and the footage that you slow down is 60p footage, then it will result in smoother playback when slowed down than if the footage was 30p. The higher the frame rate of the original footage, the smoother your slow motion will be using the retiming tools in Final Cut Pro X.

Although the iPhone can shoot slow motion at an impressive 240 FPS in full HD, not everyone wants to use a smart phone for their videos, or has access to a standalone camera that can shoot at such high frame rates. And what if you want to add slow motion to a 4K project? Most affordable standalone cameras on the market, except for the Panasonic GH5, are limited when it comes to 4K frame rate.

Thankfully, there are a couple of ways to smooth slowed down footage using Final Cut Pro X’s handy built-in video quality tools. The first method is called Frame Blending, and you can find it under the Retiming → Video Quality section of Final Cut Pro X. 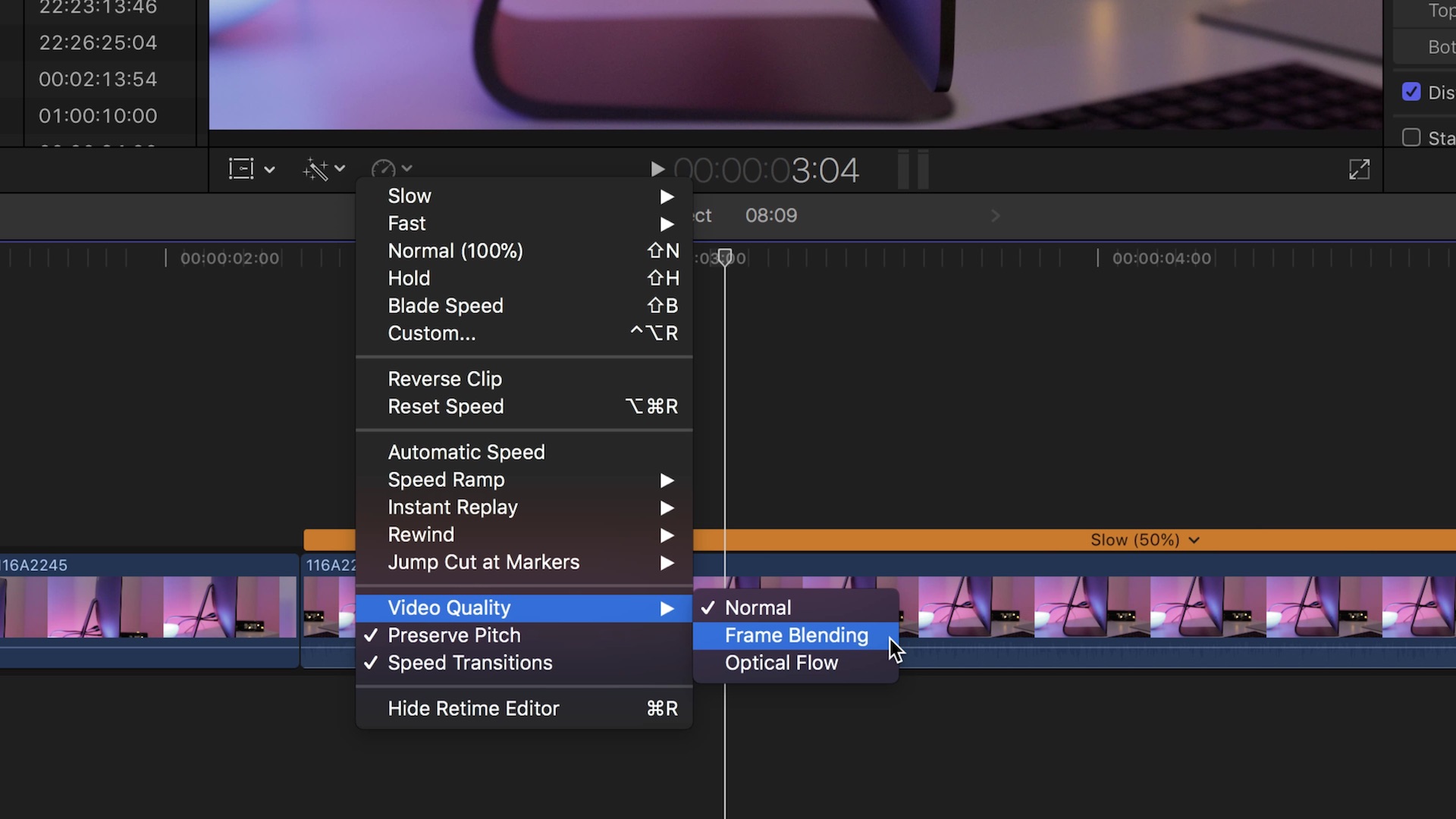 Frame Blending creates new in-between frames, each a composite of two neighboring frames, in order to reduce the stutter associated with the duplicate frames needed to slow down footage. It’s basically using a blending effect to stretch out the footage in a way that can seem more natural and less jittery. With this in mind, I find that Frame Blending is more apt for minor slow motion effects, i.e. 50% or higher. When you start stretching out beyond that, Frame Blending can start to fall apart.

The second method is called Optical Flow. According to Apple:

Optical Flow Adds in-between frames using an optical flow algorithm, which analyzes the clip to determine the directional movement of pixels and then draws portions of the new frames based on the optical flow analysis

I find that for more intense slow motion attempts, Optical Flow is the better effect to use. Keep in mind, though, that for certain types of movements, neither options are replacements for a high frame rate source footage. Generally speaking, the faster the movement of items in frame, the more difficult it is to apply frame interpolation effects to the footage.

In other words, both Frame Blending and Optical Flow can end up making your footage look wonky if not applied to an ideal scenario. I find that these video effects work best with simple tripod moves (slow pans, tilts, and pedestals). When you have a lot of fast movement of the subjects in frame, then problems can start to arise.

To conclude, it’s best if you can shoot video at a high frame rate if you know that you’ll want to slow down that footage in post, especially if it involves fast moving subjects across different focal planes. That said, just because you don’t shoot at higher frame rates doesn’t necessarily render your slow motion attempts null and void. Final Cut Pro X has several tools that make it possible to pull off convincing slow motion depending on the footage and factors involved.

This is just the start of a series of tutorial planned to discuss slow motion tips and tricks in Final Cut Pro X. Stay tuned for more details in future posts. In the meantime, please be sure to share some of your tips and observations down below in the comments section.