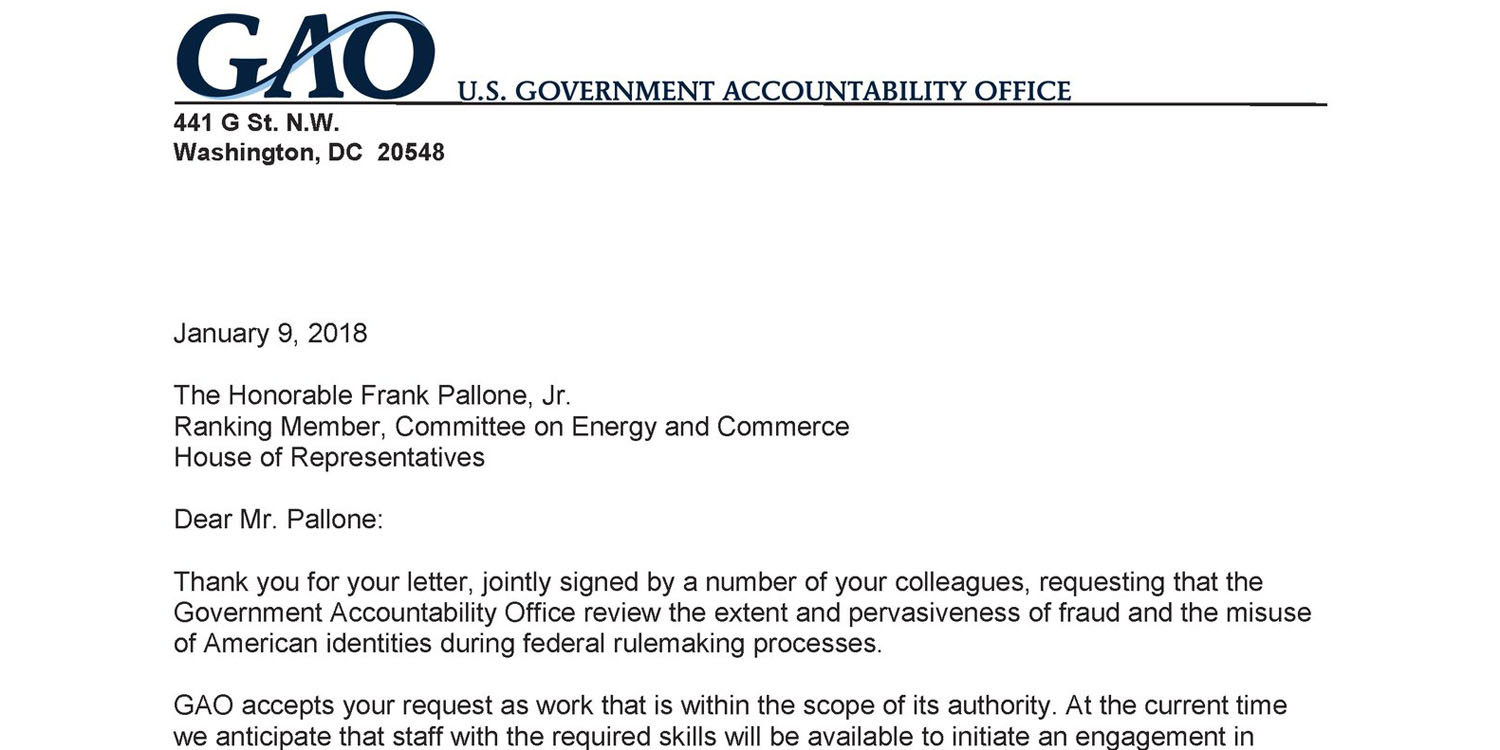 While the Trump administration saw the FCC repeal net neutrality, opponents of a two-speed Internet haven’t yet given up. After widespread allegations of fraud during the consultation process, including some particularly unpleasant allegations of identity theft, the US Government Accountability Office (GAO) has agreed to investigate …

Ten members of Congress wrote to the GAO requesting an investigation, and the House Committee on Energy and Commerce yesterday tweeted a copy of the GAO’s response.

There has been near-unanimous opposition to repealing net neutrality from the tech community. Some 40 tech giants created a Day of Action, Apple later adding its voice, and Steve Wozniak was one of 21 tech pioneers to blast the FCC’s decision.

Since then, state attorneys general have joined trade groups in planning legal action, with New York taking a strong lead in the battle to restore consumer protections.

Apple initially rejected then approved an app to detect net neutrality violations, while an increasing number of Internet users are using VPNs to circumvent any blocks or bandwidth throttling.

Hey, @AjitPaiFCC, today my mom would have turned 71. But she didn't. Because she died in March of 2016. Can you please take the time to explain to me how she made three separate comments in support of ending #NetNeutrality more than a year after she died?