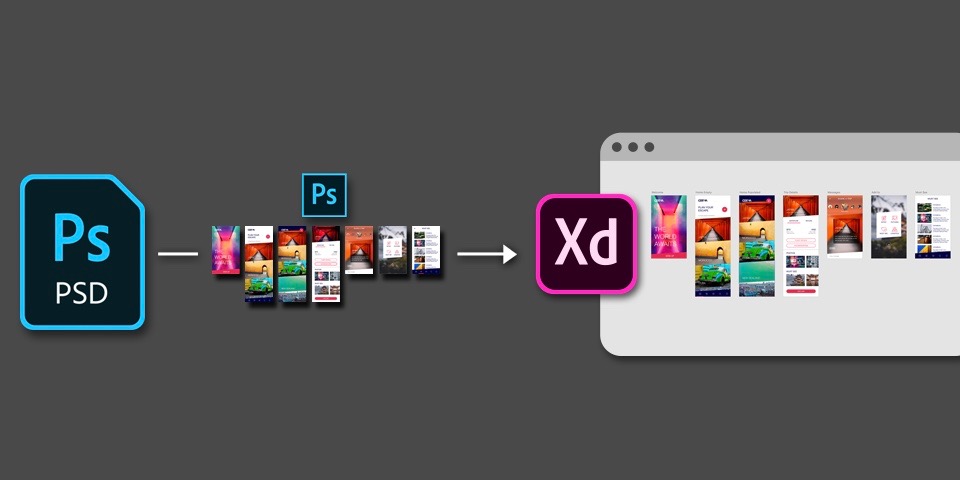 There’s news in the Adobe world today with feature updates to XD, Illustrator CC, and InDesign CC out now. Adobe XD now lets designers easily work with Photoshop and Sketch assets and design files, and both Illustrator and InDesign have been refreshed.

You can now bring your Photoshop files into XD by simply opening a PSD file with the CMD-O command or by selecting “Open” from the “File” menu. Your file will automatically convert into a new XD file with your artboards, layers, and assets editable and at a high fidelity.

Given the different feature sets of each app, Adobe warns that full compatibility is not guaranteed between apps:

Note that Photoshop and XD have significantly different feature sets. We bring in Photoshop elements and effects that can be mapped to XD’s functionality, the rest are either rasterized or not transferred yet to the XD file. Learn more about what is supported in this version.

Other improvements include the ability to change fill and stroke for grouped elements in one action, enhancements to scrolling vertical artboards, and more.

And for InDesign CC, Adobe has added new presets for recent devices like iPhone X, support for exporting documents as separate PDFs, and more.