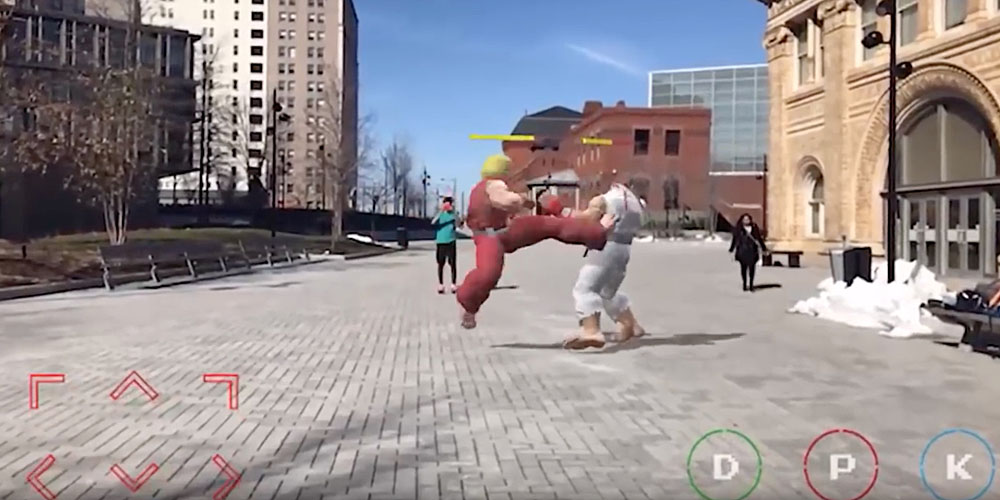 Developer Abhishek Singh is certainly having fun with ARKit at present. Shortly after creating a creepy augmented reality scene from the horror movie The Ring, he has now created an AR version of the classic arcade game Street Fighter II …

Remember the classic arcade game Street Fighter 2? I rebuilt it as a multiplayer AR game to actually take it into the streets. I’m calling it the Real World Warrior edition.

The video (below) shows it used in both tabletop and on-street forms. Judging from early comments on the video, it seems his work is appreciated.

Street Fighter II was a popular arcade game released in 1991 and ported to the Super Nintendo console the following year where it became a long-standing best-seller. It is estimated that the game has been played by at least 25 million people in the US alone.

Apple engineers are scheduled to talk AR at an upcoming conference in May. The company last month updated its Human Interface Guidelines with tips for developers.

Check out the video.