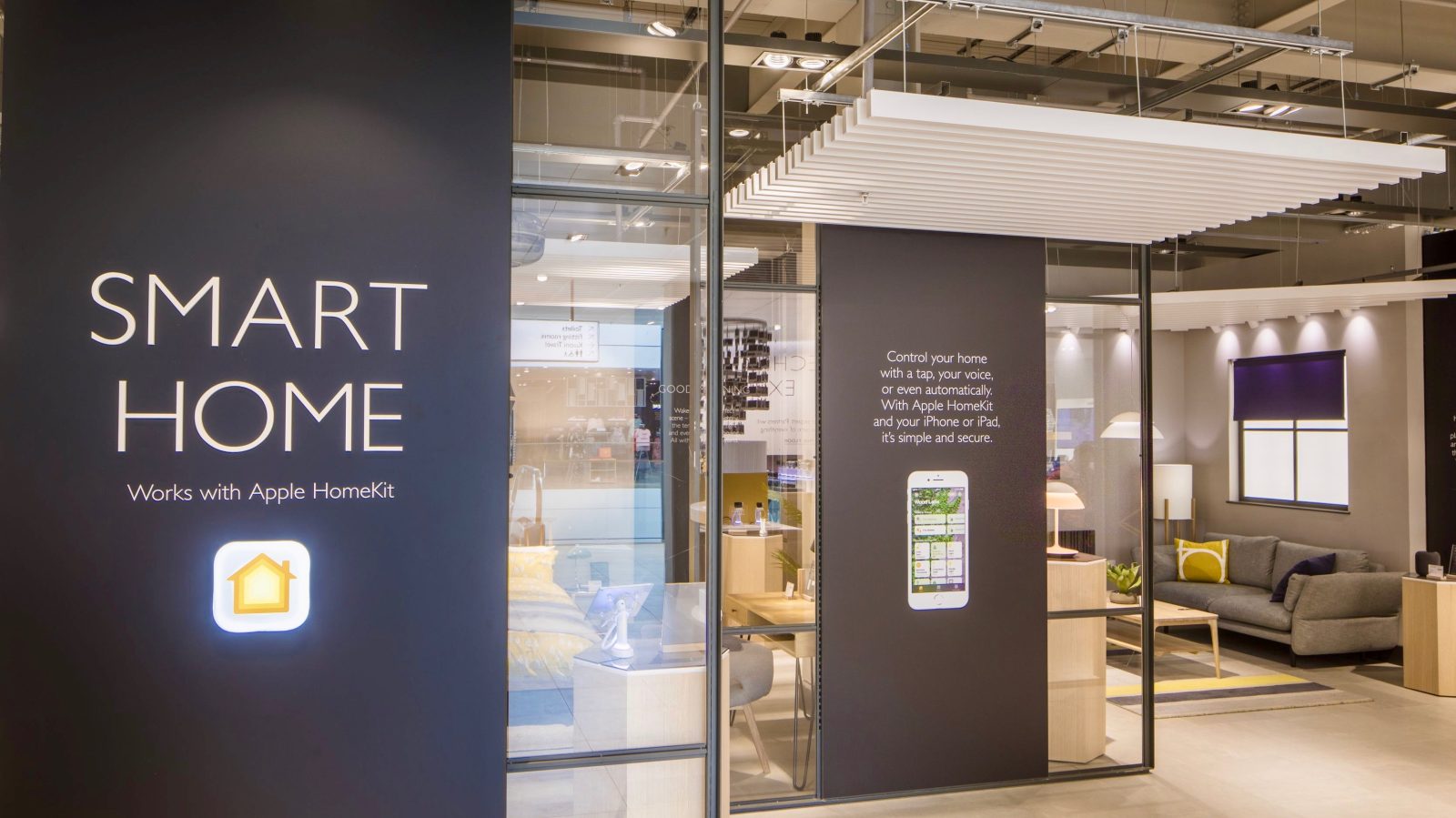 UK retailer John Lewis is opening a new 230,000 sq. ft. location in the Westfield London shopping center today, and on display in the giant new department store is a full display dedicated to Apple HomeKit. HouseBeautiful got a sneak peek at the setup before the doors opened to the public…

John Lewis have partnered with Apple to show how the many smart home products can be used with just one app and control system – the Apple HomeKit. In a home setting, you can play around with Siri in store and ask it to dim the lights, play your favourite music and put the heating on.

While the retailer acknowledges both Google and Amazon are also in the smart home space with their own platforms, John Lewis says it landed on the Apple partnership because over three out of four searches on their website come from iOS:

‘A lot of John Lewis customers love and use Apple iOS, they have an iPad or an iPhone. Our stats revealed 77 per cent of searches onto JohnLewis.com are from iOS devices,’ explains Siân Grieve from John Lewis. ‘We know Amazon are going after this space, we know Google are going after it in a big way – this is our chance to bring that to life in an iOS setting.’

The whole department store looks tremendous with the HomeKit space worth checking out for Apple fans in the neighborhood.

For more on Apple HomeKit, check out our new HomeKit Weekly series (next entry tomorrow) plus these stories: