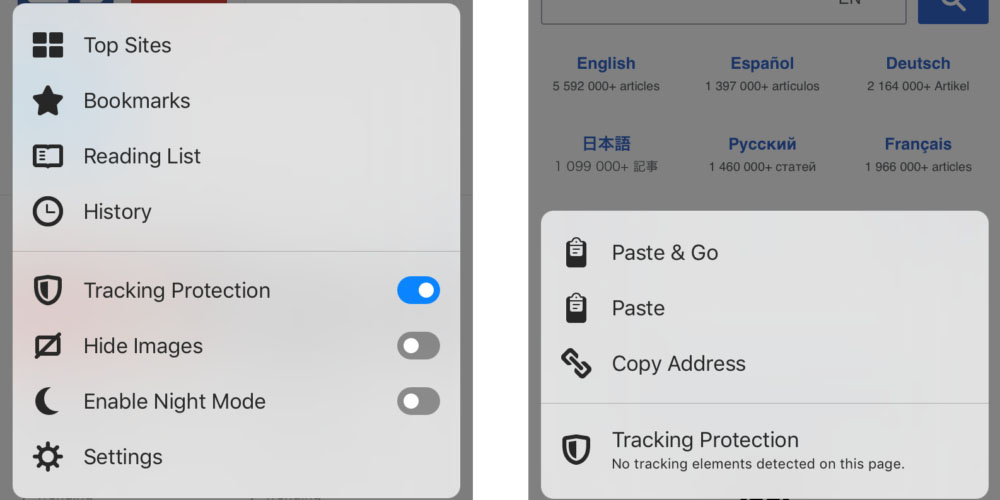 Mozilla has updated the Firefox for iOS app with four new features. Both iPhone and iPad versions now follow Safari’s lead in automatically blocking website tracking by default. Previously, it was an option you had to switch on …

Tracking protection is, though, a mixed blessing, as it means you’ll see random ads rather than ones which reflect your browsing history. Tailored ads are delivered by dropping a cookie on your device when you visit, say, a shoe store website that then tells other websites to show you ads for shoes. You can still disable the feature if desired.

The iPad version gets three other new features:

Tab re-ordering is a handy way to stay organized, and a standard feature on desktop browsers. Just long-press on the tab you want to move, then drag it to your desired position.

If you have two apps open side-by-side, you can now drag links from Firefox into the second app. Press and hold on the tab, then slide your finger to the appropriate place in the other app.

Finally, if you use an external keyboard with your iPad, Mozilla has added more shortcuts, shown below.

Firefox for iOS is a free download from the app store.