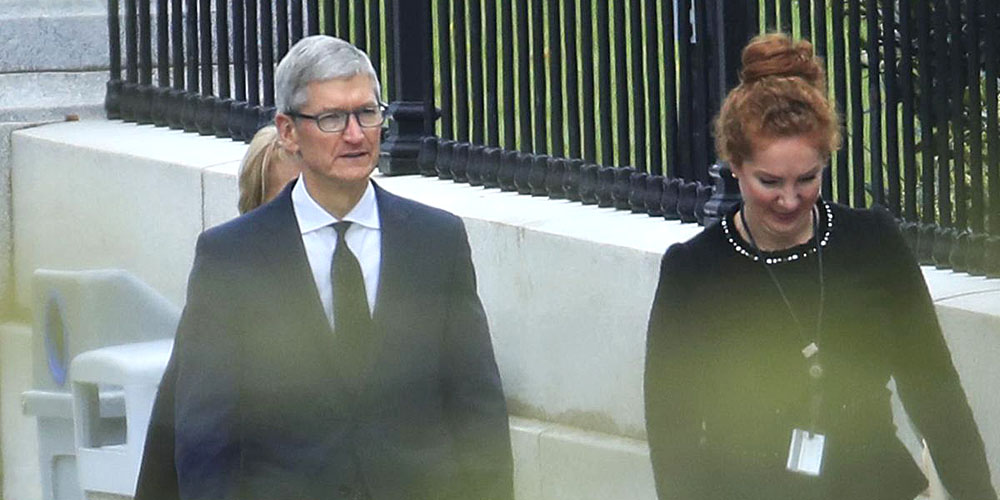 A tweet by President Trump suggested that foreign trade would be a focus for yesterday’s Oval Office meeting with Apple CEO Tim Cook.

Cook, who has urged calm during the recent flare in U.S. trade tensions with China, held private talks with Trump in the Oval Office. He also spoke with the president’s top economic adviser Larry Kudlow and U.S. Trade Representative Robert Lighthizer.

The meetings followed the beginnings of a trade war between the USA and China. Trump kicked things off by announcing plans for hefty import tariffs on steel and aluminum, before setting his sights on consumer electronics.

Lobbying by Apple and other tech companies seems to have persuaded Trump to back off, but his threat of $100M of duties on Chinese imports led to China retaliating with an initial round of $50M tariffs on US imports.

Cook will have been seeking to calm the waters and play his part in seeking to avert an all-out trade war between the two countries which are likely to damage both economies. It’s often been said that there are no winners in trade wars, only losers.

Cook and Trump disagree on many other issues, among them DACA, immigration more generally, diversity and climate change. The two do at least agree on corporate tax reform, however. A White House official described the meeting as ‘good’ while Apple made no comment.