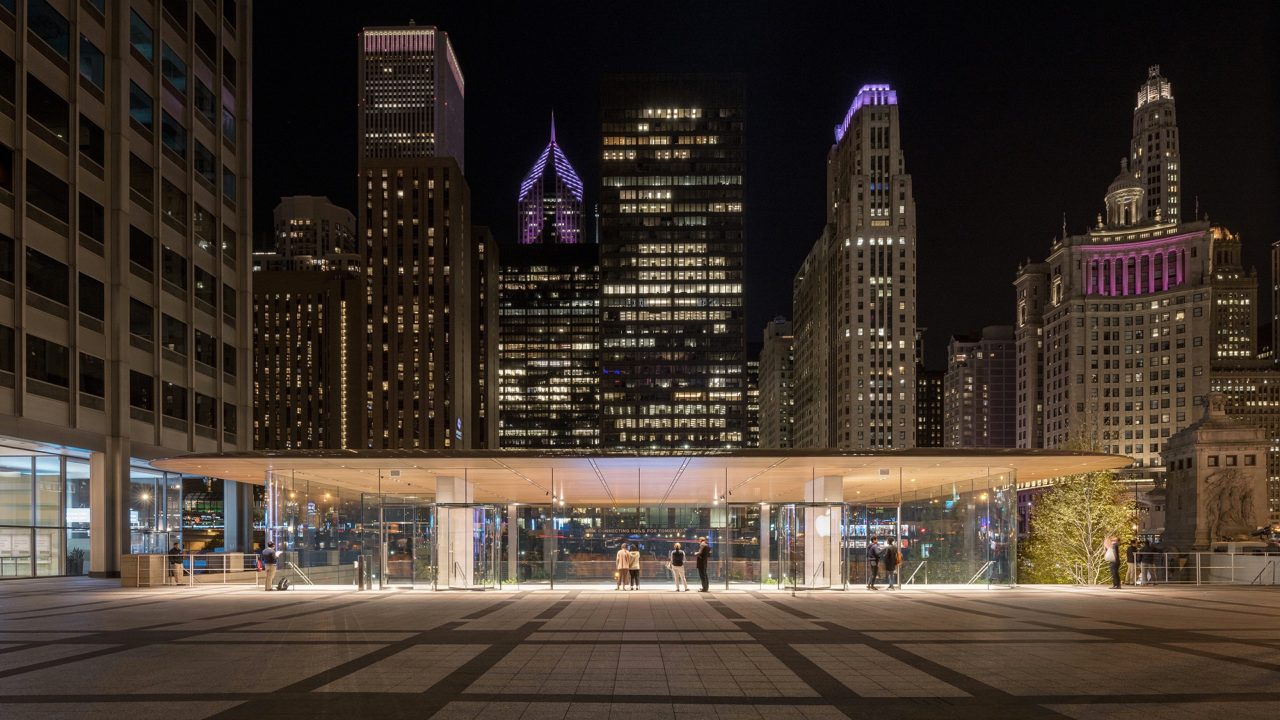 Apple and architecture firm Foster + Partners were honored alongside sixteen other groups from eleven countries last night during the annual awards ceremony held by the International Association of Lighting Designers in Chicago. The IALD is a prominent organization operating with a goal of setting the global standard for lighting design excellence.

Earning an Award of Merit was Apple’s Michigan Avenue retail store, a stunning feat of architectural design and engineering on the Chicago River. The store’s lighting design was highlighted for its innovative solutions to difficult design challenges.

Foster + Partners, the architecture firm behind Apple Park and several of the company’s major retail stores, worked closely with Apple to develop a lighting concept that results in an extremely transparent facade when combined with the building’s encompassing glass walls. The project’s challenges were described in more detail by the IALD:

One technical challenge explored how incoming daylight would mix with interior artificial light at different locations within the project. By using a physically-based rendering engine and viewing the results on an HDR monitor, the team was able to accurately judge the atmosphere being created, ensuring a like-for-like representation of the developing design.

The health and well-being of employees and visitors to the space was also a key goal for the project. The color temperature of the store’s lighting gradually becomes warmer during the evening. Apple has taken a similar initiative in the design of iOS devices and Macs, with features like Night Shift and True Tone displays which automatically adjust color temperature to reduce eyestrain and fatigue.

Intelligent lighting design was also recently used to promote accessibility at Apple Park, which features color coded lighting on elevators and in parking garages for wayfinding.

Apple Michigan Avenue has been one of the company’s most prominent retail locations since opening last October. The store’s high-profile nature has inflated issues like cracked glass and snow falling off the roof in winter, causing the stairs surrounding the store to be roped off. In March, the property’s owner put the building and adjacent retail spaces up for sale.

Frequented by Apple executives, the store’s size allows it to host large events with musicians and digital artists. Following Apple’s education event in March, guests were invited to a Teacher Tuesday gathering.