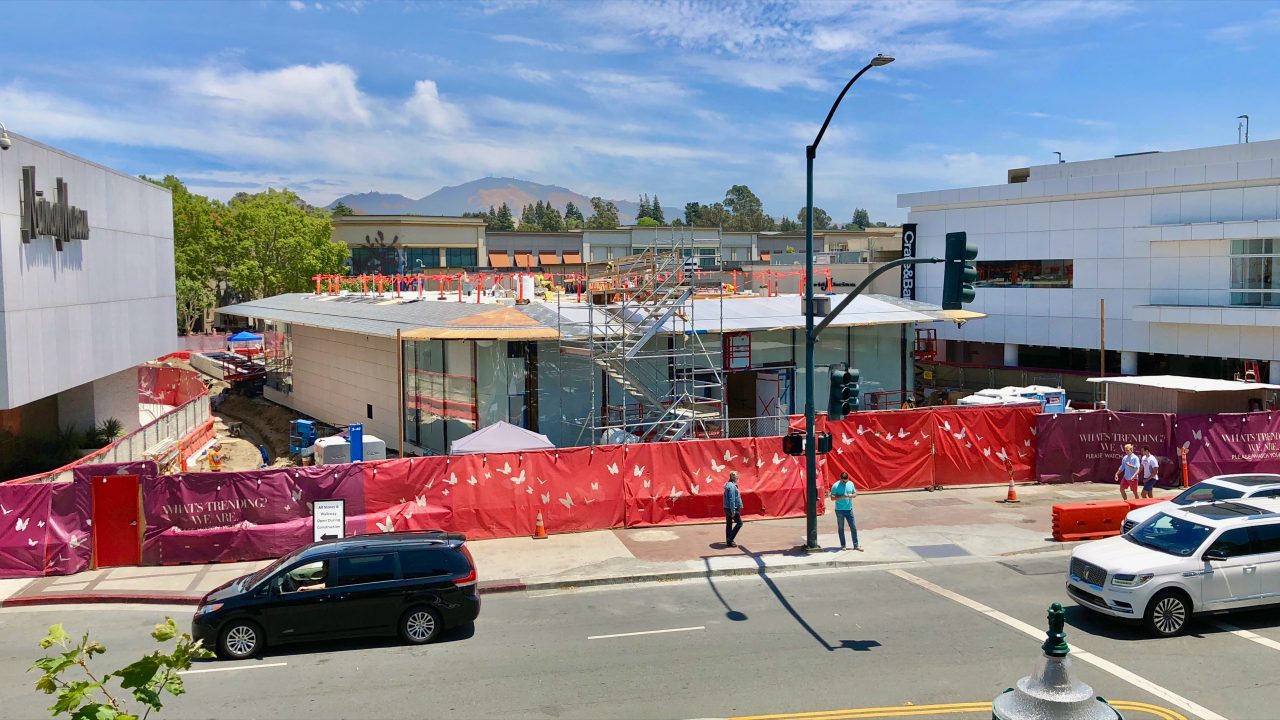 Nestled between retailers Neiman Marcus and Crate and Barrel in the heart of Walnut Creek’s bustling Broadway Plaza, construction crews have been hard at work for over a year on what will soon become the East Bay’s most impressive Apple store.

We first brought you photos of the upcoming Apple Walnut Creek in February, when little more than steel framing and the beginnings of a roofline offered a rough look at what was to come. Yesterday, 9to5Mac stopped by the construction site to get a closer look, where significant progress has been made in the months since.

Apple’s new store is located on perhaps the most desirable plot of land in the entire shopping center. Vehicles and pedestrians coming from any direction will see the structure at the intersection of Main Street and Olympic Boulevard.

In contrast to the sharp, tall facades of the buildings that frame it, Apple Walnut Creek is low-profile, transparent, and smooth. The majority of the building is wrapped in paneled glass walls that curve at each corner, following the roofline. Sections of stone block walls flank the north and south sides. Based on photos and city documents, 9to5Mac has created an illustration roughly depicting the store’s planned appearance when complete: 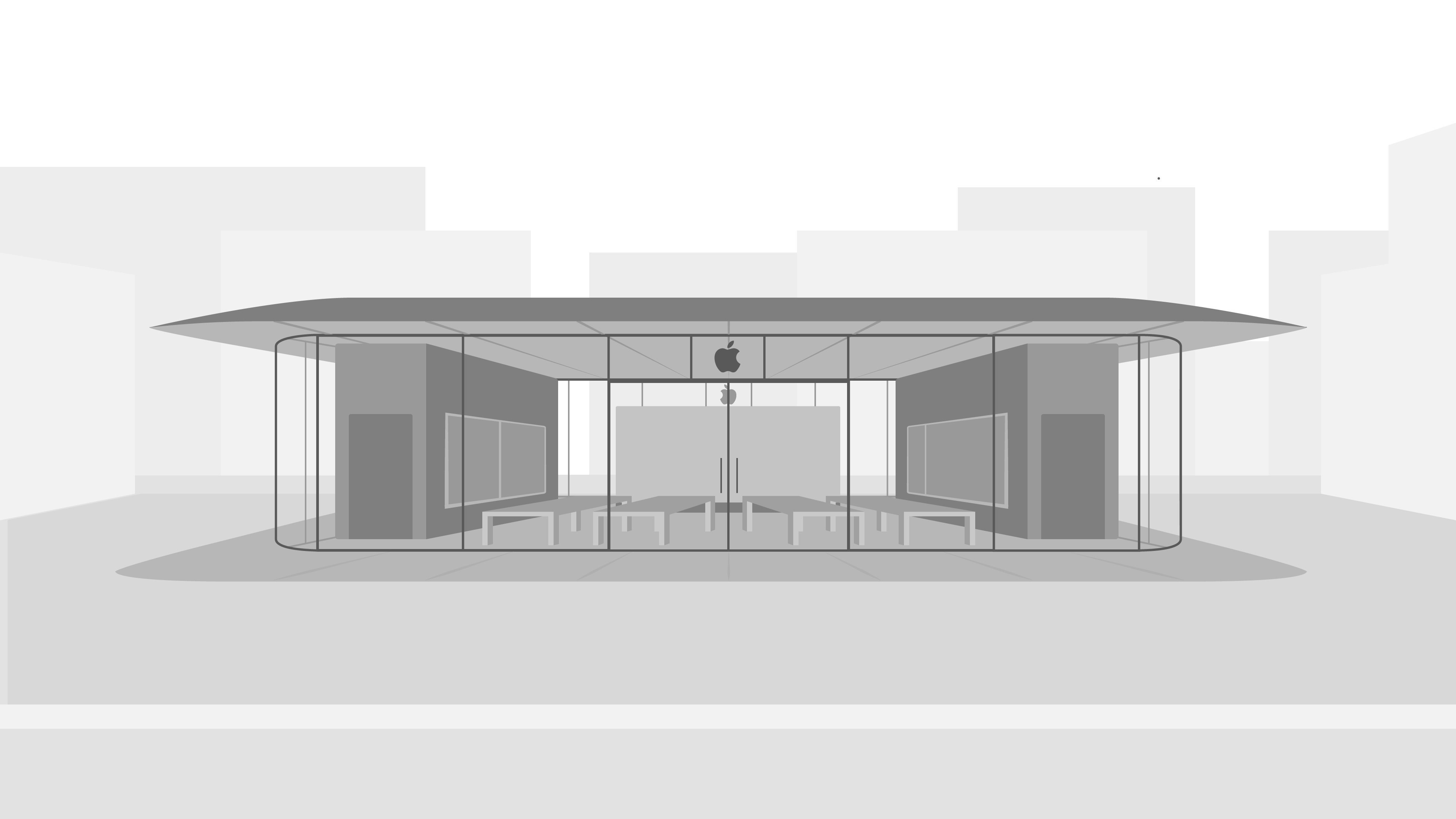 Entrances on both east and west sides of the store allow traffic to move freely from one end of the plaza to the other. Two lighted Apple logos are currently concealed above both entrances. Behind the store, Apple is installing large stone foundations that will serve as part of a public gathering space. Retail SVP Angela Ahrendts has stressed the importance of turning Apple stores into modern-day town squares since unveiling a new retail strategy in 2015. Adjacent to the store are also lines of trees, a fountain, and a brick patio creating a central hub in Broadway Plaza. These fixtures were in place prior to Apple’s tenure at the site, and are currently being rebuilt by construction crews.

While the new store’s design is a first for Walnut Creek, residents need not look far to find other examples of the architecture style. An entrance checkpoint for the new Steve Jobs Theater just steps from Apple Park’s Visitor Center in Cupertino bears a strong resemblance to the new store. Interestingly, while Apple Park was designed in collaboration with architect firm Foster + Partners, city documents show that Apple Walnut Creek has been designed with guidance from Bohlin Cywinski Jackson. 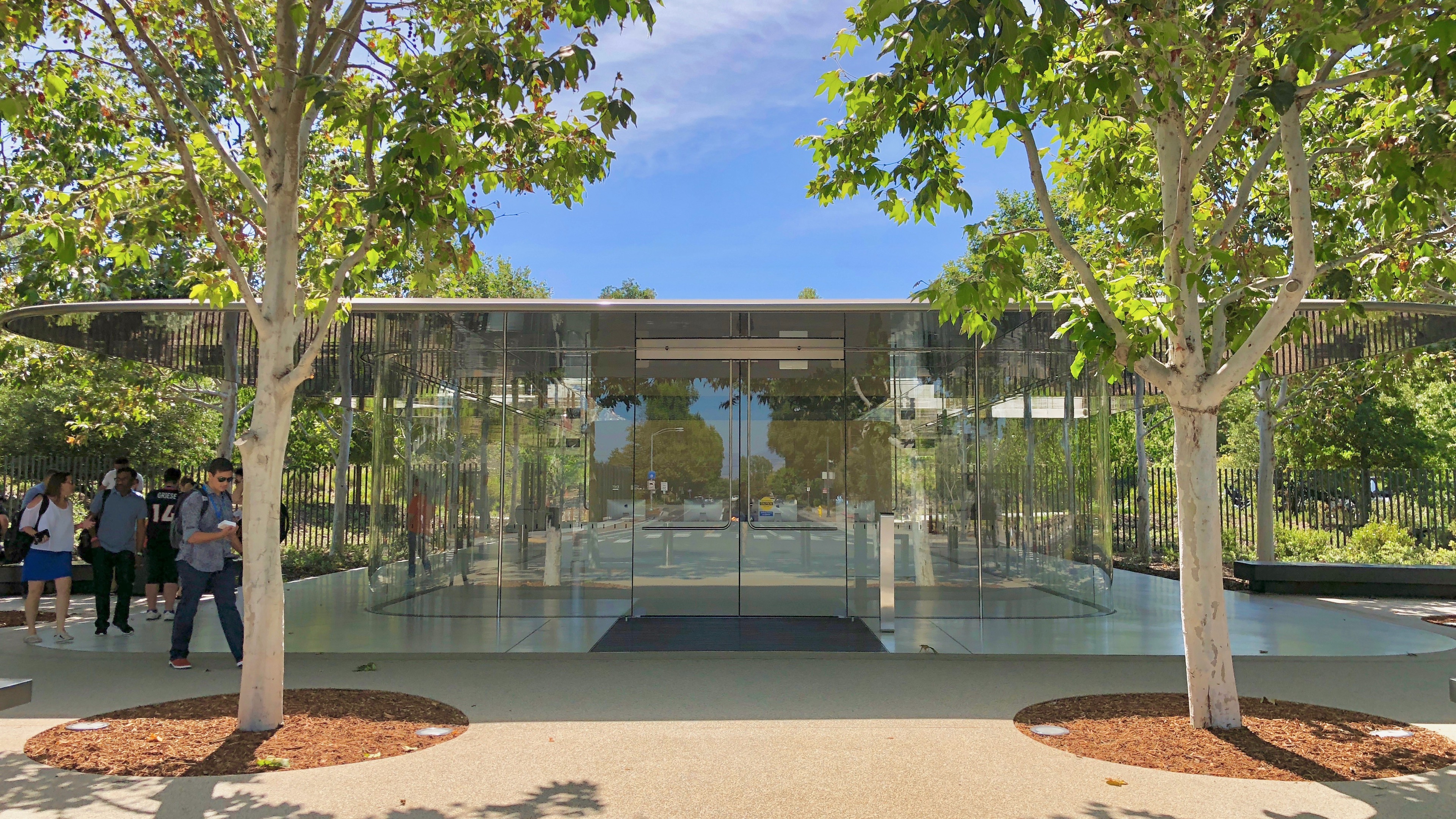 An Apple Park facility near Steve Jobs Theater in Cupertino.

As crews outside are busy working on roofing and landscaping, progress inside is accelerating as well. Glimpses of the store’s ceiling and walls can be spotted from gaps in the papering that covers the building’s windows. Planked wood ceilings with integrated track lighting will extend out to the roof overhang when complete. A large, stone support destined to hold a video wall for Today at Apple sessions is still in the masonry stage. Photos sent by photographer Thomas Brightbill back in April show how construction has progressed:

Less than a block away, Apple’s current Walnut Creek facility is business as usual. A visit to the store quickly explains the need for a new space. Tables and floors are tired and worn, and many fixtures have been retrofitted to support Apple’s current product and accessory offerings. Although not tiny, Wednesday afternoon crowds and low ceilings were enough to make the floor feel uncomfortably crowded.

Apple has plans to open several new stores outside of Walnut Creek this summer alone. In Seattle, a similarly dramatic but architecturally unique building is nearly complete in University Village. The project shares many similarities to Walnut Creek, as an older location is being replaced by a new, freestanding building centrally located in a public plaza. This week we also learned that Apple’s Beverly Center location in Los Angeles will move on June 9th.

Check out more photos below, and follow our retail guide for more Apple store news.