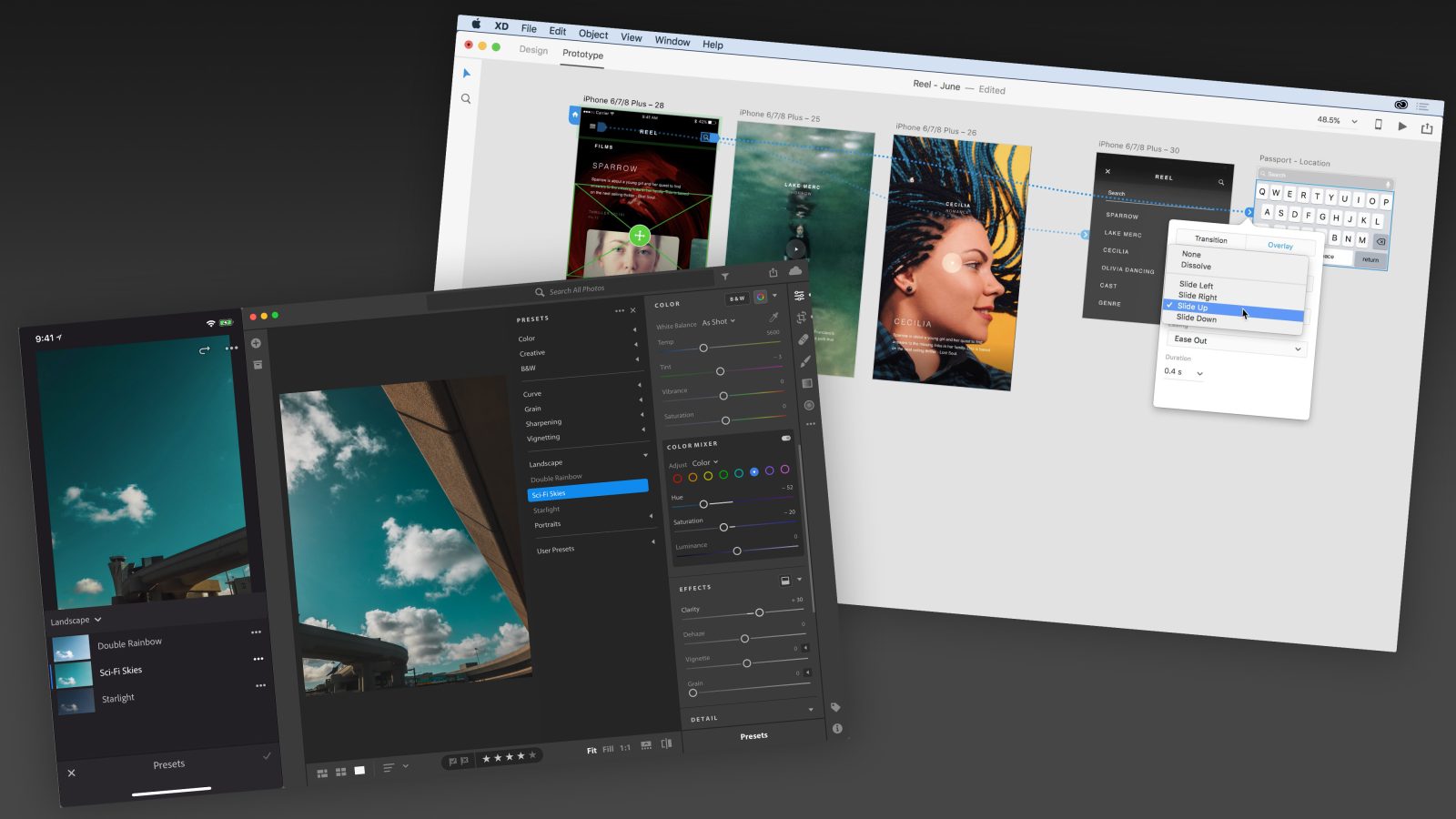 Adobe is announcing updates to several Creative Cloud desktop and mobile applications this morning. The changes are designed to speed up the editing process and to make working between applications across various platforms more seamless.

Adobe XD has stolen the Creative Cloud spotlight this year with frequent updates and a design fund initially targeted at the app’s audience. June’s release adds features initially previewed to us in May.

The first addition is called fixed elements, which Adobe says was one of their most requested features. Users will be able to lock design objects to one position on an artboard and layer them above or below other objects to create more visually realistic mockups. Also new are overlays, content that is stacked on top of other artboards.

Alongside these headline features, private email sharing, improved cropping, math calculations in property fields, and improved support for Photoshop and Sketch image fills have been added. 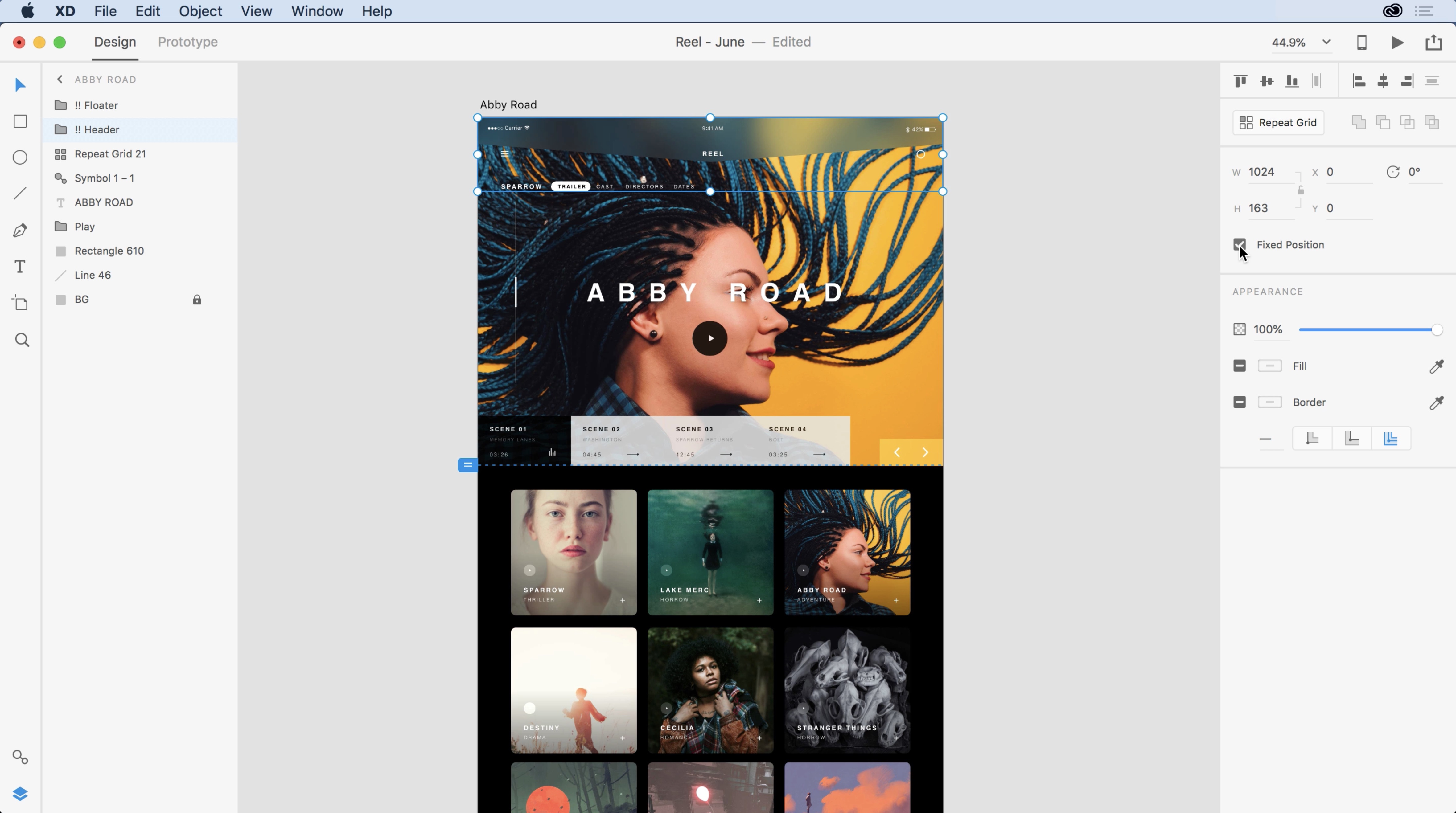 While XD’s updates may seem to outpace other Creative Cloud applications, the crowded user experience design space demands quick iteration. Just last week, Apple began offering their own sessions in retail stores about prototyping apps, a move that could spark a whole new wave of interest in UX design. You can read more about today’s XD update here.

Second is Lightroom CC, which is gaining preset and profile synchronization. All versions of Lightroom – Mac, iOS, Android, Windows, ChromeOS, and the web – will have access to any presets created or purchased on any device, including those from third parties.

Creation of editing presets will also be available on iOS, Android, and ChromeOS for the first time. Profiles and presets will be uploaded and stored in Creative Cloud and sync in the same manner as Lightroom photos. You can read more about profiles and creating them here. 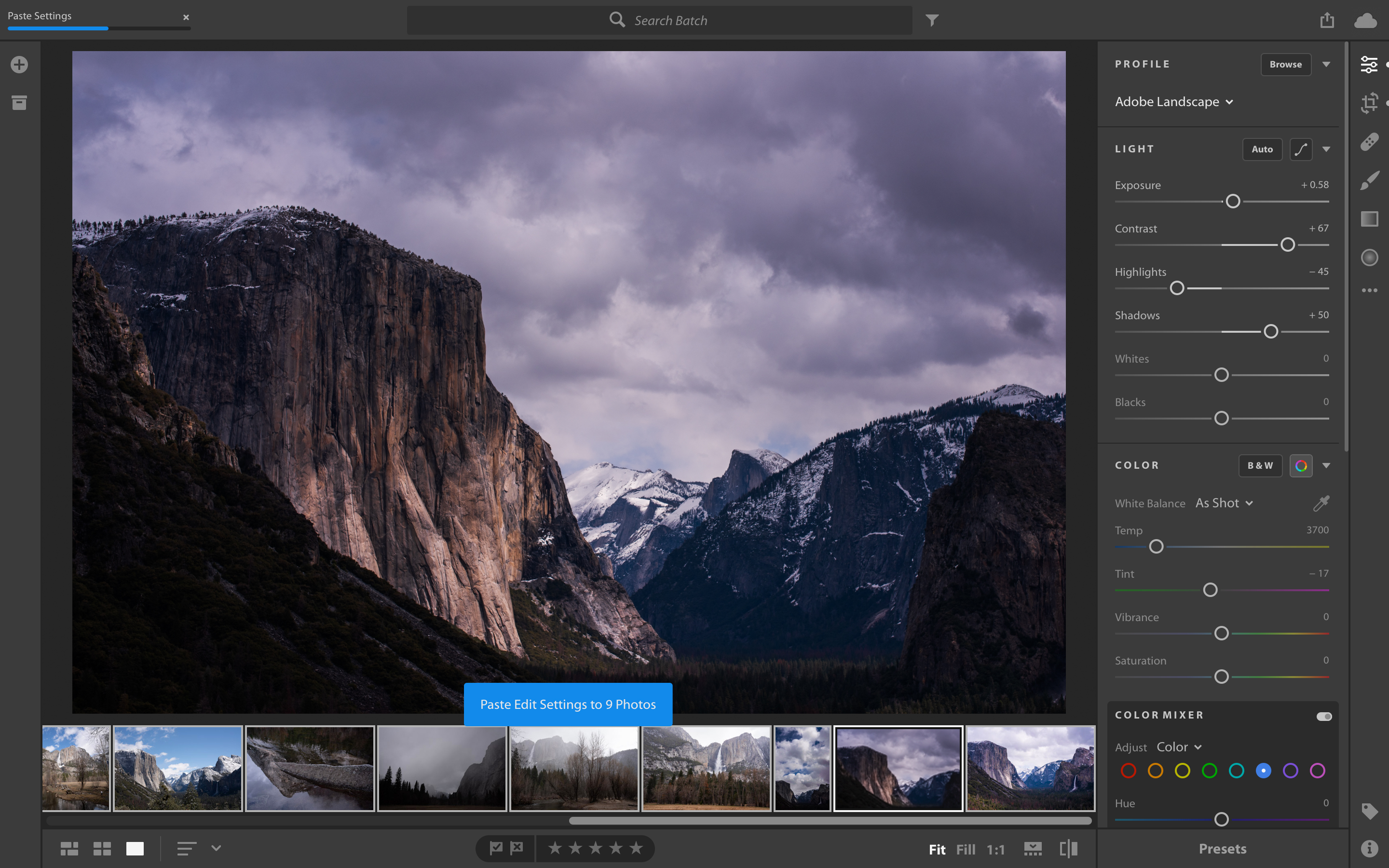 Exclusive to the desktop version, Lightroom is gaining a few extra features alongside today’s syncing update. Settings applied to an image can now be batch copy & pasted to multiple images at once. For users that use Lightroom’s Shared Album feature, fine-grain options are now offered to better control what information is available to viewers.

As reception to last year’s Creative Cloud-overhaul of Lightroom has been mixed, Adobe continues to update Lightroom Classic for users who prefer the older but more full-featured workflow. Profile and preset management, faster searching in folders, folder color labels, and auto-stack HDR/panorama are all being added.

In addition to preset creation, Lightroom Mobile has gained a new healing brush tool. Adobe says it features the same functionality as the brush found in Camera Raw and Lightroom on the desktop. Exclusive to iOS, a Remove Chromatic Aberration checkbox will help resolve the color fringing that plagues many photos taken at long focal lengths. 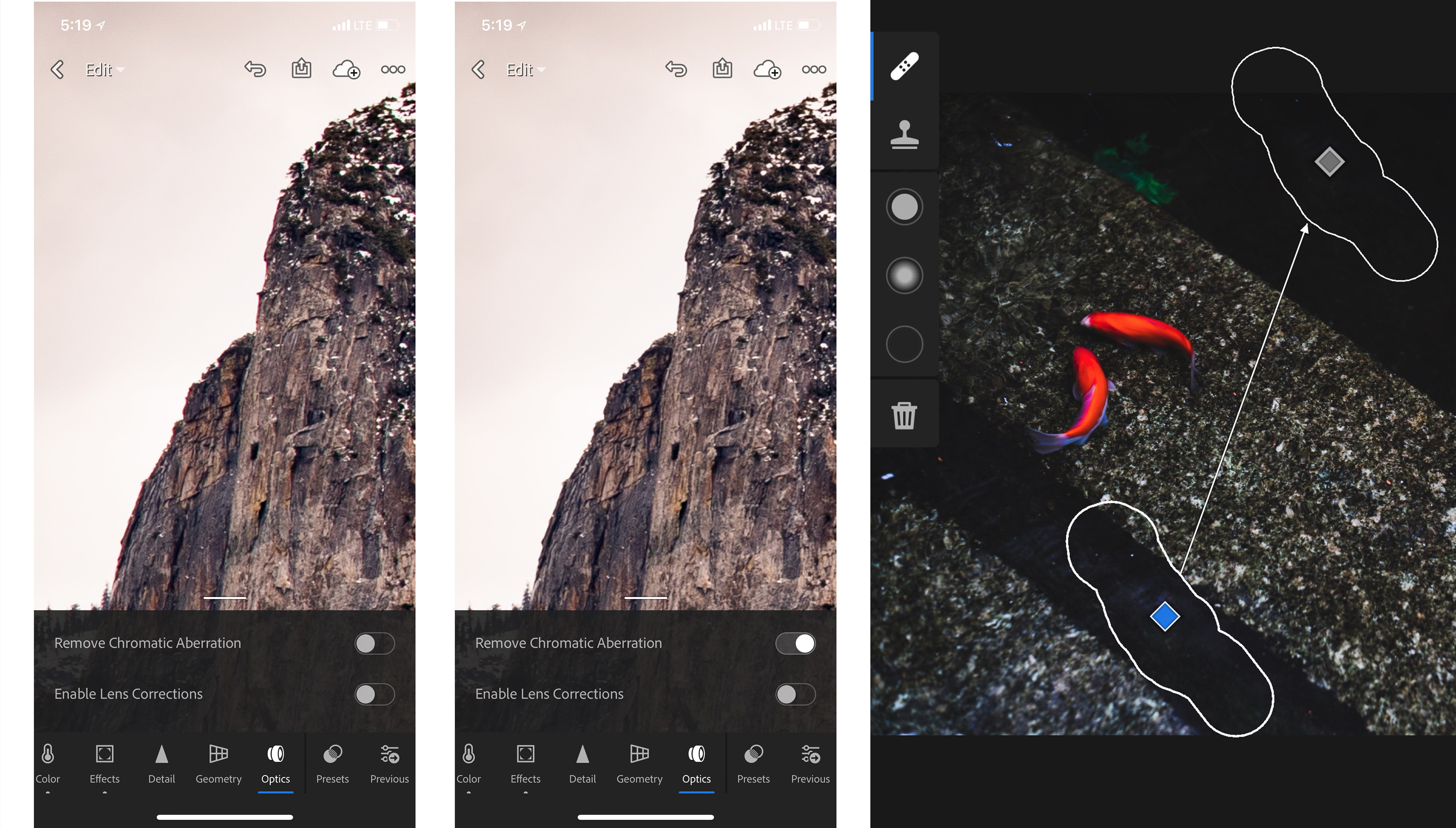 More adventurous users may be interested in checking out Lightroom Mobile’s new Technology Previews, a beta look into what’s coming soon. On iOS, Adobe is experimenting with long exposure effects and guided tutorials.

You can read more about all of the changes coming to Lightroom CC on Adobe’s website.

Last, Adobe is bringing its collage creation tool Adobe Spark Post to Android. The app has been available in various forms on iOS since December 2015. The new app is available to download on the Google Play Store.