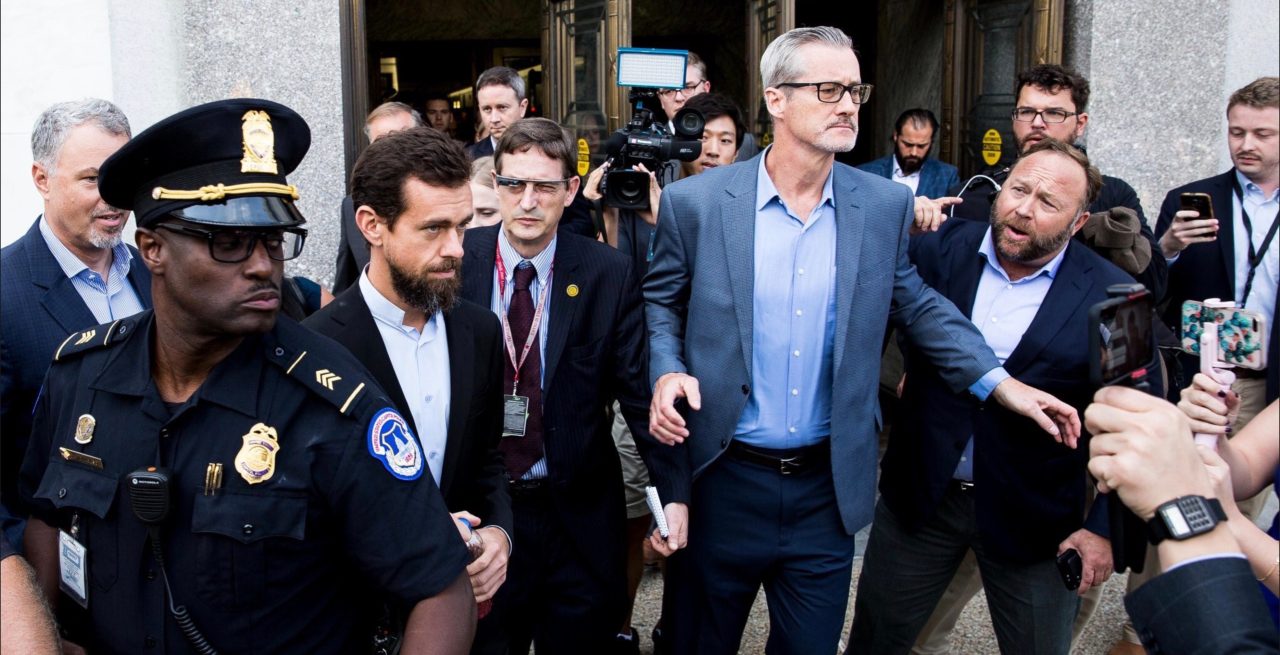 Exactly one month ago, Apple announced that it was removing five Infowars podcasts from Apple Podcasts. Now, Twitter is finally following in Apple’s footsteps and has announced it is permanently suspending Alex Jones and Infowars from its platform, as well as Periscope.

As reported by BuzzFeed News, Twitter is citing violations of its “abusive behavior” rules as the reasoning for the suspension. In a statement, Twitter said it received an influx of reports of new tweets and videos posted yesterday that violated its policies.

The tweets and Periscope content in question seemingly show Alex Jones harassing CNN reporter Oliver Darcy and calling him “the equivalent of like the Hitler Youth.” Further, Jones told Darcy in the video that he was “”smiling like a possum that crawled out of the rear end of a dead cow.”

Twitter says that both the @realalexjones and @infowars accounts are permanently suspended, while it will also monitor for any new accounts potentially related to Jones or Infowars.

Today, we permanently suspended @realalexjones and @infowars from Twitter and Periscope. We took this action based on new reports of Tweets and videos posted yesterday that violate our abusive behavior policy, in addition to the accounts’ previous violations.

As we continue to increase transparency around our Rules and enforcement actions, we wanted to be open about this action given the broad interest in this case. We do not typically comment on enforcement actions we take against individual accounts, for their privacy.

We will continue to evaluate reports we receive regarding other accounts potentially associated with @realalexjones or @infowars and will take action if content that violates our Rules is reported or if other accounts are utilized in an attempt to circumvent their ban.

Twitter had been heavily criticized for its decision not to take action against Jones and Infowars. While the social network did delete individual tweets and videos from Jones last month, it left the accounts in tact.

Apple was one of the first technology companies to take action against Alex Jones and Infowars, removing five podcasts from Apple Podcasts. Apple has, however, left the Infowars application in the App Store – a decision that it has defended.