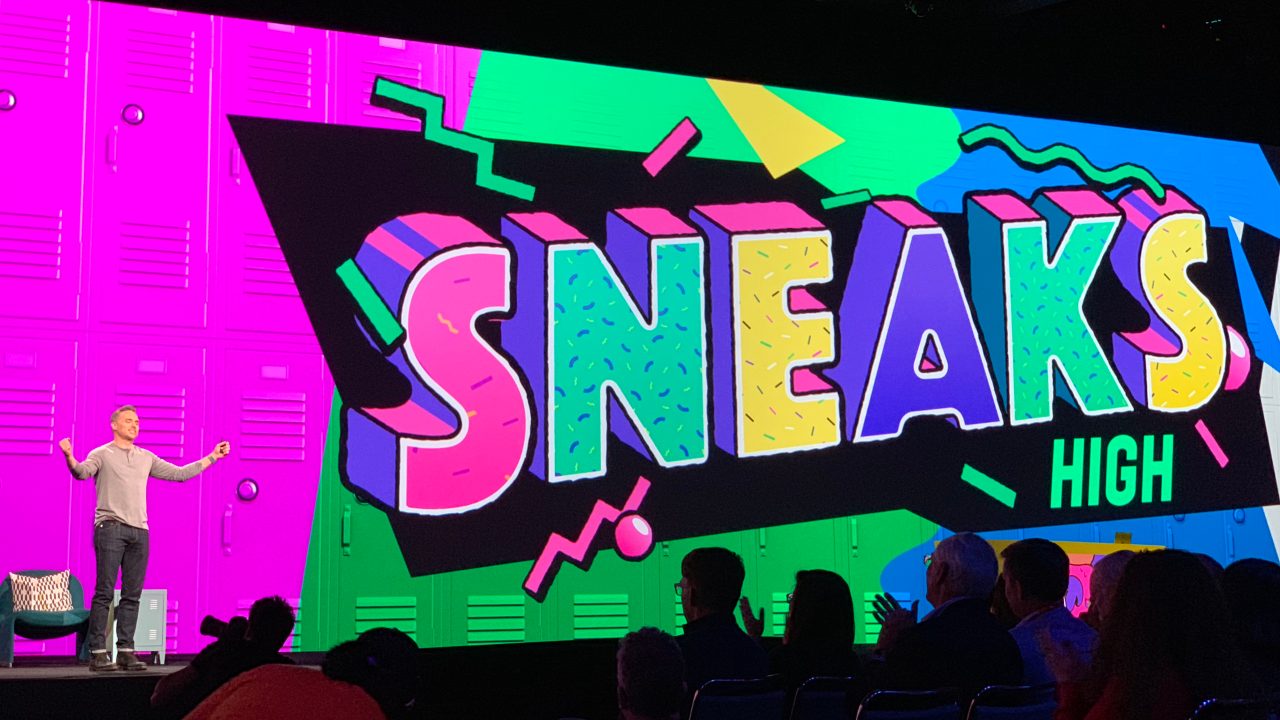 At MAX 2018, Adobe today held its annual Sneaks event, where early and upcoming macOS and iOS software features are previewed for the first time. While these technologies don’t always end up in shipping software, they often inform future product development at the very least. This year, 10 sneak previews were shown off in various stages of development.

By humming a tune, a simple macOS application converts microphone input into editable notes onscreen. Parameters can be adjusted on the recorded notes to simulate a variety of instruments, similar to MIDI data.

By using Photoshop-style brushes, simple animations can be created by painting areas of motion. Brush-specific parameters can be adjusted to customize various parts of animations after they’ve been painted. Some examples include rain, billowing hair, sparkling stars, and glowing objects. 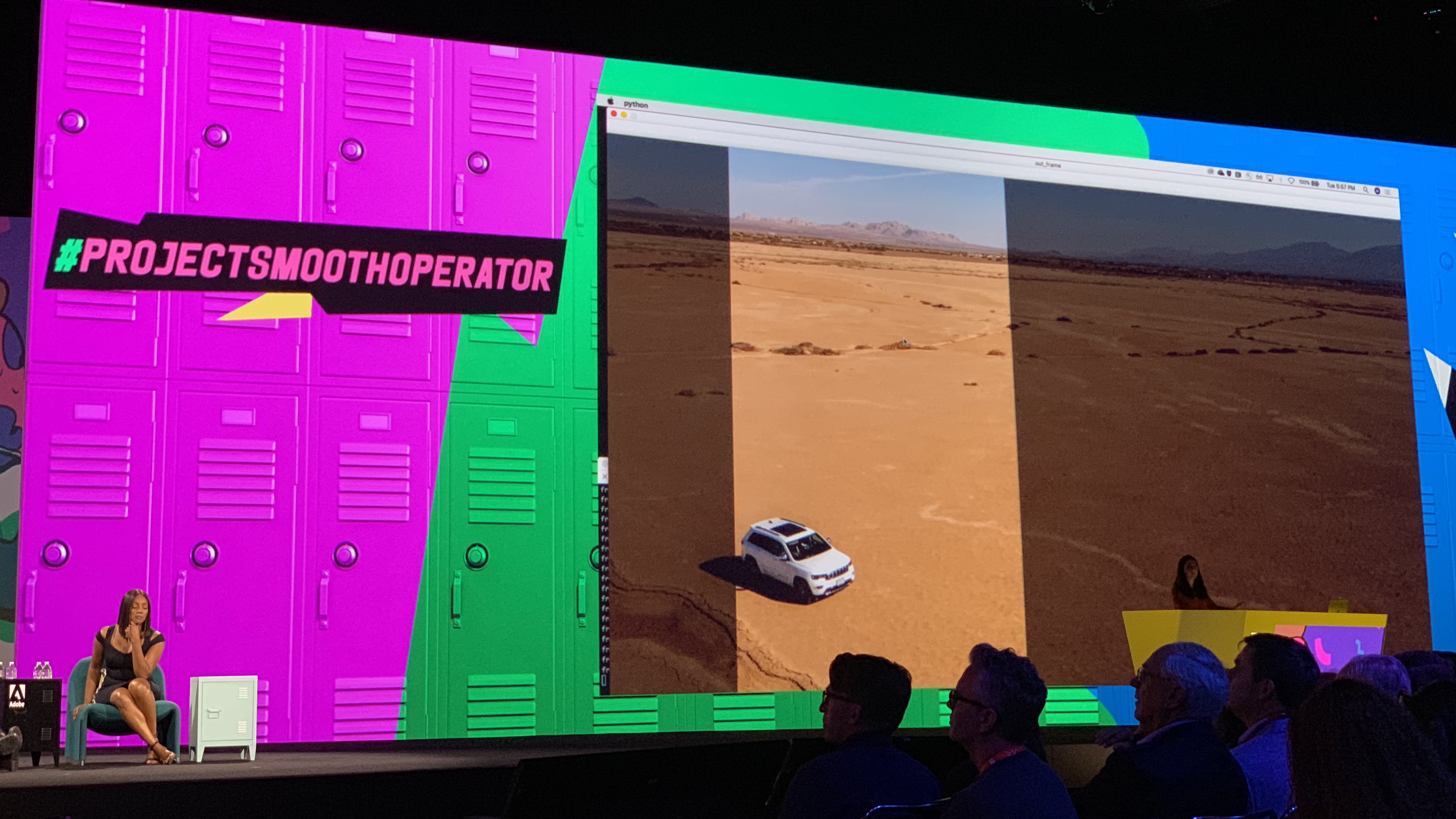 Powered by Adobe Sensei, this video tool is designed to optimize horizontal video for posting on vertical social media. The software analyzes a video clip from Adobe Premiere and identifies the most important area of focus. By tracking a vertical video crop to the area of interest, the best part of a clip is always in frame and never cut off.

Working in concert with desktop software, an iPhone’s camera becomes the virtual camera for a 3D object scene. Leveraging augmented reality, users can view a 3D object on their phones and capture angles they wish to animate between. Back at the desktop, the captured angles become keyframes which the camera interpolates through. 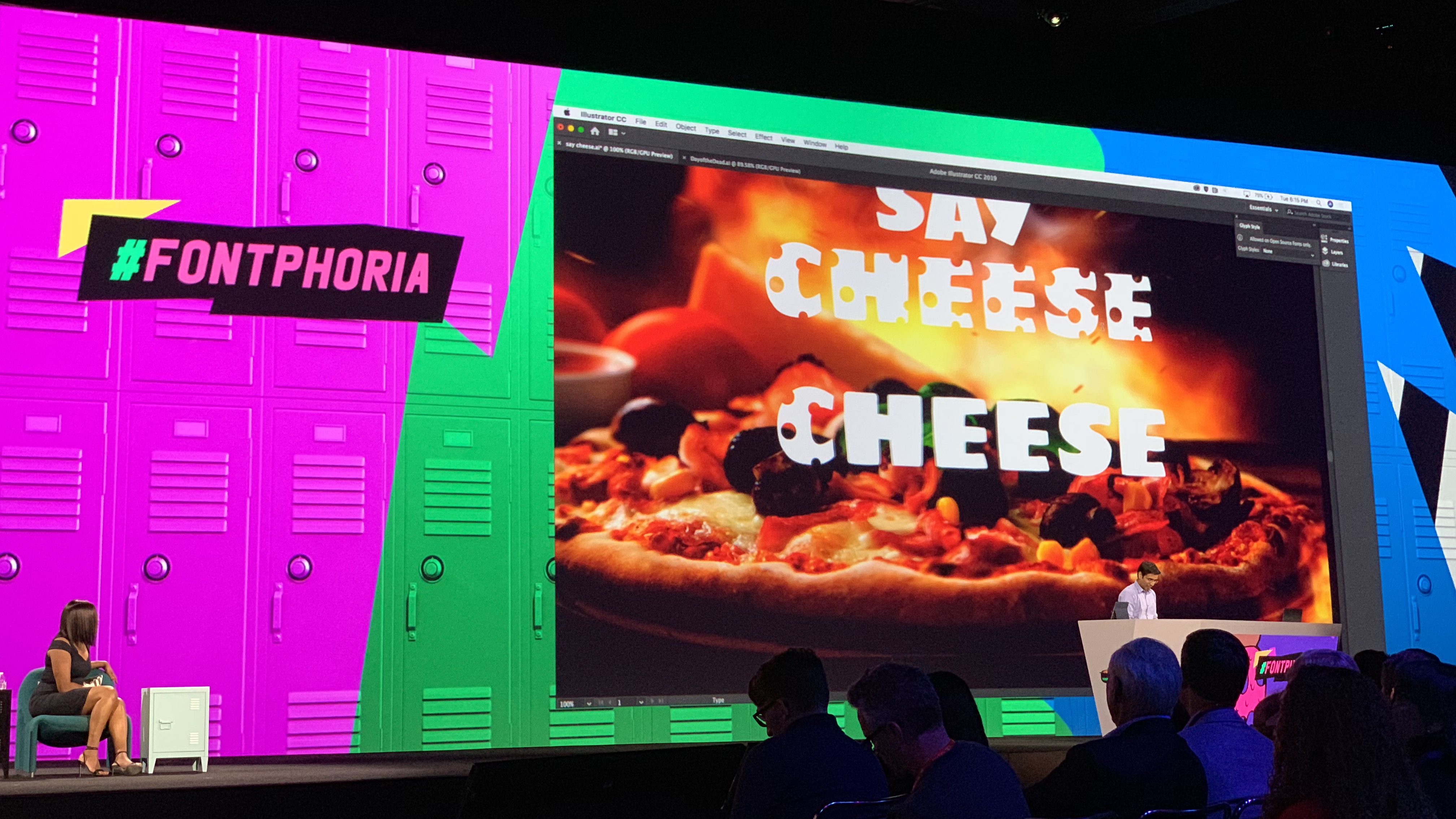 Fontphoria makes customizing font inside Adobe Illustrator easy. Applying modifications to one character creates a template that can be applied to any other text box. Fonts update in realtime with the new style and remain editable. The tool can even identify text in an image and build a dynamic font in the same style.

Built for Adobe Illustrator, Good Bones enables shape-aware editing of vector graphics. Similar to the Puppet Tool in After Effects, an object’s structure or “skeleton” can be drawn on top of any artwork. Good Bones intelligently connects the underlying artwork to make repositioning an object as simple as dragging it around. Multiple character movements can be combined and saved into animated GIFs. 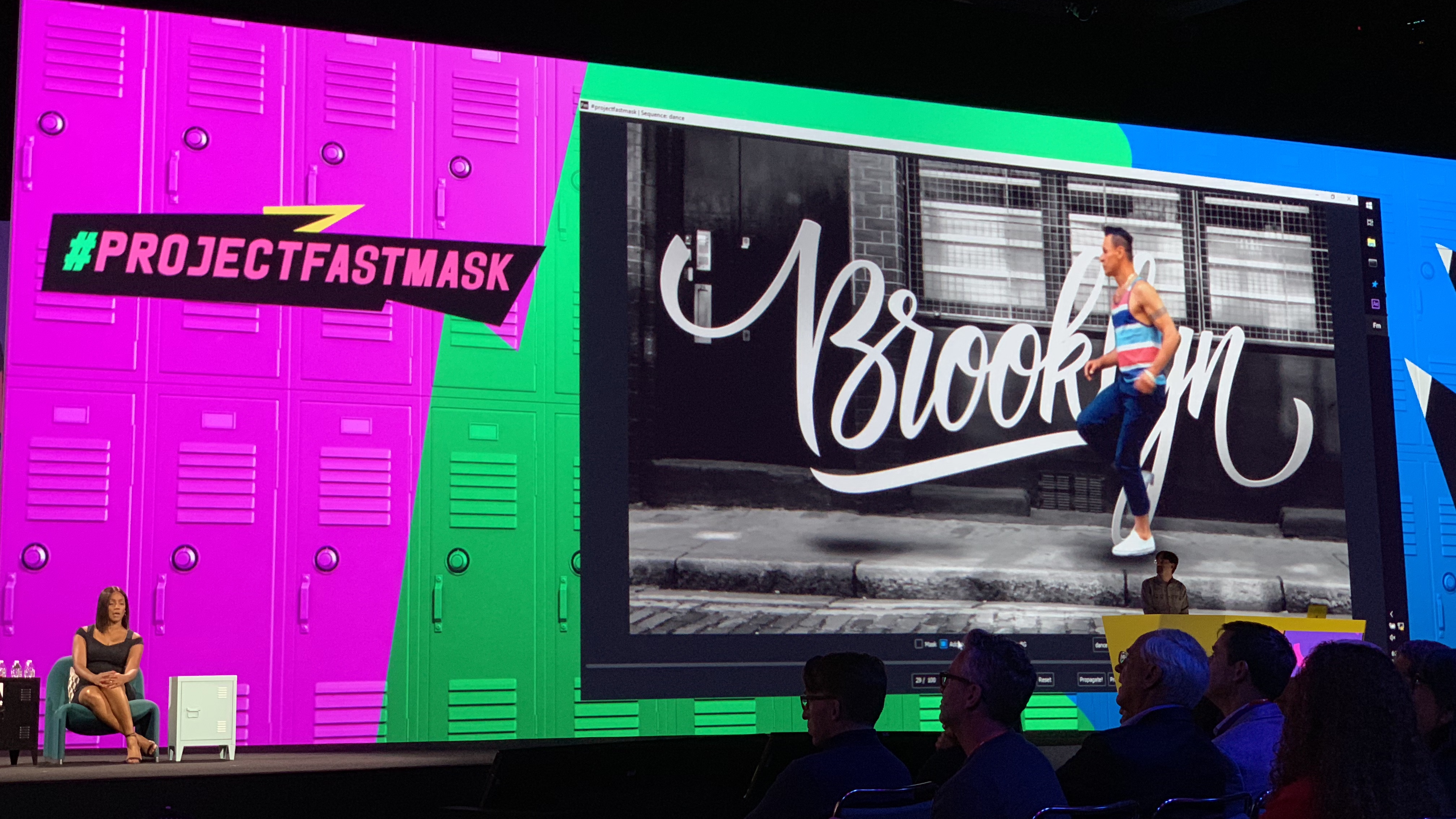 Running inside of After Effects, Fast Mask aims to speed up the tedious process of rotoscoping, or cutting out an object in a video clip. Deep networks powered by Adobe Sensei allow a user to select a target object by clicking on a few points around the desired area. The mask is then automatically animated across every frame in the video.

A tool for modeling in applications like Dimension CC, Model Morph speeds up editing 3D objects. Instead of manually editing individual planes and vertices, Model Morph allows designers to transform an object with simple click and drag controls. An entire region of geometry can be selected and moved without any distortion. 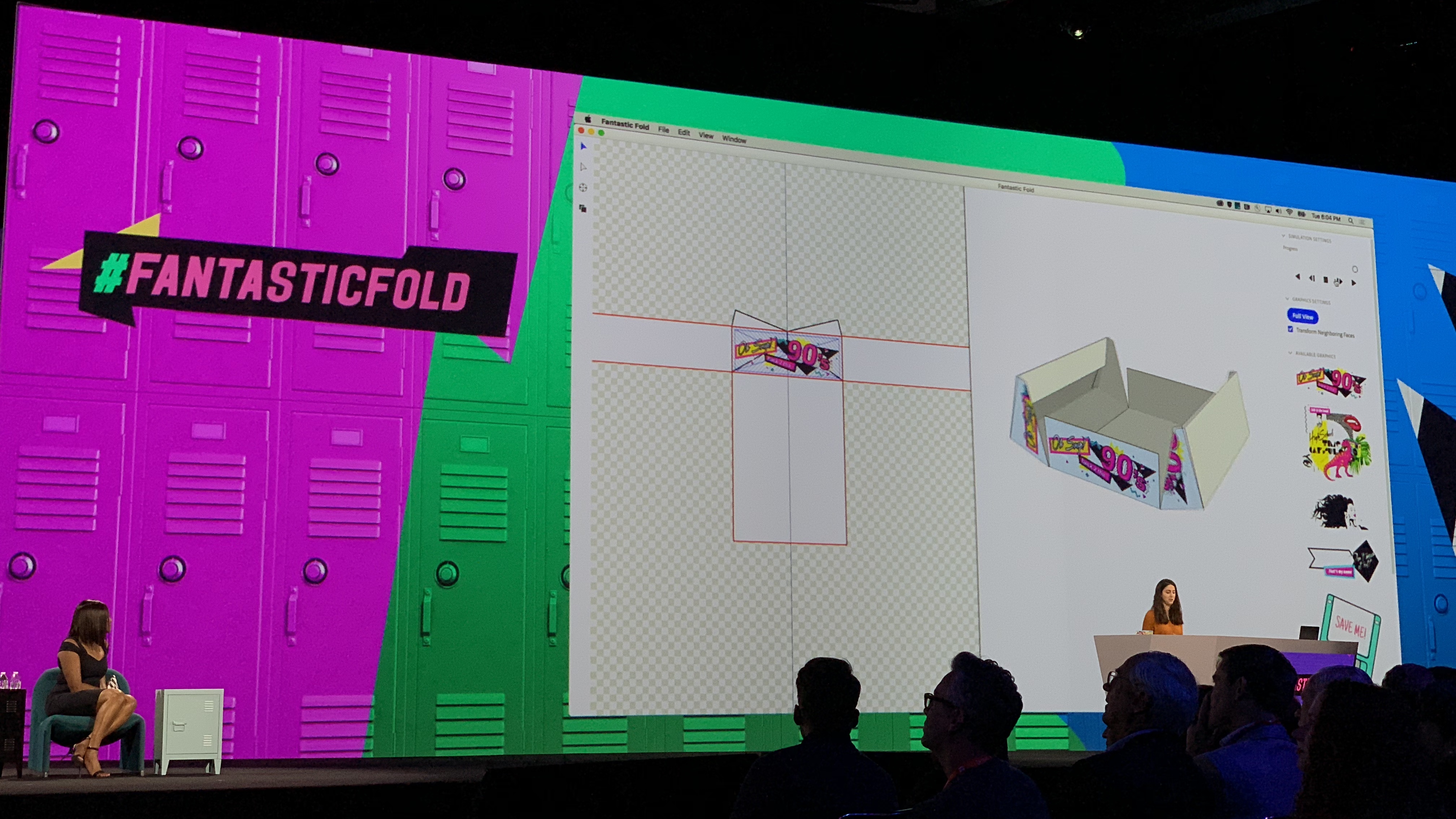 Meant mostly for packaging designers, this tool analyzes the geometry of packaging you specify and automatically turns it into a folded 3D shape. This allows designers to preview how artwork will look on finished packaging without printing physical samples. 3D objects can be exported to Adobe Dimension CC.

A technique long used by video professionals is editing flat, 2D photos to appear 3D by applying a parallax effect. This process is often tedious and involves separating an image into multiple layers. Moving Stills automates the entire process with Adobe Sensei. 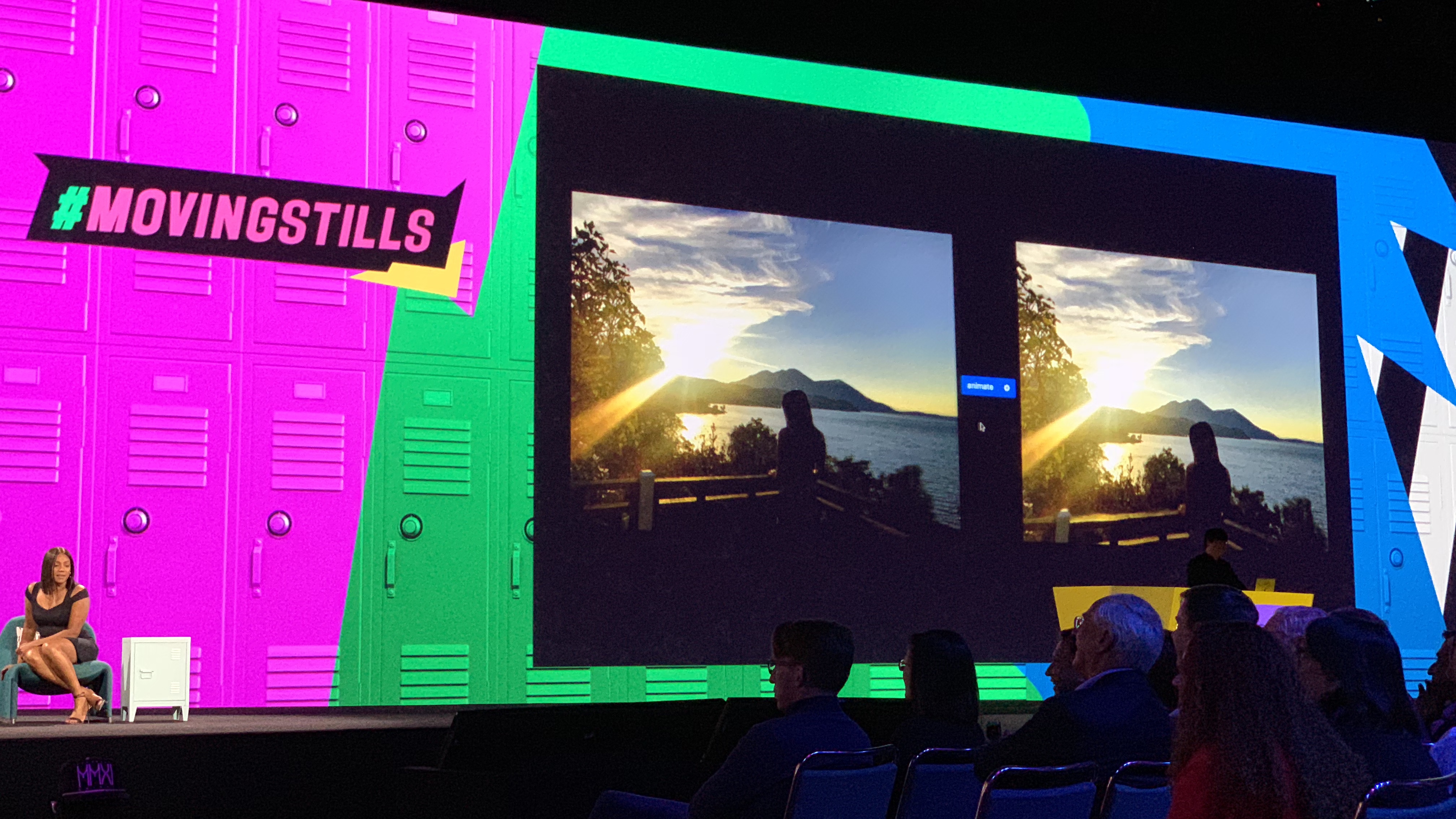