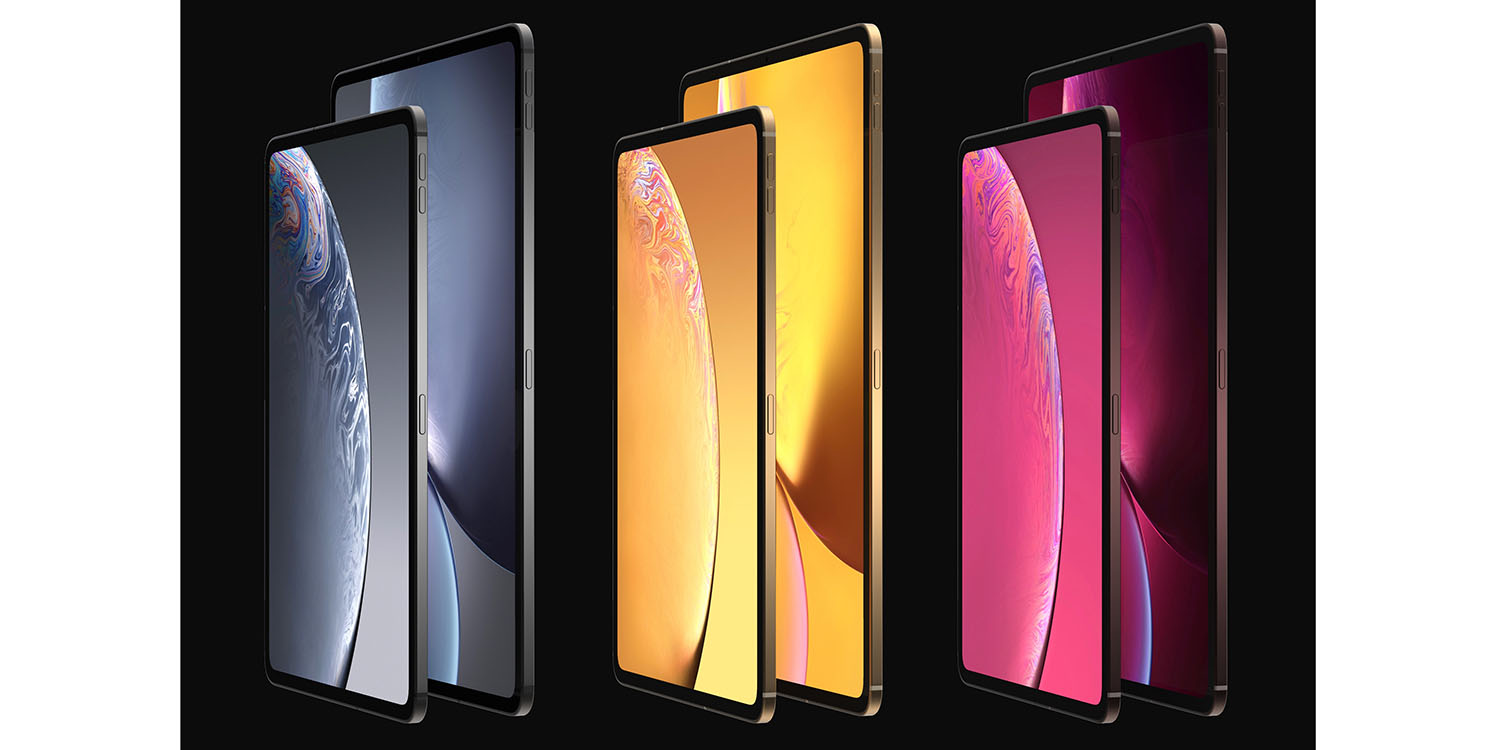 New renders have been created of what we’re expecting to see from the 2018 iPad Pro models when they are unveiled next week. More are shown below.

As with the iPhone, the key to the 2018 iPad Pro design will be the adoption of Face ID, which will enable Apple to drop the Home button and slim down the bezels on the short sides of the device. Unlike the iPhone, however, we’re not expecting to see a notch: Apple is expected to be able to fit the camera and sensors into the slimmed-down bezels.

Face ID on the 2018 iPad Pro is likely to have one advantage over the iPhone: it will work in landscape as well as portrait orientation.

Apple is reportedly taking different approaches to the two models. With the 12.9-inch iPad Pro, it is leaving the screen size unchanged, and using the slimmer bezels to reduce the exterior dimensions of the device. With the smaller model, Apple is doing the opposite: leaving the exterior dimensions unchanged, but boosting the display size from 10.5 inches to 11 inches.

The combination of the new design, more portable 12.9 inch model and increased screen size of the 11-inch version makes the 2018 iPad Pro line-up a dramatic upgrade.

It’s also been reported that Apple is replacing the Lightning socket with a USB-C one, a change I’ve argued for in the past. I did expect Apple to make the move with the iPhone first, in part due to the Apple Pencil needing to be paired via a Lightning connector, but this is a problem we believe Apple will address with wireless pairing.

It’s not the first time we’ve seen renders of the 2018 iPad Pro models. Onleaks and MySmartPrice partnered last month to produce some, and case-maker UAG has also shown off its own version. The latest ones were Hungarian industrial designer Victor Kádár. Check out the gallery below.

My wallet is already bracing itself. I’m definitely going to be buying one of the two models, but I have to confess I’m kind of tempted to buy both: the smaller one when mobile, the larger one at home. What are your plans? Let us know in the comments.