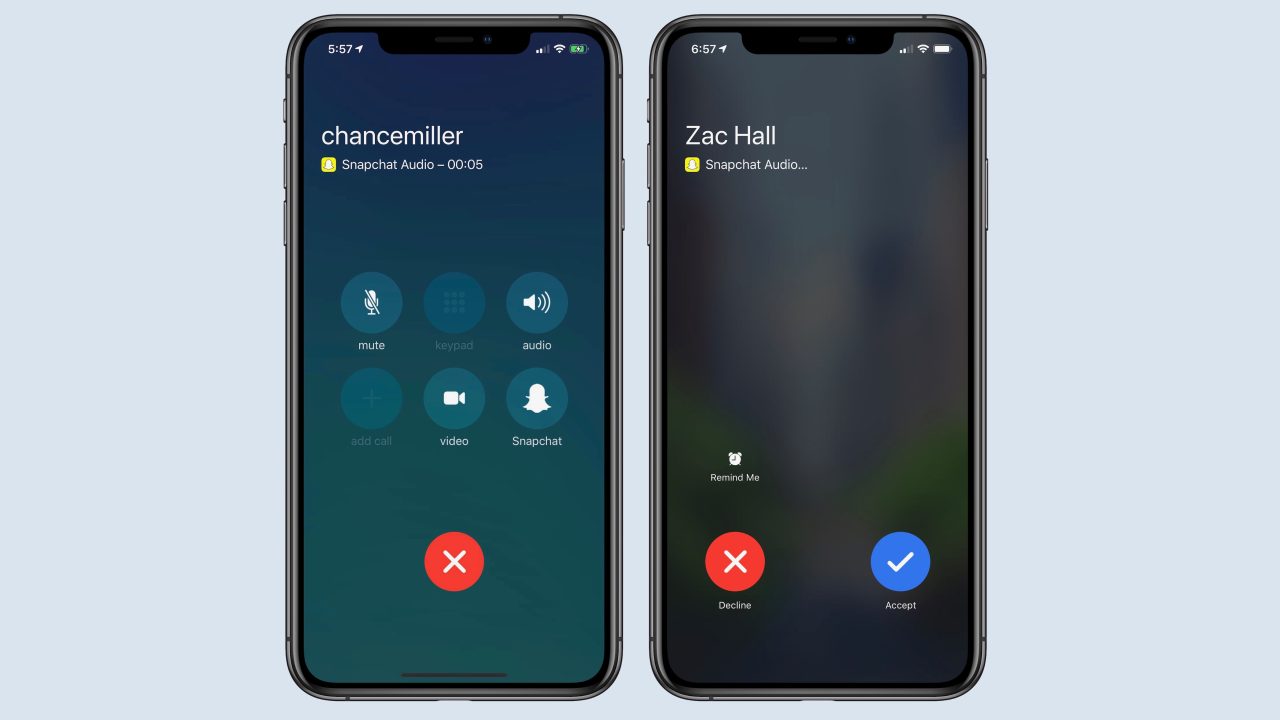 Snapchat’s app for iOS has been updated today to make it much easier to make calls through the app. Today’s update adds CallKit integration, meaning Snapchat calling now integrates with the stock Phone app and interface on iOS.

With CallKit integration, calls you place through the Snapchat app will appear in your Recents list through the Phone application. Further, when you receive a Snapchat call, it will ring through the familiar-looking incoming call interface. Previously, Snapchat calls would appear as push notifications simply saying something such as, “Zac Hall is calling.”

CallKit also means you’ll get notifications through interfaces such as CarPlay, as you can see in the screenshot below. The call displays the generic Phone design with a “Snapchat Audio” subtext, similar to FaceTime Audio.

Cat Lenses are available meow. Just tap the camera to activate Lenses, then swipe left in the carousel to find them.

Now you can answer voice calls from friends without opening Snapchat, and even start a new call from the Recents list on your phone.

So far, CallKit has been integrated by several popular communication apps. The framework was introduced as part of iOS 10 and has been adopted by apps such as Facebook Messenger, Skype, and Google Hangouts.

Snapchat is a free download on the App Store. 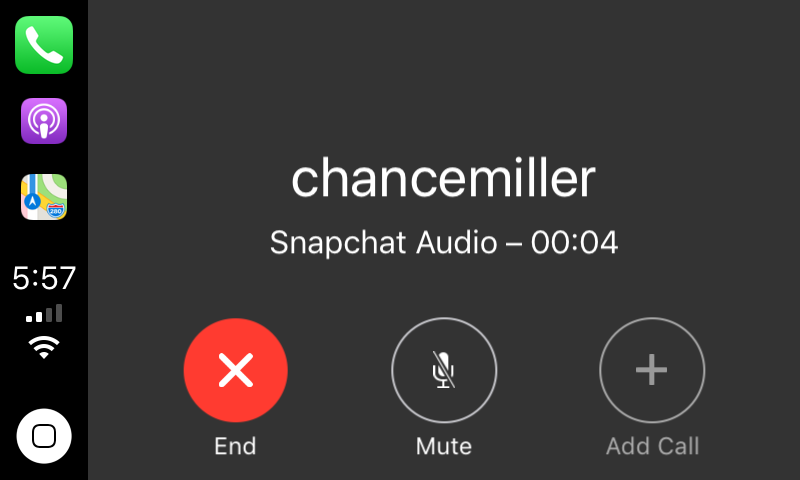