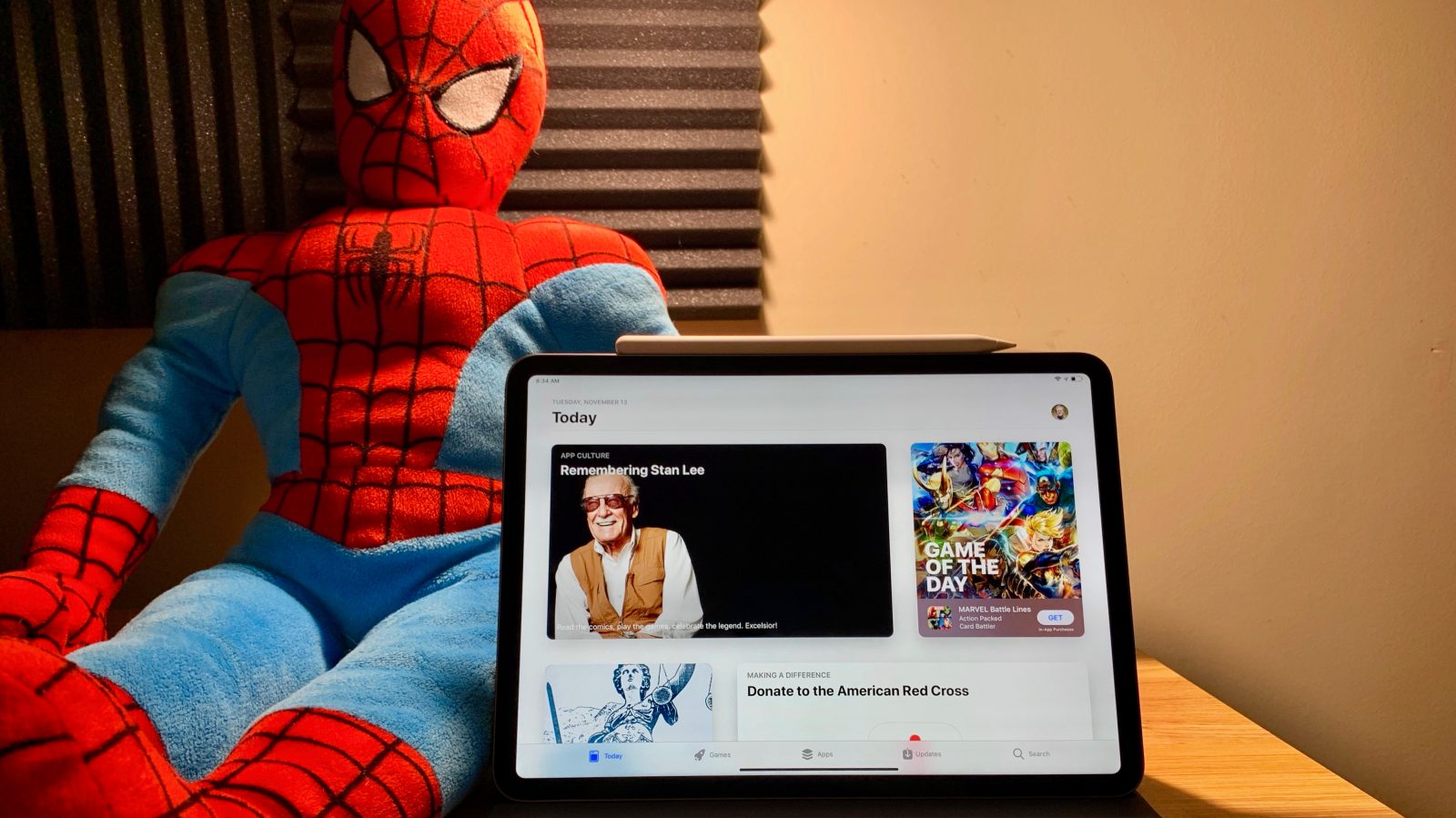 We lost Stan Lee at the age of 95 yesterday, and today Apple is honoring the legendary comic book creator with a special story in the App Store. “Storytelling wouldn’t be what it is today without Stan Lee,” reads the opening to the app collection inspired by the late Spider-Man co-creator.

“He wasn’t just the wisecracking bystander who made a cameo in dozens of superhero movies. As writer, editor-in-chief, publisher, and chairman, Lee cocreated many of Marvel Comics’ most enduring characters — from the Avengers to Spider-Man — and turned millions of readers into true believers. Today we celebrate Lee’s legacy with apps and games featuring his iconic crimefighters in all their masked glory.”

Inside the story is a collection of ten apps in three groups: Read and Draw, Play the games, and Act and learn. The eight comic book reader apps and games include Marvel Unlimited, Marvel: Color Your Own, comiXology, Olli by Tinrocket, Contest of Champions, Strike Force, Battle Lines, and Avengers Academy.

The latter section of the remembrance is especially interesting:

“Lee served in the Army during World War II, so it’s no surprise that he wrote many stories for an especially iconic character: Captain America. In his honor, send a letter to a service member with Sandboxx. And learn more about the master’s craft through Lee’s two instruction texts, How to Write Comics and How to Draw Comics, both available in Apple Books.”

Here are links to each item mentioned:

Apple often pays homage to iconic figures on their home page, but the App Store story is a great use of the redesigned App Store. Remembering Stan Lee only appears to be featured in the US App Store today, but it should surface by searching ‘Stan Lee’ even after today.