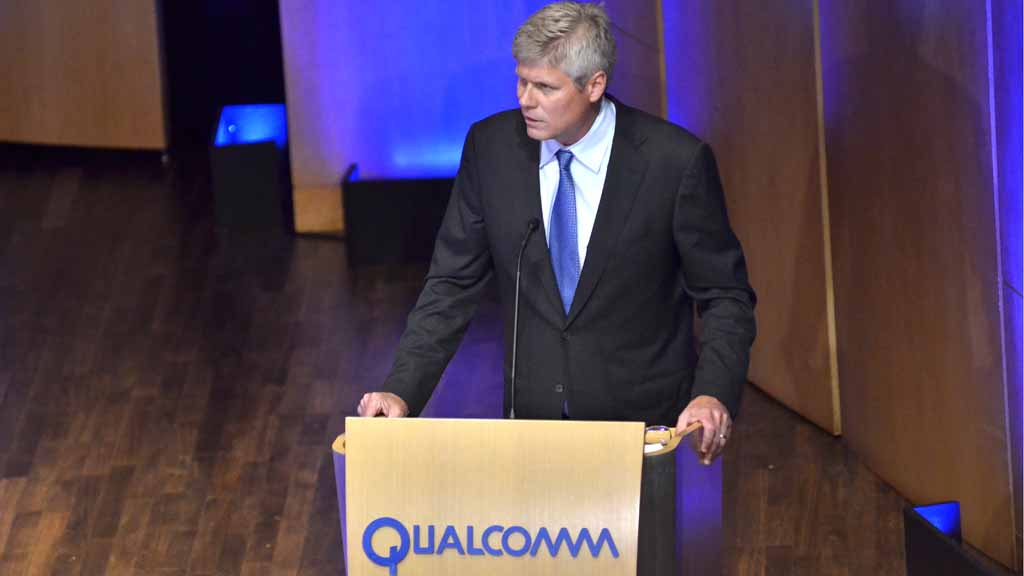 The ups and downs of Apple’s legal battle with Qualcomm continue today. Speaking to CNBC’s Jim Cramer, Qualcomm CEO Steve Mollenkopf stated that his company is “on the doorstep” of a resolution with Apple, despite what some have reported.

Speaking to Cramer, Mollenkopf explained that Apple and Qualcomm still “talk as companies,” despite the ever-escalating legal battle. Further, the Qualcomm CEO says that he still believes Qualcomm and Apple are close to a settlement – likely sometime this year or early next year:

“We’ve always talked about — I’ve been very consistent — that … the second half of this year and into next year is when we’re really on the doorstep of finding a resolution and we don’t see anything different than that,” the CEO said.

A report earlier this month suggested that Apple has “no plans” to reach a settlement with Qualcomm and is instead gearing up for a lengthy trial. It’s very possible that Mollenkopf is trying to spin some good PR for Qualcomm through this interview, but only time will tell.

Elsewhere in the CNBC interview, Mollenkopf said that when it comes to 5G technology, Qualcomm would “love to work with Apple.” Contrary to his wishes, however, reports have suggested Apple is working with Intel on 5G modems instead.

“I think there’s always an opportunity and a risk when you have these big G transitions, or the generations of wireless change,” he told Cramer. “It’s the opportunity to either be left behind or to make sure that you’re part of that new generation. Of course, we work with everybody. We would love to work with Apple.”

As a quick refresher, the legal battle between Qualcomm and Apple first started when Apple accused the chipmaker of illegally taking a cut of each iPhone sold. Meanwhile, Qualcomm fired back with its lawsuit alleging that Apple stole its trade secrets and gave them to Intel. Ultimately what comes of the dispute remains to be seen, but it’s clear Mollenkopf – legitimately or for PR purposes – remains optimistic.