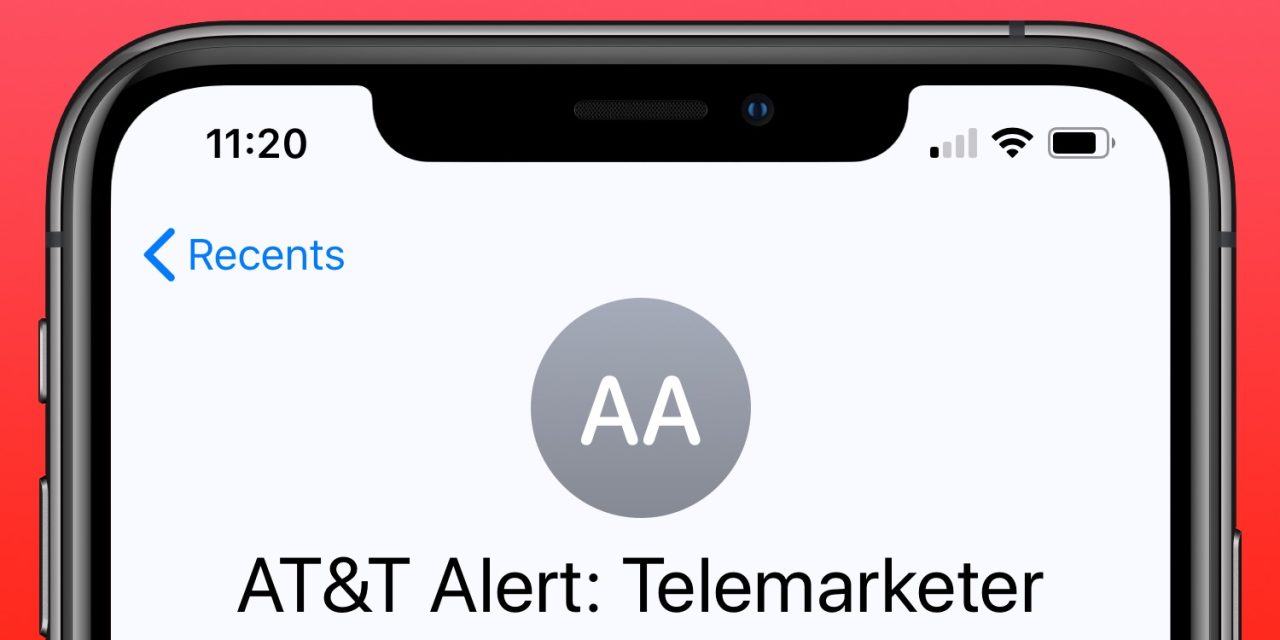 We want a lot out of iOS 13, but there’s one issue that’s becoming increasingly problematic on iPhones for a lot of customers: spam calls. This is something any future version of the iPhone software should tackle — iOS 13 or a point update like iOS 12.1.3 — if only by giving customers more control over how phone calls are treated.

There are subscription-based apps on the App Store that try to limit known spam callers from reaching you, but that’s a bit like paying a ransom to solve the problem. Sure, spam callers aren’t receiving the money, but throwing money at the problem doesn’t guarantee a fix either.

Recent calls I’ve received have been labeled as if they were a contact in my address book with names like ‘AT&T Alert: Telemarketer’ and ‘AT&T Alert: Fraud Risk’ which is helpful, but ideally these calls would never ring or vibrate and would only show as a missed call.

I’m never going to answer a call with a label like ‘fraud risk’ or ‘telemarketer’. Maybe this is something that the carriers and Apple can work together on in the future.

Carriers aside, calls have long had too much priority on iOS. Unless you’re actively using Do Not Disturb to silence all notifications, a phone call from a spammer or a wrong number can interrupt a video recording with a full screen notification that takes over your screen.

The fix would be to give users the option to demote call alerts to persistent banner alerts like a Reminders alert that sticks until you dismiss it. It wouldn’t even need to be the default behavior. Instead, Apple has promoted calls from all apps to the same disruptive alert style through CallKit, a helpful feature that makes Skype and Snapchat calling feel more native, but is unhelpful in this instance.

@pschiller please help stop spam calls, or at least make a Do not Disturb mode that’s only for calls. Please. pic.twitter.com/GPdOhZkAVN

More granular controls for managing who can interrupt you with a phone call could also be provided. For example, you could choose to only receive call alerts from someone in your contacts. If the number isn’t saved in your database, let it be a silent alert as an option.

For now, you can use Do Not Disturb which got a major upgrade in iOS 12 to filter calls from anyone who isn’t in your Favorites list, but that also affects notifications from all other apps. You could disable all notifications for the Phone app, but that only affects missed call and voicemail alerts.

And if you’re only dealing with one or two repeat offenders, you can block the unwanted caller and no longer be bothered by that number again. But iOS could go further with new features.

Spam calling is a hard problem to solve for both Apple and the carriers (and a cat and mouse game at that — close one hole and spammers will find another), but building more granular control over who is allowed to interrupt us with a phone call is possible today.