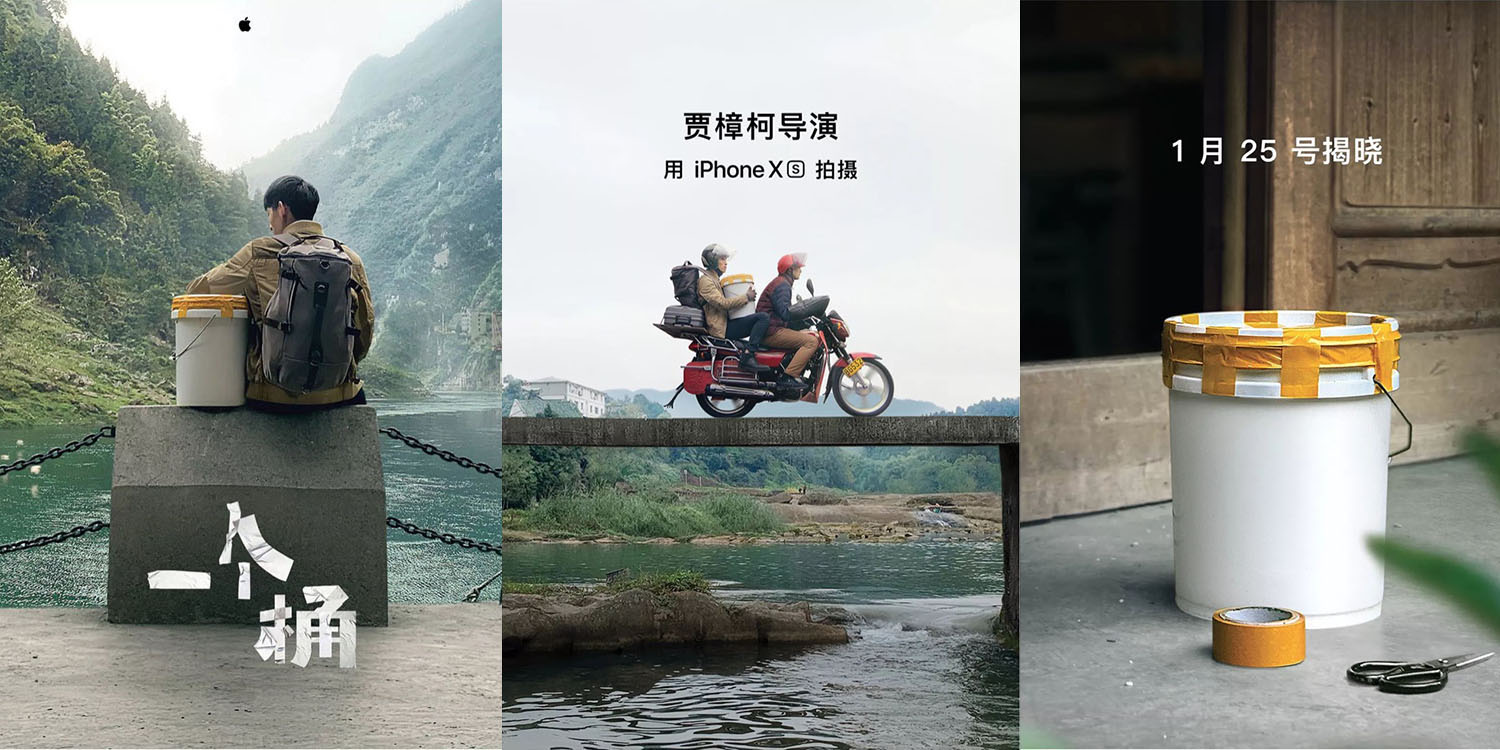 It looks like Apple will be sharing a new short ‘shot on iPhone XS’ film for the Chinese New Year, created by award-winning film director and screenwriter Jia Zhangke.

A post on Chinese social network QQ.com shares what appears to be teaser materials for the film. Text invites you to click on text to reveal the protagonist of the film, and doing so reveals a man with a taped-up bucket …

Other text asks whose story will be told, and how the secret will be kept, revealing further images of the man on the back of a motorcycle and a closer shot of the bucket.

A post on China IT News suggests that the film will be officially announced on January 25.

Jia Zhangke shot three short films while a student at the Beijing Film Academy, his second one lm Xiao Shan Going Home winning a top prize at a Hong Kong film festival. He went on to win the Venice Film Festival’s top award for Still Life, and NPR film critic John Powers said that Zhangke may well be the world’s most important film-maker.

Back in August, the Beijing Olympics opened with a dazzling, pyrotechnic ceremony that showed us China as its leaders would like us to see it –- a prosperous, unified, modern country that is able to do anything.

There is, of course, another, less glamorous China, and that’s the one you see in the work of Jia Zhangke, who may well be the most important filmmaker working in the world today. Now 38 years old, Jia has spent his life watching China go from being a backward Maoist nation to a booming, capitalist country that is equal parts police state and Wild West. This is the biggest and fastest social transformation ever, and Jia’s movies — which mix fiction and documentary — have the immediacy of bulletins from the front lines of history.

If your family reunion only lasts three minutes, what will you do? A unique Chinese New Year story shot on iPhone X by director Peter Chan.

The combination of the standard set last year and Apple’s choice of filmmaker this year suggests we can expect something rather special from this year’s ‘shot on iPhone XS’ short.

Apple has already shared a short film about a teenage athlete in American Samoa.