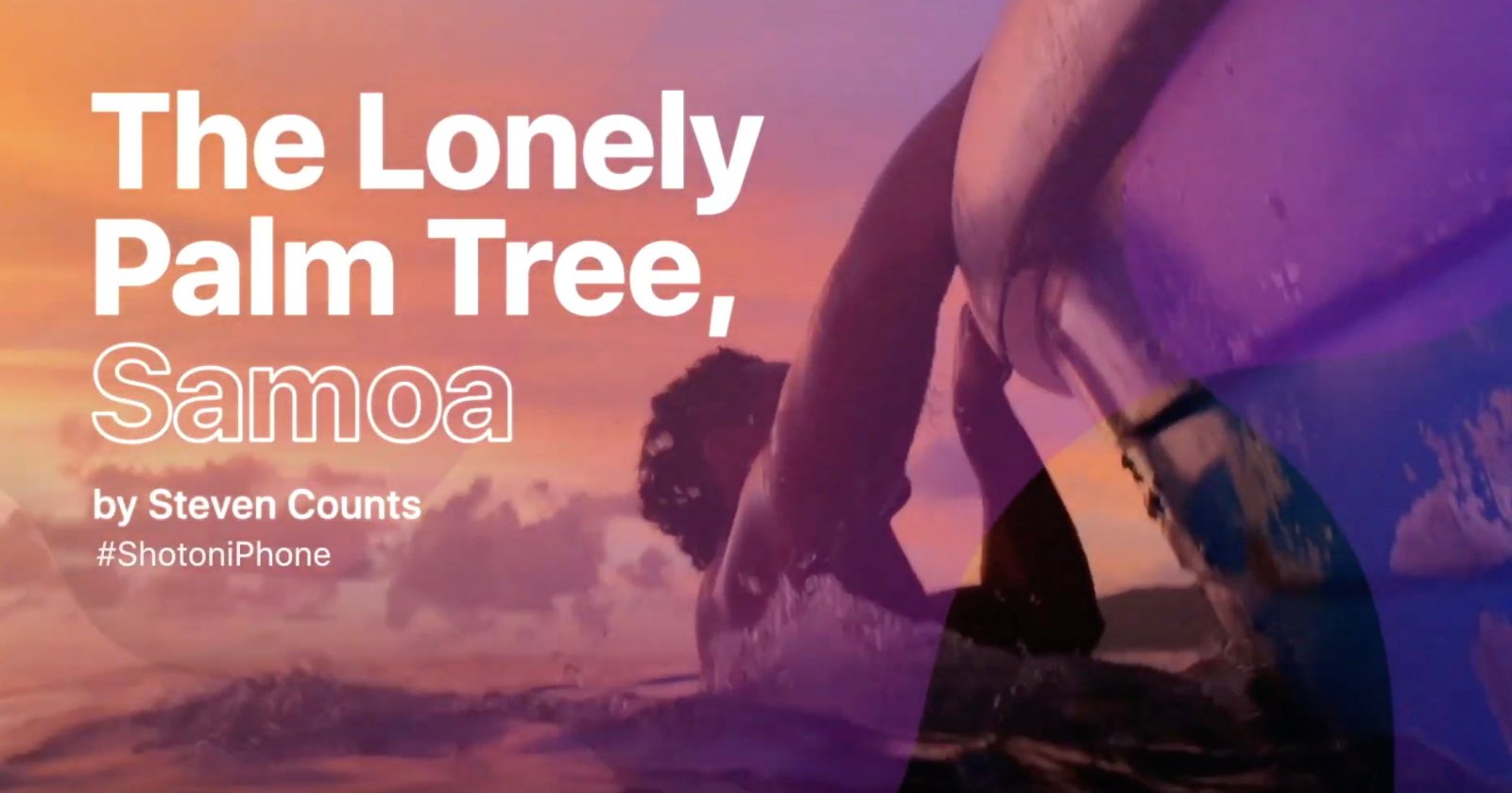 Apple today has shared a new ‘Shot on iPhone‘ video on YouTube. This time, it’s a 3-minute video that showcases American Samoa, a U.S. territory located the south pacific ocean, and specifically focuses on Eddie Siaumau, a 17-year-old athlete on the island.

The video was taken by photographer and director Steven Counts. Apple explains that American Samoa is far more likely to produce NFL athletes than anywhere else in the world:

American Samoa – ‘Football Island’ – produces athletes that are 56 times more likely to play in the NFL than Americans from anywhere else. Photographer and Director Steven Counts presents a portrait of Eddie Siaumau, a 17 – year old athlete who has just accepted a full ride scholarship to a D1 university.

The three-minute film includes stunning shots of American Samoa and follows Siaumau as he trains on the beach, in the gym, and more. Watch the full video below: