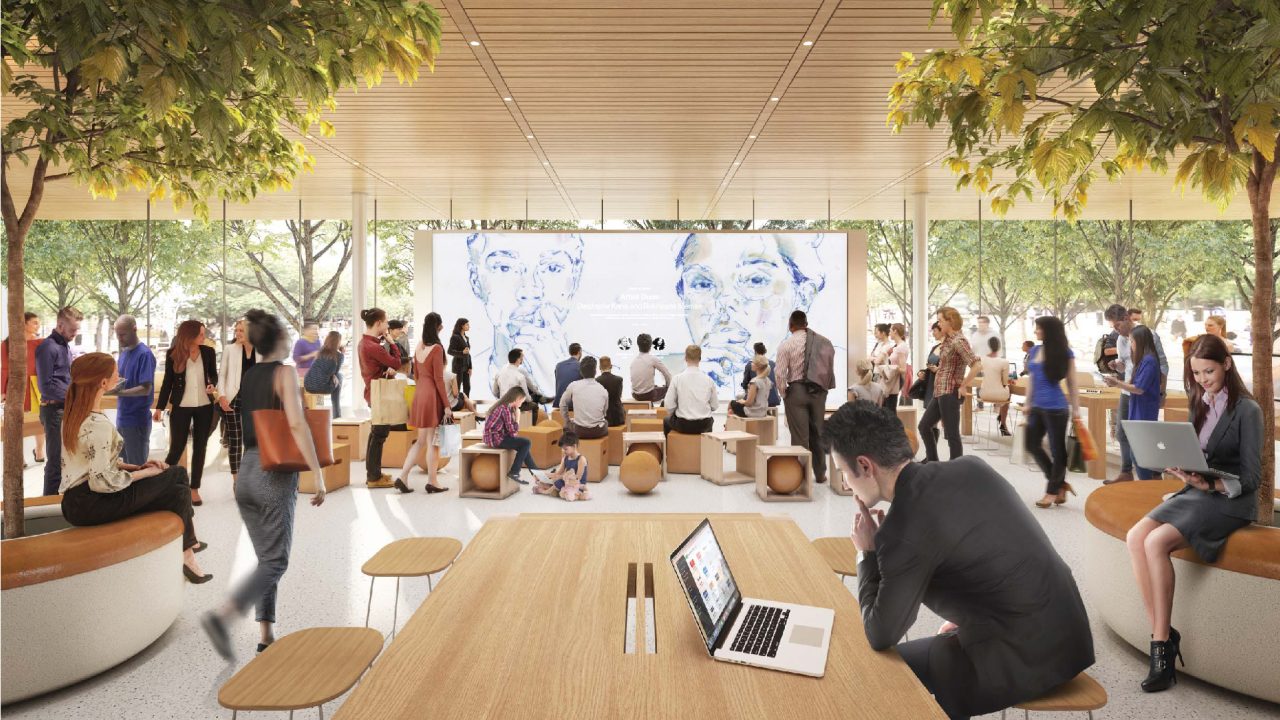 As the sun sets on plans to transform a historic park in Stockholm with the addition of a flagship Apple store, Apple is now looking to unload the property it planned to occupy and distance itself from the project, according to a new report from Swedish publication Fastighetsvärlden. The property sale would mark a disappointing end to an extensive and expensive investment for Apple as it seeks to expand and modernize its retail experience worldwide.

Last October, new Stockholm City Council leadership vowed to halt Apple’s retail plans for Kungsträdgården, one of the oldest and most respected parks in Stockholm. Designed by architects Foster + Partners, the store was destined to replace an existing TGI Fridays with a glass and stone pavilion anchoring the entrance to the public square. Swedish officials and citizens scorned the move as an attempt to privatize public space and commercialize a revered landmark in Stockholm.

Looking to recover well over three years of lost time and funds sunk into the project, Apple is now looking to sell the TGI Fridays site back to the city of Stockholm at a significant premium, today’s report notes. Stockholm Urban Development Committee member Björn Ljung claims Apple is seeking SEK 179 million (roughly $19.3M USD) for the property, a significant increase over the SEK 129 million ($13.9M USD) the plot was originally purchased for.

Part of the increased price tag may be due to ill will between Apple and the city following a multiyear public turmoil. After first showing off models of the proposed store in February 2016, Apple and Foster + Partners made significant design revisions after the building was deemed too large and intrusive to the park environment. Outgoing Retail SVP Angela Ahrendts was said to be personally involved in negotiations. 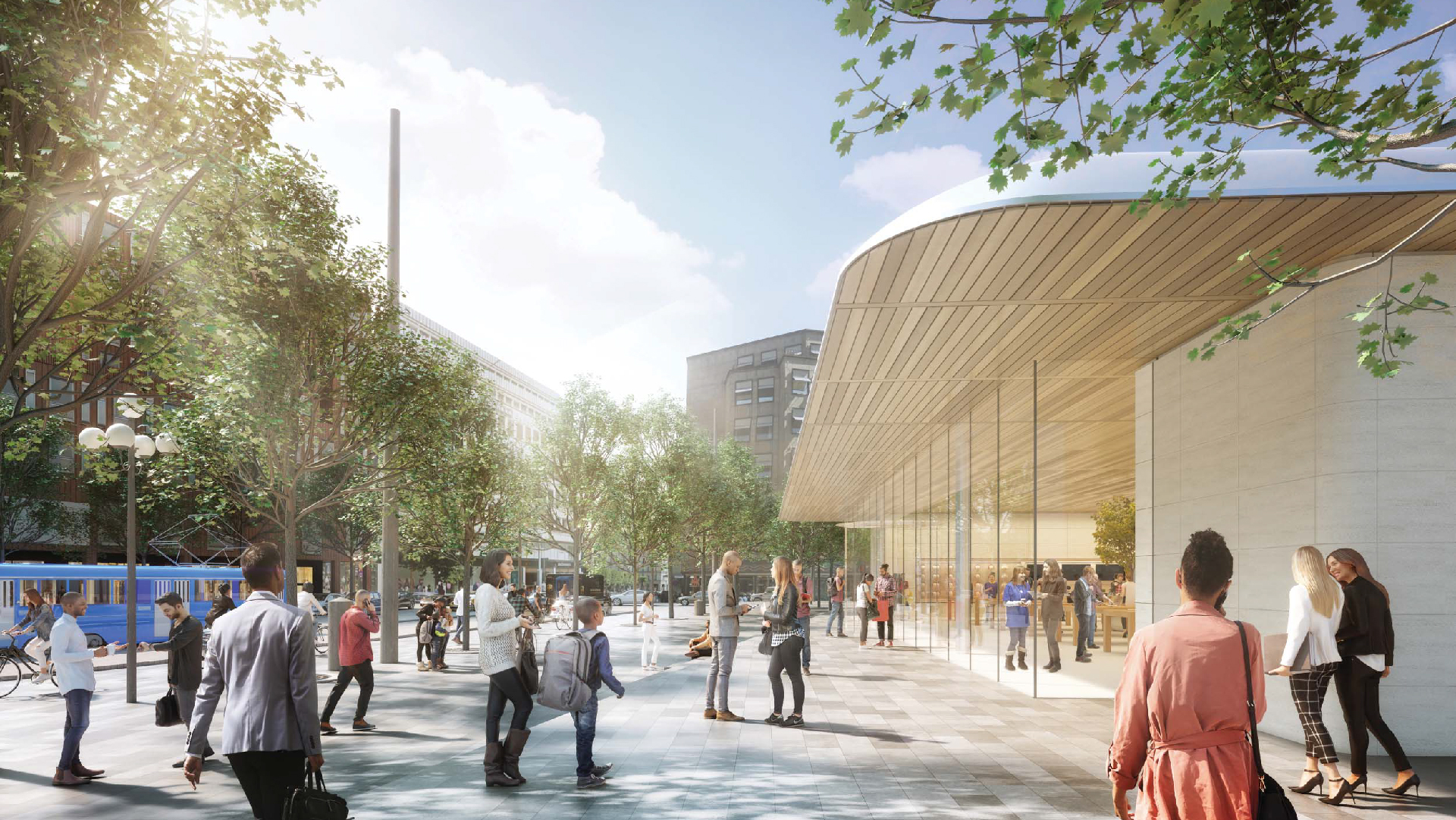 Last July, public consultation began on Apple’s draft proposal which eventually yielded more than 1,700 comments, mostly negative. According to Fastighetsvärlden, Apple representatives were “completely furious” after the store was ultimately blocked and told officials it wanted no further part in the project. Real estate company Vasakronan attempted to offer Apple other available properties in the city, but none of these options were suited to Apple’s retail tastes.

An earlier report notes that Apple may have been warned at the outset of the project that it would not be allowed to build in Kungsträdgården but went ahead with the purchase anyway. It’s possible that Apple overestimated the favor it holds with citizens and underestimated the resistance it would face to approval. Sweden currently offers just three Apple retail locations spread across the country.

Apple is facing a similar dilemma in Melbourne, Australia that is far from over. The highly publicized debate over the future of Federation Square continues as Apple pushes ahead with attempts to demolish the Yarra building and construct what would become Australia’s most significant flagship Apple Store. Most recently, Federation Square management applied for permits to demolish the structure despite an ongoing Victorian Heritage Register nomination at the site.

Negative reaction to Apple’s recent stores appears closely tied to usage of the phrase “town square” when describing the spaces. Earlier store projects situated in the hearts of communities across the world rarely gathered such close scrutiny despite their common goals and placement. Apple has distanced itself from the terminology in recent months, instead referring to new stores as community gathering places and pavilions for Today at Apple learning and creativity.