AAPL shares rose to over $200 today, moving the company back towards the trillion-dollar valuation that it originally achieved last August. The stock also just missed out on hitting ten straight days of growth, landing at $199.50 at the end of trading today, ending its streak of gains.

The last year has been rocky for AAPL shares. After seeing impressive growth in 2018 up until October, the stock dropped 33% in the following two months. It entered a death cross just before 2019 hitting a 52-week low of $149.

The new year started off with more bad news as Apple issued a rare earnings adjustment in large part to challenges in China. AAPL dropped almost 10% after the announcement, but CEO Tim Cook kept a cool head.

In hindsight, it didn’t take long for AAPL to recoup the $75 billion it lost after the earnings revision which happened at the end of January. Since then, the stock has seen consistent growth for the last several months and shares hit over $202 today bringing the company’s market cap to over $940 billion.

“After a turbulent few months, calm is being restored,” Wedbush tech analyst Daniel Ives said in a note on Tuesday. “With some recent price cuts demand trends are slowly turning around in this all-important region [China] for Cupertino.” 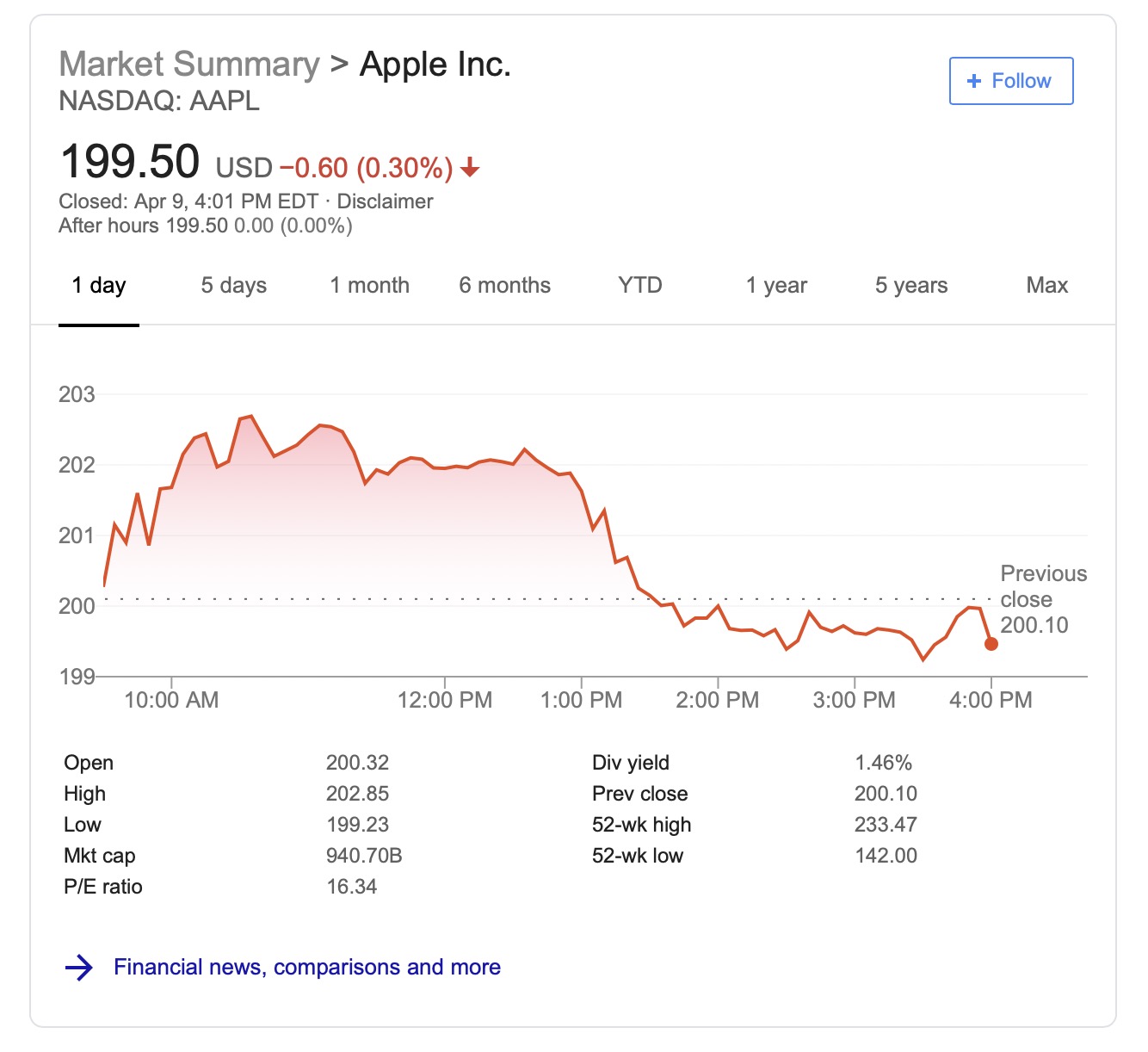